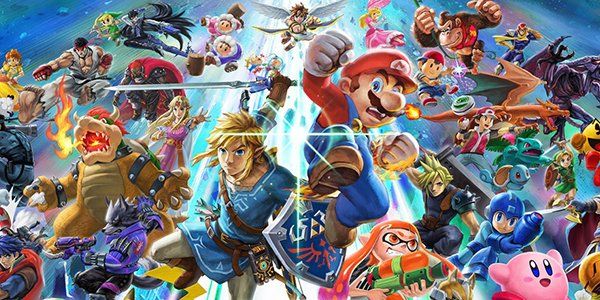 Over the weekend, Detective Pikachu opened to $58 million, the best debut ever for a video game adaptation. Couple that box office with decent, although not great, reviews and the plans for a Pokémon cinematic universe don’t seem entirely farfetch’d. Cinematic universes have team-up movies and long before 2012’s The Avengers, Nintendo was teaming up its iconic characters, including Pikachu, for a free-for-all battle in Super Smash Bros. (Pokémon aren’t entirely owned by Nintendo, but just go with me).

Super Smash Bros. would almost certainly be the biggest video game movie that could be made and the writers of Detective Pikachu would be interested in such a project, but it would have to be done in the right way. Writer Dan Hernandez explained:

Dan Hernandez brings up a great point that may seem obvious but isn’t always. For a movie on the scale of a Super Smash Bros. to work, there would have to be multiple movies introducing the various characters to audiences prior to having them all appear onscreen together in an adaptation of Nintendo’s popular fighting game.

Basically, Dan Hernandez advocates for the MCU approach to team-up video game movies, not the DCEU one where the studio just skipped ahead to the team-up without the build up of solo films. It’s not enough to just have multiple movies introducing characters though in advance of a Super Smash Bros. movie, those introductory movies have to be good.

As Dan Hernandez told Screen Rant, Kirby and Mario and Star Fox and Link all need to have the best possible solo films to make the movie of Super Smash Bros. work. On that latter character, the writer actually seemed to be quite interested in tackling a feature film adaptation of The Legend of Zelda.

I tend to agree that great solo movies and a build-up would be an absolute necessity for any attempt at a Super Smash Bros. movie. Yet, even if those prerequisites were met, it would still be a daunting task. Unlike the MCU, where all of the characters technically exist in the same universe, Super Smash Bros. is pulling from multiple, seemingly incompatible properties.

The MCU is able to impose a house style and tone that despite varying from film to film, basically allows for everything to fit together. Making a medieval warrior Link, a bounty hunter Samus and an Italian plumber Mario all exist in the same film is far more difficult. But at least animation allows for greater suspension of disbelief.

I think the focus should first be on getting good live-action movies of these characters, without any eye towards a team-up film. After all, we may be 20+ years removed from 1993’s Super Mario Bros., but video game movies by and large haven’t advanced that far in quality since then.

Detective Pikachu is now playing. Be sure you know what ticket to buy before going to see it and check out our 2019 release schedule for all the biggest movies headed to theaters this year.