Destiny 2 vs The Division 2 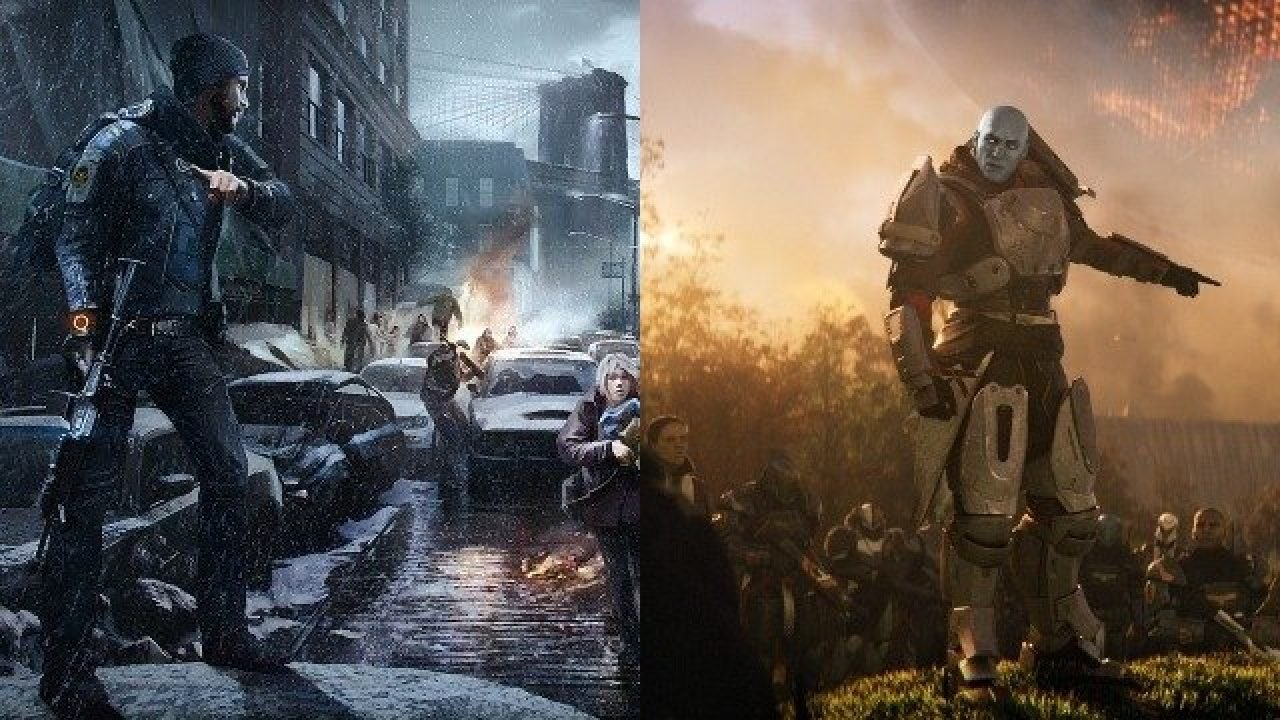 Learn how Destiny 2 and The Division 2 compare against each other in different areas in order to decide which of these games you would prefer to play.

What Are Destiny 2 and the Division?

Destiny 2 and Tom Clancy’s The Division 2 are both popular looter-shooter games with RPG elements and some other similarities. This automatically prompts comparisons much like League of Legends vs Mobile Legends. Although similar in some respects Destiny 2 and The Division 2 naturally have some differences as well. We will look at both games to see how well they match up and which is better to play.

Destiny 2 is a multiplayer first-person shooter released by Bungie in 2017. It is the sequel to the 2014 game Destiny and recently revived the Glass Vault raid from the original although some changes have been made. The latest expansion, Destiny 2: Beyond Light came out in November of 2020. Destiny 2 is free to play but players have to pay for expansion packs. A big part of the game is leveling up your character and acquiring the best weapons and gear which can take time. If you get hung up at some point you can always buy a paid Destiny 2 Not Forgotten carry and other boosts to help you through the rough patches

Tom Clancy’s The Division 2 from Ubisoft is an action role-playing video game that was launched in 2019. It is a third person shooter and is a sequel to The Division. The most recent expansion pack, Warlords of New York, was released in March of 2020. As with Destiny 2, leveling up your character and getting the best equipment are a major part of the game. Gear does tend to drop at a higher rate in The Division 2.

The fact that Destiny 2 is free to play is a major advantage. Destiny 2 is played from a first-person vantage while The Division 2 is a third-person shooter. It’s a matter of personal preference which perspective you prefer.

Both games have interesting stories. The premise of The Division 2 is that a lethal virus has wiped out millions of people and you must fight to keep civilization from sinking into total anarchy. The story for Destiny 2 is much more complex and has a lot of lore to back it up. You are a Guardian protecting the last safe city on Earth from both alien races and the Darkness. Of course this type of story isn’t for everyone but overall Destiny 2 gets the nod here.

The Division 2 and Destiny 2 both have pretty decent PvP modes. In The Division 2 you have the standard deathmatch and domination game modes as well as the dark zones which are kind of a hybrid PvE and PvP where you fight enemies and sometimes other players. Destiny 2 offers Gambit which is also a PvE/PvP hybrid but the Crucible is where the real PvP happens. Crucible has had a few issues but nonetheless Destiny 2 edges out The Division 2 for PvP.

For both The Division 2 and Destiny 2 loot is the driving force that motivates most players. In both games you gain items based on power level or gear score, working your way up to better weapons and equipment. Both also provide a lot of different opportunities to go out and earn rewards. For higher tier weapons and gear Destiny 2’s exotics take the cake. However, as previously mentioned gear drops at a lot higher rate in The Division 2. Rewards are far more consistent and you have a better idea going into a mission what you might earn. Despite the fact that Destiny 2 has some great exotics, The Division 2 comes out ahead when it comes to loot.

In Destiny 2 the environment is an entire galaxy with a variety of planets. The developers did a great job and many of the Destiny 2 settings are beautiful with some spectacular scenery. Destiny 2 is generally a better game to go exploring in than The Division 2. That being said, while the setting in The Division 2 is less fantastical and more limited, the way that an environment we are familiar with is shown devastated and ruined makes a definite impact. It’s hard to compare as one is complete fantasy while the other is grounded in reality. While exploring is more fun in Destiny 2 the environment in the Division makes more of an impression.

When it comes to character design Destiny 2 comes out ahead of The Division 2. The armor for different classes is unique and flat-out cool. Destiny 2 also allows a lot more character customization. In The Division 2 players can choose a gender, facial features and the clothing for their agent. Destiny 2 provides the option to play as non-human and players can customize the race of their Guardian, choosing race-specific feature such as glowing eyes, antennae, modular parts and pick a color for each feature. The customization options provide a lot more character variety. NPC’s in Destiny 2 have their little quirks and each is unique as well.

The Division 2 offers players a lot more builds and gadget combinations than Destiny 2. The thing is Destiny 2 has more weapon variety. The classes in Destiny 2 also perform much differently than each other. Players can use energy attacks on their enemies and have some awesome special abilities as well as more mobility. Fighting in Destiny 2 is faster paced and higher impact. The Division 2 requires a more tactical approach although in group play cooperation is important in both games. Again it is a matter of personal preference. If you like blasting away then Destiny 2 is the way to go, but if you enjoy tactics and strategy then The Division 2 is more likely to suit you

Destiny 2 and The Division 2 are among the best games in their genre and you will find strong advocates for both. You really can’t go wrong with either one and both will provide many hours of entertainment.