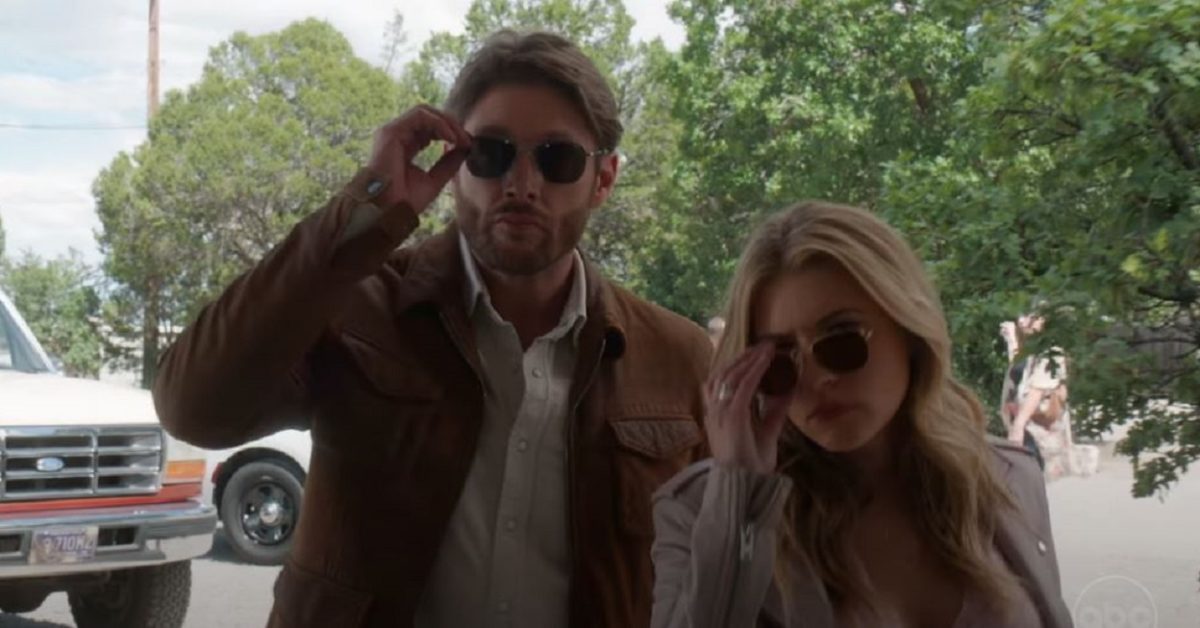 As we learned last month, the third season of ABC’s Big Sky finds private detective Cassie Dewell (Kylie Bunbury), undersheriff Jenny Hoyt (Katheryn Winnick), and newly appointed Sheriff Beau Arlen (Jensen Ackles) maintaining order in Helena, Montana. But when a local backcountry trip led by charismatic outfitter Sunny Barnes (fka Sunny Brick) (Reba McEntire) goes awry, the trio faces their most formidable mystery yet. With the series set to return on Wednesday, September 21, we have our first teaser for a season that’s now going by the title Big Sky: Deadly Trails– narrated by none other than McEntire, who has a way of giving the teaser that “down home” feel while also being painfully disturbing.

Mitchell’s Cormac is backcountry outfitter Sunny Barnes’ charming son. He’s the worker bee on her camping trips, making sure guests are always equipped and comfortable. Gabel’s Walter is a recluse who lives in a cabin in the Montana wilderness. His unpredictable nature can make for menacing run-ins with stray hikers. Cusick’s Avery is a well-meaning, successful tech entrepreneur who books himself and his stepdaughter Emily on Barnes’ camping trip. Pisharody’s Luke is a city slicker whose girlfriend Paige dragged him onto Sunny Day Excursions for his birthday. Horcher’s Paige is a New Yorker and Luke’s girlfriend who booked them both on Sunny’s camping trip.

Based on the books by C.J. Box, ABC‘s Big Sky is executive produced by Kelley, Ross Fineman, Matthew Gross, Paul McGuigan & Box and is produced by A+E Studios in association with 20th Century Fox Television. A+E Studios is the studio unit of global media company A+E Networks, LLC. 20th Century Fox Television is a part of Disney Television Studios, alongside ABC Studios and Fox 21 Television Studios. Production on the second season of Big Sky moved to Rio Rancho, NM, from Vancouver. Elwood Reid serves as showrunner and executive-produces alongside Kelley.

Attorney at Law Come Out?