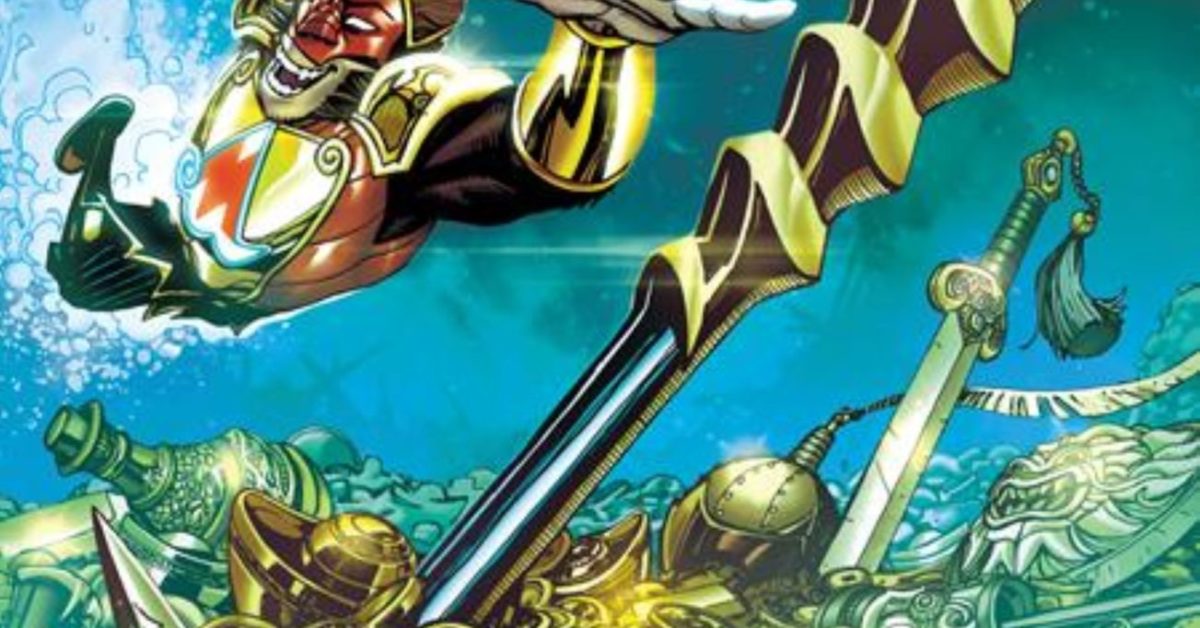 Monkey Prince by Gene Luen Yang and Bernard Chang is a twelve-issue mini-series published by DC Comics, remaking the Monkey King legend for the DC Universe, and having been published by DC every month through 2022 since the beginning of February. But after the sixth issue of the comic book published this week for the beginning of July… there has been no sign of the comic book in question in the August or September 2022 solicitations for DC Comics. But I’m told it should pop up in the next one as #7 will return from DC Comics in early October 2022. Here are those solicits that have been published so far.

MONKEY PRINCE #1 (OF 12) CVR A BERNARD CHANG
(W) Gene Luen Yang (A/CA) Bernard Chang
Introducing the newest hero in the DCU, the great sage, equal to the heavens, better than his predecessor the legendary Monkey King, even better than the Justice League—and definitely the Teen Titans—(actually, all the heroes combined), everyone put your hands together for…the Monkey Prince! Marcus Sun moves around a lot because his adoptive parents are freelance henchpeople, so this month he finds himself as the new kid at Gotham City High School, where a mysterious man with pig features asks Marcus to walk through a water curtain to reveal himself as who Marcus really is…someone who has adventured through The Journey to the West, can transform into 72 different formations, can clone himself using his hairs, and is called…the Monkey Prince!
Retail: $3.99 In-Store Date: 2/1/2022

MONKEY PRINCE #2 (OF 12) CVR A BERNARD CHANG
(W) Gene Luen Yang (A) Bernard Chang (CA) Benard Chang
Batman and Robin fight with Pigsy over…a part of Monkey Prince’s body that fell off and is rolling around moving on its own? And Pigsy better grab it quickly, before Monkey Prince transforms back into Marcus Sun, because there’s no way a regular teenager could survive that!
Retail: $3.99 In-Store Date: 3/1/2022

MONKEY PRINCE #3 (OF 12) CVR A BERNARD CHANG
(W) Gene Luen Yang (A/CA) Bernard Chang
The bat’s out of the bag as Monkey Prince and Pigsy both realize what all the demon spirits around the world are after—eating specific superheroes in order to gain their powers! And this penguin demon has his eyes on…Batman! Uh-oh, Monkey Prince, it’s bad enough you have to keep hiding your tail when you’re Marcus, and how your circlet keeps returning latched onto your body as something else every time you try to get rid of it—but now cannibalism is also on the menu? YEOW!
Retail: $3.99 In-Store Date: 4/5/2022

MONKEY PRINCE #4 (OF 12) CVR A BERNARD CHANG
(W) Gene Luen Yang (A/CA) Bernard Chang
The Penguin, now possessed by a demon trying to consume Batman, has both Batman and Marcus Sun’s henchpeople parents captured! It’s up to Monkey Prince and Robin to work together in this unlikely hijinks team-up you never knew you so sorely needed to see for this not-so-dynamic duo to rescue their parents!
Retail: $3.99 In-Store Date: 5/3/2022

MONKEY PRINCE #5 (OF 12) CVR A BERNARD CHANG
(W) Gene Luen Yang (A/CA) Bernard Chang
Monkey Prince and Shifu Pigsy travel to Atlantis, where they believe a shard of Monkey King’s powerful jingu bang staff has fallen underwater…and if they can find it, Monkey Prince should be able to wield it…at least they think! Take a journey to the waters with them, down to the Chinatown district of Atlantis where all the Chinese sea dragons thrive!
Retail: $3.99 In-Store Date: 6/7/2022

MONKEY PRINCE #6 (OF 12) CVR A BERNARD CHANG
(W) Gene Luen Yang (A/CA) Bernard Chang
Marcus finds himself and his traveling-henchpeople parents in Amnesty Bay on their next villain’s gig…with Black Manta! And that only means one thing—Monkey Prince finds himself in yet another new high school! But when a mysterious goth girl named Sandra appears in school, Monkey Prince discovers she’s the key to finding Monkey King’s jingu bang…which is located somewhere in Atlantis!
Retail: $3.99 In-Store Date: 7/5/2022

Trademark For Intellivision Amico Has Been Abandoned

Neil Gaiman and Allan Heinberg Bring Dream to the Screen