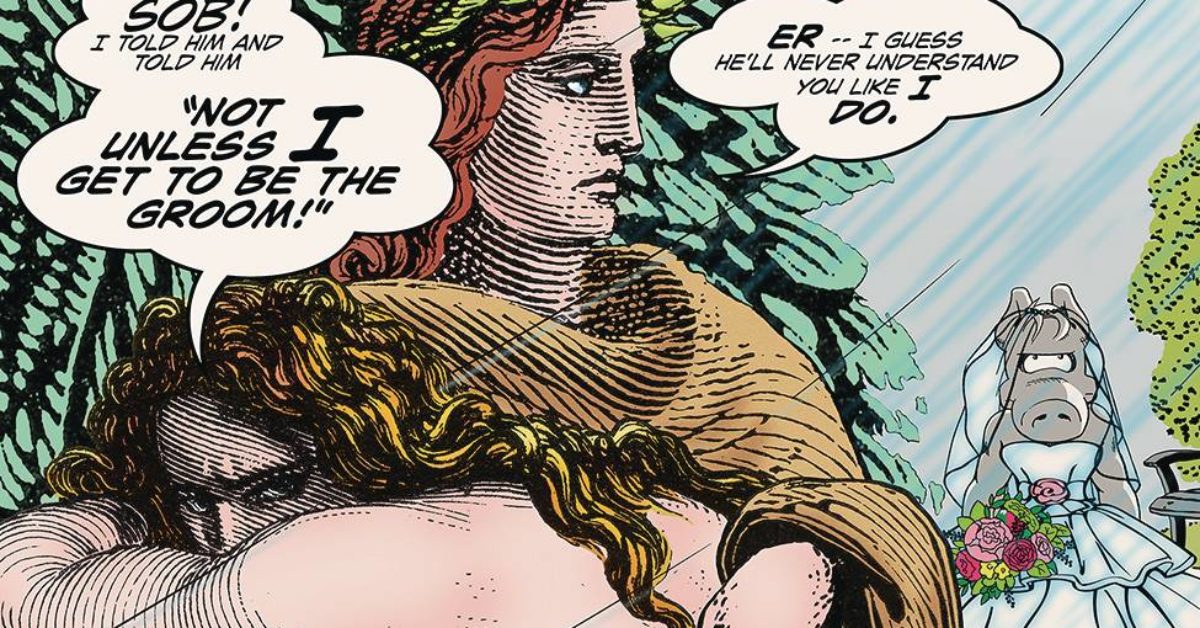 Dave Sim has, in recent years, taken his highly regarded 300-issue Cerebus graphic novel and transformed it into the ridiculed-then-mostly-ignored Cerebus In Hell. A series of one-shot cut-and-paste strips using his own work and that of Gustave Dove, alongside the likes of Benjamin Hobbs, Sean Michael Robinson and David Birdsong railing against and mocking what he sees as society’s and comic books’ moral deficiencies, with a series of Cerebus In Hell comics. And with each one-shot, tries to parody some aspect of comics and comics history in its cover and name, hoping to get some confused sales along the way along with a new issue number one. And, drop by drop, destroying what remains of his creative reputation.

And it seems that in September 2022, amidst the war in Ukraine, spiralling inflation, and monkeypox, Dave Sim has decided that he wants to have a go at trans rights. Of course, he does. Because he’s Dave Sim and that is what he does. And doing so with the language of 1950s romance comic books, because they were always such an authority on such issues. Expect a thud of indifference on publication.

CIH PRESENTS FLAILING AT LOVE ONE SHOT
AARDVARK VANAHEIM
JUL221055
(W) David Birdsong, Dave Sim (A / CA) Gustave Dore, Dave Sim, David Birdsong
Very Happily Married (just ask Marie) David Birdsong trashes his ex-wife and pretty much everyone else’s – past, present and future – relationships besides his own, starting with Cerebus’ on-line Porn Addiction and Free On-line Advice as to what to do about it, “Advice To a Lovelorn Whore” (that’s the ex-wife I was telling you about). That’s right! We’re bringing Mainstream Values to the comic-book field! Dishing the dirt and letting you figure out who it is we’re talking about! Nothing hotter in 2022 than TMI parodies of obscure 1950s DC romance titles (sad but true). In Shops: Sep 28, 2022 SRP: $4

The Forgotten World update releases a week early on Switch

Ms. Marvel lets the hero (and the viewer) actually explore the concept of djinn