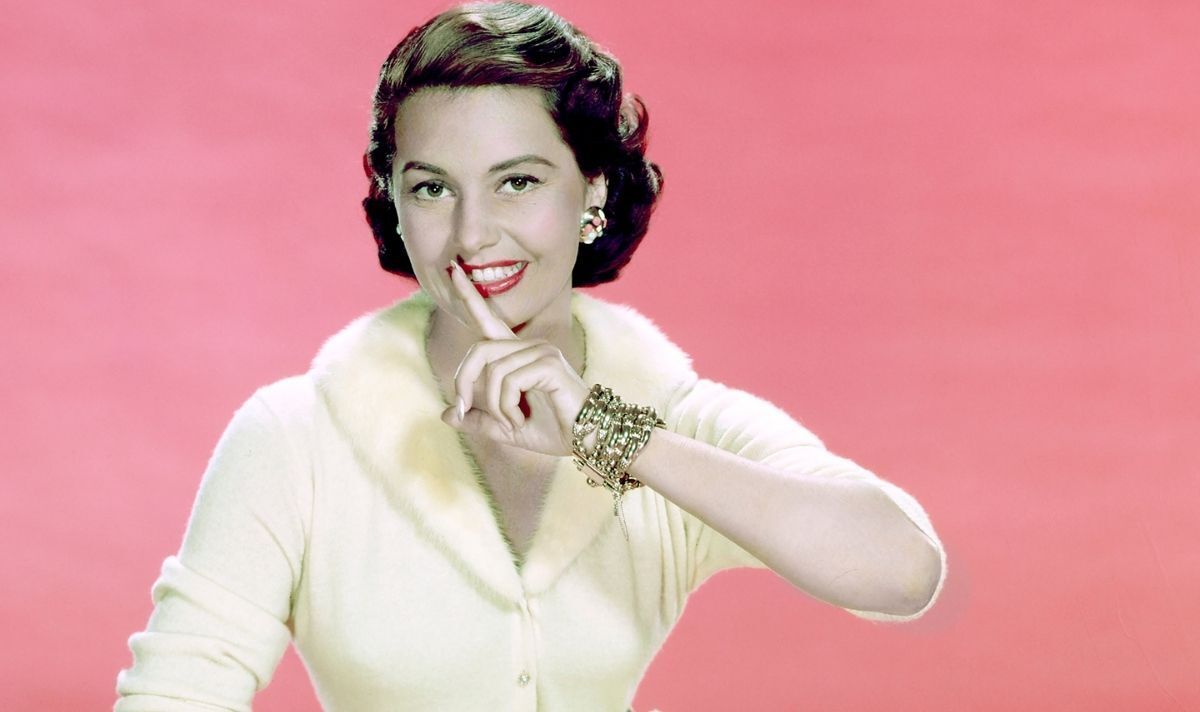 Cyd Charisse is on top form in the musical ‘The Band Wagon’, which airs on BBC Two this afternoon. A doyenne of the silver screen, the acclaimed dancer and actress stars alongside Fred Astaire. She plays Gabrielle Gerard, the dance partner of Tony Hunter, the ageing musical star played by Astaire. Both self-conscious about their abilities, the duo partner up as they smooth over their initial hostilities.

The results are phenomenal, with the musical featuring Charisse’s career-defining performances in numbers such as the ‘Girl Hunt Ballet’.

By the time she appeared in ‘The Band Wagon’, Charisse had a decade of film experience under her belt.

However, the dancer had to overcome major health troubles in her early years in order to seal her place in Hollywood history.

Born Tula Ellice Finklea in Texas, the star was a sickly girl and suffered from a bout of polio as a child.

Charisse came down with the life-threatening disease, which is caused by the poliovirus, at the age of six before she started dancing to help her build her strength.

JUST IN: Game of Thrones’ Rose Leslie refuses to ‘nanny’ husband Kit Harington amid past struggles

In an interview quoted by The Week in 2015, the star said: “I was this tiny, frail little girl. I needed to build up muscle.”

When she was 12 and on holiday in Los Angeles, her parents enrolled her in a ballet school in Hollywood.

A year later, aged 13, she joined the Ballet Russe and toured with the company in the US and Europe.

The Washington Post wrote that Charisse’s ballet training gave her “a whole different way of carrying herself, pulled up and light, her legs stroking forward like a cat’s.”

She was not unusually tall – around 5ft 6in (167cm) – but her extra-long legs gave the illusion of giving her several extra inches.

In 2001, the actress featured in the Guinness Book of World Records under ‘Most Valuable Legs’.

The record was attributed to a $5million (£3.9million) insurance policy she took out on her limbs in 1952.

The extra height Charisse appeared to have been blessed with due to her long legs ruffled feathers with her co-star Astaire, who was shorter than her.

The co-writer of the ‘The Band Wagon’s score Howard Dietz claimed the producers gave him modified shoes to account for his short stature.

He was quoted in the Daily Mail in 2008 as saying: “Cyd was several inches taller than Fred.

“Her long legs made her look streamlined like the Chrysler Building – Fred was more General Motors.

“The discrepancy was a problem, but the producers wanted Cyd and built up Fred’s ego – and his heels.”

‘The Band Wagon’ airs on BBC Two from 12:10pm this afternoon.