Curse of the Dead Gods

The Roguelike express shows no signs of slowing down. The once-niche genre has exploded in popularity in recent years with countless games from developers both big and small flooding the market. The novelty of dying and retrying arguably wore off a while ago, and yet, just when you think you couldn’t possibly hack another dungeon, a game like last year’s Hades comes along and proves the genre still has legs. Curse of the Dead Gods is the latest game hoping to become the hot new roguelike thing.

A back-to-basics action-roguelike from Masters of Anima developer Passtech Games, Curse of the Dead Gods has spent the last year-or-so percolating in Early Access. The game has accumulated its share of fans during that time, but will the full version of it be able to hack it with a wider audience? Grab your torch, it’s time to delve in…

The Surge Developer Deck13 Opens a New Montreal Studio, Next Game Coming in 2022

Curse of the Dead Gods casts players as the questionably-named British explorer Caradog McCallister, although you wouldn’t necessarily know that from playing the game itself. The story here is as simple as it gets – while searching for treasure you get trapped in a temple and have to find your way out, even if it means beating the crap out of a few gods in the process. Don’t expect any dialog, cutscenes, or characters aside from ol’ Caradog. Codex entries for the game’s enemies and bosses are about all you get.

At least the game does good job of setting the mood, with a simple, yet sharp visuals. The game features three temples to work through, each of which presents a different take on the game’s overall Mesoamerican theme – the Jaguar Temple is fiery and imposing, and Eagle Temple is earthy and overgrown, and the Serpent Temple is a diseased cesspit filled with eldritch horrors. Each temple is packed with fun little touches, like piles of skulls that roll away as you hit them or vines that can be burnt with your torch. Still, I do wish the overall presentation was a little less dry. Games like Hades have shown you can do a roguelike without forgoing character or story. 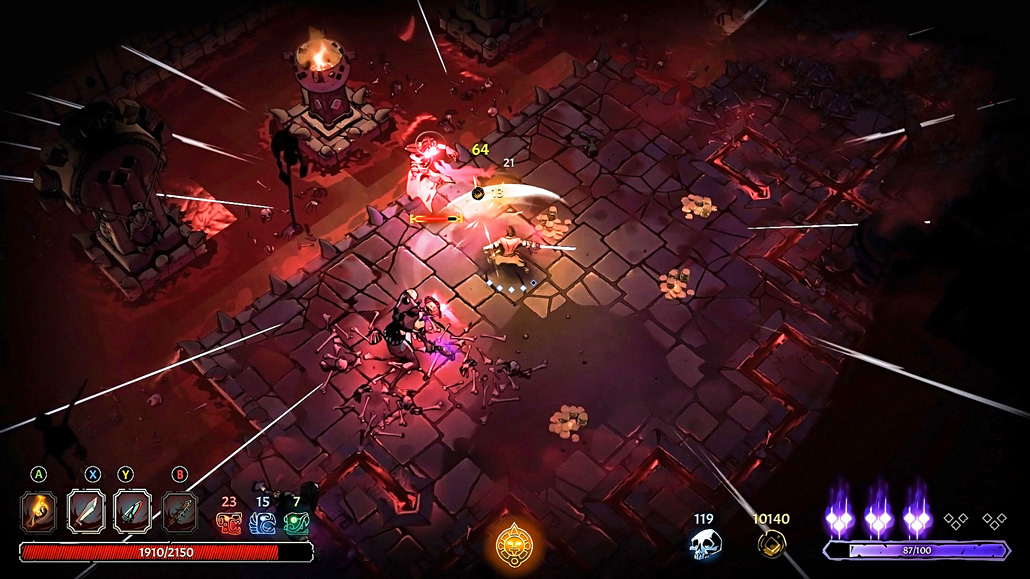 Curse of the Dead Gods’ combat is simple yet satisfying. You can carry three weapons at once — one in your main hand, one in your “off” hand, and one that requires both hands to wield. Each of these weapons is assigned to a face button on your controller and you can switch between them instantly, allowing you to chain together deadly combos. The fourth face button switches to your torch, which is important, as darkness increases the damage you take and makes traps invisible (it’s always a good idea to ignite any braziers you see when you enter a new area). Finally, the right trigger makes you dodge and the left trigger lets you parry, provided you time it properly. And that’s about it. Thankfully, everything feels very smooth and responsive, and while the barrier to entry isn’t high, there’s plenty of room for mastery.

There are a wide variety of weapon types in the game, from swords, to hammers, to whips, and bows, just to name a few. Each weapon type has its own unique feel and strengths, and you can combine them as you see fit to forge your own play styles. Wade into the thick of the melee with heavy hammers and shields, stick and move with razor-sharp claws and whips, or rain down death from afar with throwing knives, pistols, and bows. Who knows? Roll with the weapons the game throws at you and you may find some unexpected favorite combos. 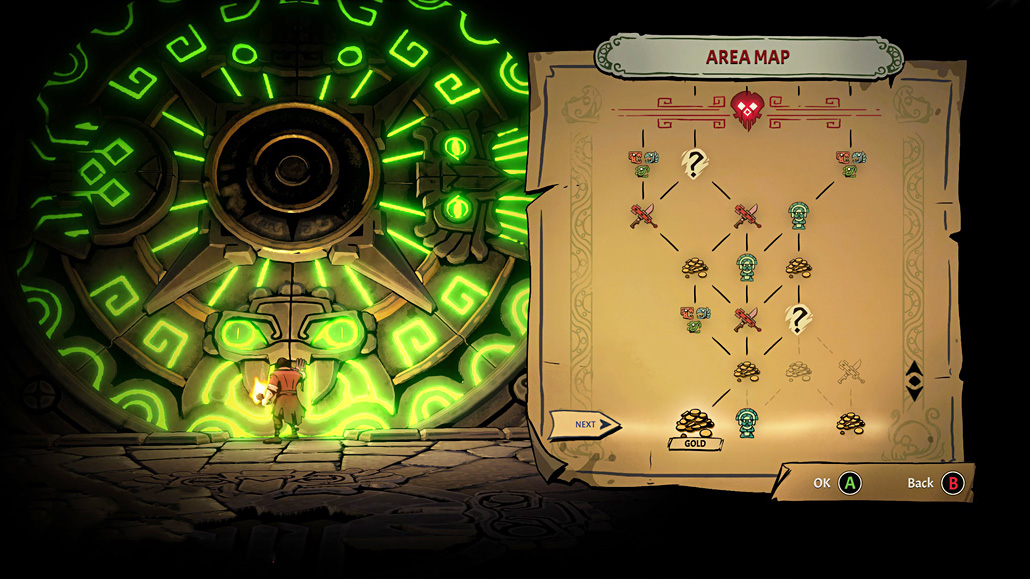 Each temple run requires you to make your way through a series of “rooms” (actually consisting of several rooms or battle arenas in most cases), punctuated by boss battles. Between stages, you can choose your path via a simple map, with each node indicating what type of bonuses you can expect. Plotting your course wisely is crucial – do you recharge your health or grab some gold in a treasure room? Do you pick up a new weapon or upgrade your current one? As you work your way through the rooms, you’ll steadily level-up your stats and collect Relics that will grant you crucial buffs, but becoming more powerful isn’t a simple one-way street.

The main thing that sets Curse of the Dead Gods apart from other roguelikes are its titular Curses. Every time you pass between rooms or absorb damage from certain enemies, you’ll receive Corruption. You can also opt to pay for upgrades, relics, and weapons with blood instead of gold, which will raise your Corruption. If your Corruption reaches a certain threshold, you’ll receive a Curse. The first four Curses you get aren’t that devastating, as they usually inflict both a negative or positive effect, but your fifth Curse is a nasty twist of the knife that almost certainly spells your doom. During longer runs, making sure not to pick up that fifth Curse will be one of your greatest challenges. 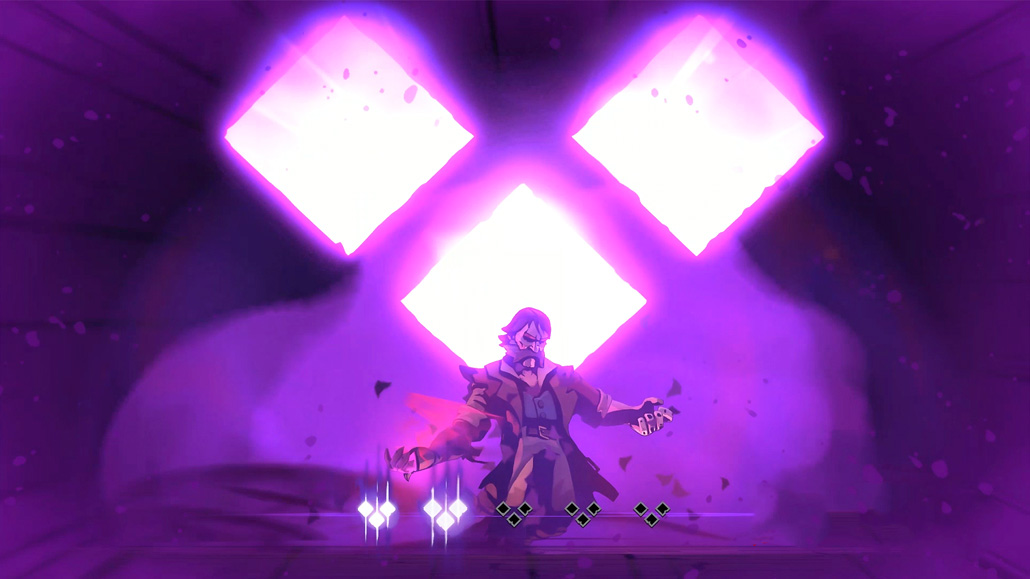 Of course, this is a roguelike, so you will be dying. A lot. It’s important to note Curse of the Dead Gods is not an RPG, it’s a more traditional action roguelike, so there’s no way to hold onto stat increases or your favorites weapons after you die. That said, there are some ways to improve your chances for future runs. You can unlock and equip up to three buff-granting Blessings, expand the pool of weapons you can find in temples, and build and improve the altars that offer you weapons at the beginning of a run.

Unlocking permanent upgrades feels good at first, but eventually they stop feeling particularly meaningful. Beyond a certain threshold, you’re going to need to rely on your combat skills, which isn’t a bad thing, although the addition of the Curse system can make for a particularly punishing experience. Getting to the end of the game without getting that deadly fifth Curse requires almost perfect play – get hit with a couple Corruption-inflicting attacks early on and you may as well pack it in. What seems like a fairly accessible game at first is actually one of the most difficult roguelikes I’ve played recently. 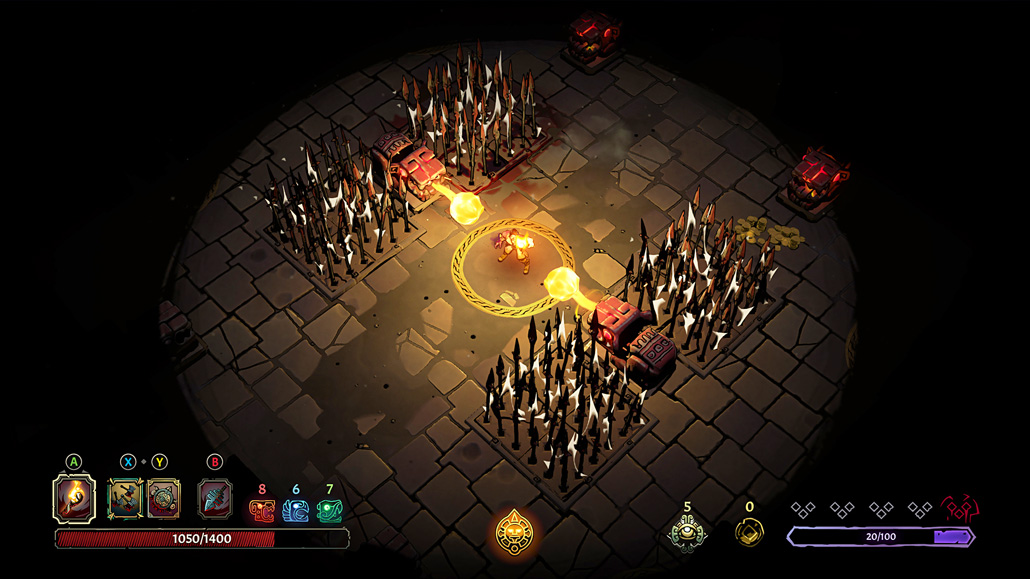 But hey, roguelikes are supposed to be hard, right? Getting to the end should be a rare, hard-won achievement! I get and agree with that, but the fact is, beating Curse of the Dead Gods is going to require a lot of runs, and the game just doesn’t have the variety to support that. While the game shuffles the order of its rooms and randomizes loot and enemy placement to a certain degree, the layout of each one is pre-determined. You’ll quickly become very familiar with every temple’s rooms, especially the ones you encounter early on in a run. Also, there just aren’t enough different enemy types, with certain grunts appearing over and over ad nauseum. Elite-level roguelikes like the original Rogue, NetHack, and Spelunky procedurally generate their levels, so you get a completely original adventure each time. Alternatively, Hades takes a more conservative approach to randomization, but serves up an unusually engaging world and characters. Curse of the Dead Gods doesn’t really offer variation or story. 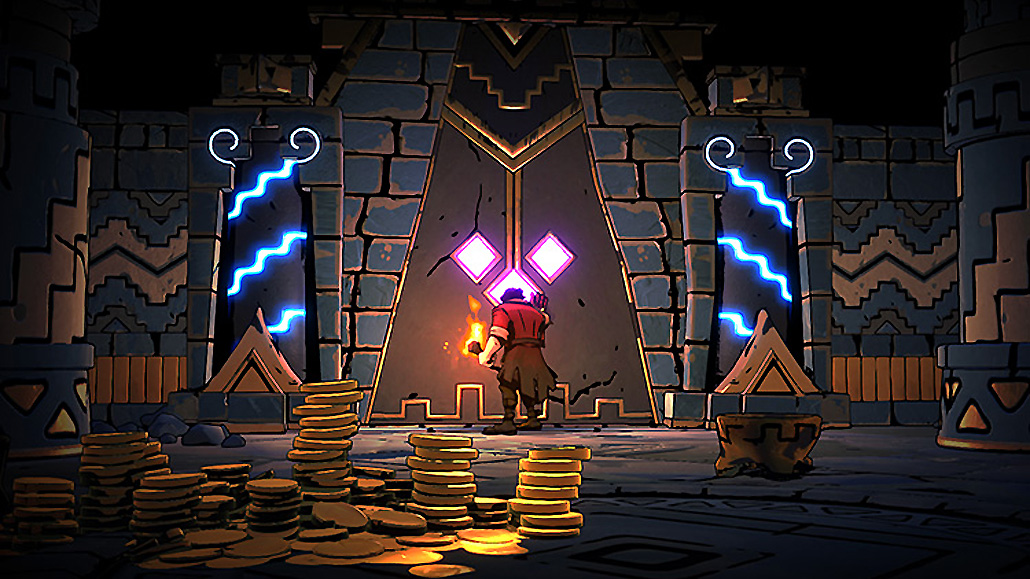 Of course, whether a game is too grindy or repetitive is subjective. Some people find learning the layout of every room in a game like this calming and satisfying. Some folks will love Curse of the Dead Gods, I have no doubt, but there will be others who don’t find it as engaging long-term as the best games in the genre. I didn’t. But hey, if you’re down for the grind, there’s certainly a lot to keep you busy here – expect to take a good 20 to 30 hours (depending on your skills) to beat the game, and after that, there are harder modes and additional challenges to tackle. Whether you can tolerate staring at the same temple walls for that long, is up to you.

This review was based on a PS4 copy of Curse of the Dead Gods (played on a PS5) provided by publisher Focus Home Interactive.

Curse of the Dead Gods is a fun, polished, and mechanically-sound roguelike with a few smart twists. Unfortunately, a lack of personality and variety means it’s also a game that gets less interesting the longer you play it. Hardcore roguelike fans will enjoy their time with these Dead Gods, but less dedicated players may find themselves praying for relief. 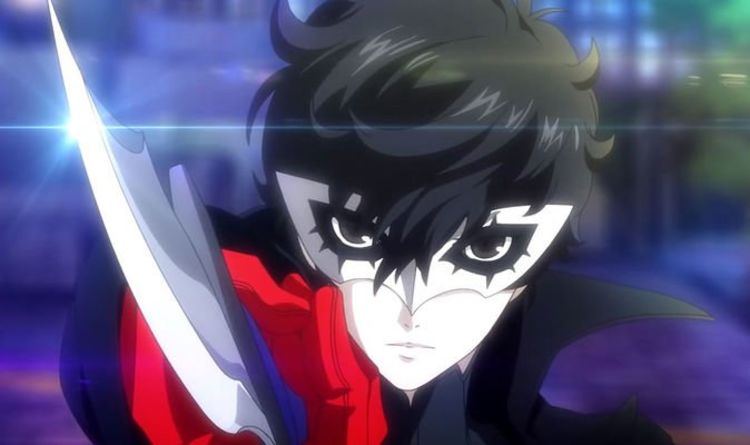 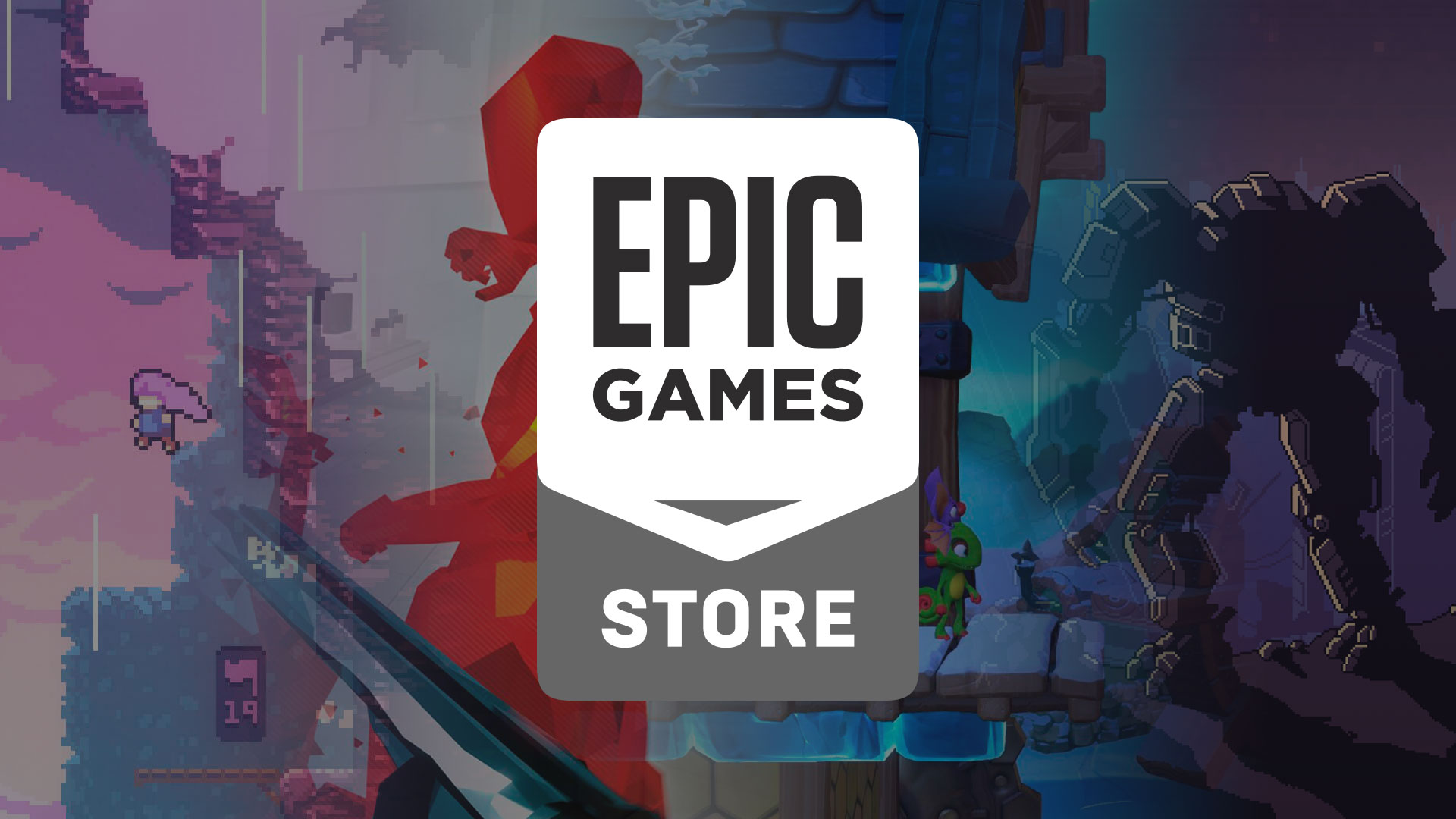