Cunningham and Ryall join with Aftershock 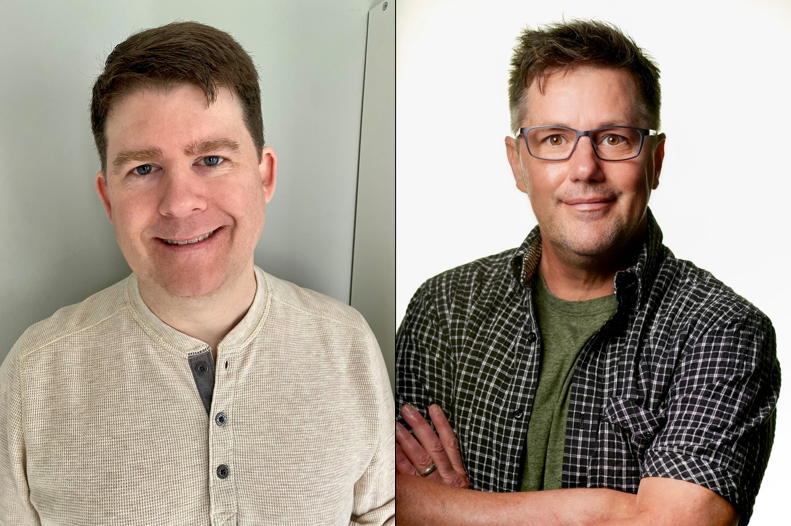 The comics exec merry go round continues. Brian Cunningham, formerly Senior Story Editor at DC, has joined Aftershock as editor in chief. And former IDW President and CCO Chris Ryall has signed on as a consultant.

Cunningham and Ryall are much liked executives so yet another good move. And let’s go to the enthusiastic statements from all concerned:

Cunningham, an accomplished and widely respected professional with more than 25 years in comics, has edited several New York Times-bestselling collections of comics and graphic novels, and was a founding editor of the Folio Award-winning Wizard magazine. As a DC Comics editor, he shepherded such series as Batman: Earth One, Superman, Justice League, Wonder Woman, The Flash and the Eisner Award-winning Jimmy Olsen. In addition to editing, Cunningham also teaches a course about comics at UCLA.

“AfterShock stands for quality comic books, and there’s a reason why they’ve grown to be a major player in the industry, as dedicated as they’ve been to working with creators to tell their best stories across a variety of genres,” said Cunningham. “I’m thrilled and grateful to be called upon to carry on that tradition and build on that success. I can’t wait to work with Joe, Lee and the entire AfterShock team.”

“Brian Cunnigham brings to AfterShock a long track-record of success, excellence and respect,” remarked Joe Pruett, AfterShock Publisher and Chief Creative Officer. “He’s one of a few that when you say ‘his reputation speaks for itself,’ you can actually back it up with a slew of advocates and admirers. He brings a healthy thirst for ‘good story’ and professionalism to his work and as AfterShock looks to the future, I’m excited to have Brian’s vision helping to lead the way.”

Further helping to steer the company through its next phase of growth, industry veteran Chris Ryall will be working with AfterShock as a publishing consultant, effective November 1st. An accomplished and well-respected writer and creative leader, Chris is perhaps best known as the former President and Chief Creative Officer of IDW, where he spearheaded the expansion of that company’s portfolio of creator-owned and licensed books.

“My relationship with Chris goes back 15 years or so when my Desperado Publishing imprint moved under IDW’s corporate umbrella,” said Pruett. “To say that the man is accomplished would be understating how much of an impact he has had in the comics community over the past two decades. Not only does he have a great eye for talent and story (Locke & Key anyone?), but he’s also never been one to stand still. I can’t wait to regularly pick his brain.”