Cult of the Lamb Preview 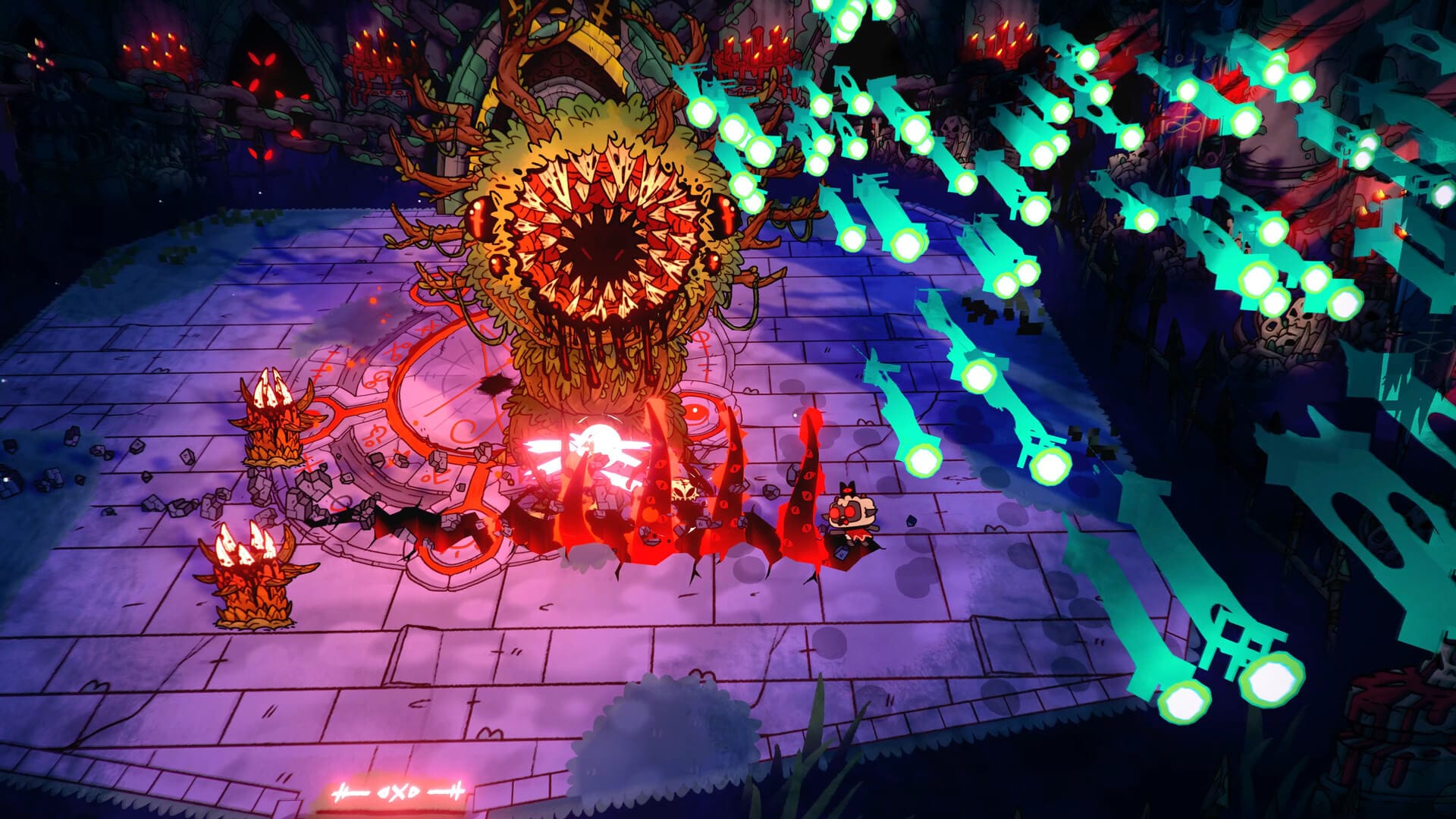 I love The Binding of Isaac. Anybody who knows me will tell you that. It’s not only the game on Steam that I have the most hours in, but it’s the game I have the most hours in across any platform. Few games have came close to TBOI in my mind over the years (Hades is the one that comes to mind most recently), but now there’s a new contender on the roguelike horizon in Cult of the Lamb.

Cult of the Lamb certainly fulfills the archetypical definition of a roguelike. It’s a game that’s different every single time you play it, in which you pick up new weapons and fight waves of enemies, travelling from room to room and fighting bosses. In this regard it’s actually quite similar to The Binding of Isaac, a game in which you also pick up new weapons, fight waves of enemies and fight bosses.

Cult of the Lamb brings a unique charm to the fray though, with your playable lamb literally being the cutest thing I have ever laid witness upon with my own eyes (and it’s a stiff competition between this and my girlfriend’s dog). The little I played of the game certainly did the typical roguelike gameplay loop extremely well, with every hit feeling responsive and every boon doing something markedly different to another. In addition to picking up new weapons you also collect tarot cards, which act as a way to upgrade your stats, your attack, and your health.

Of course, being an archetypical roguelike isn’t enough in 2022, which is why Cult of the Lamb has something else waiting for players. Hades had the catch of being an intensely story- and character-driven roguelike, and like that title, Cult of the Lamb also has a unique selling point to it.

What Cult of the Lamb does differently from many other roguelikes is that, as the leader of an increasingly adorable cult, you’re attempting to gather as many followers as possible. You do this by saving them from your enemies, usually after defeating some kind of not-cute boss (that’s your distinction between enemy and ally in this game. If they’re cute, care for them, if they’re not cute, they die). You have to provide for them by building structures and providing food for them, as shown in my preview. In my short time with the game I got to gather resources and build a campfire for my followers so that I could then bake a pie for them with cherries that I’d foraged for. It’s something I’ve never really seen done before in a game like this, and for what it is, it was pretty fun. 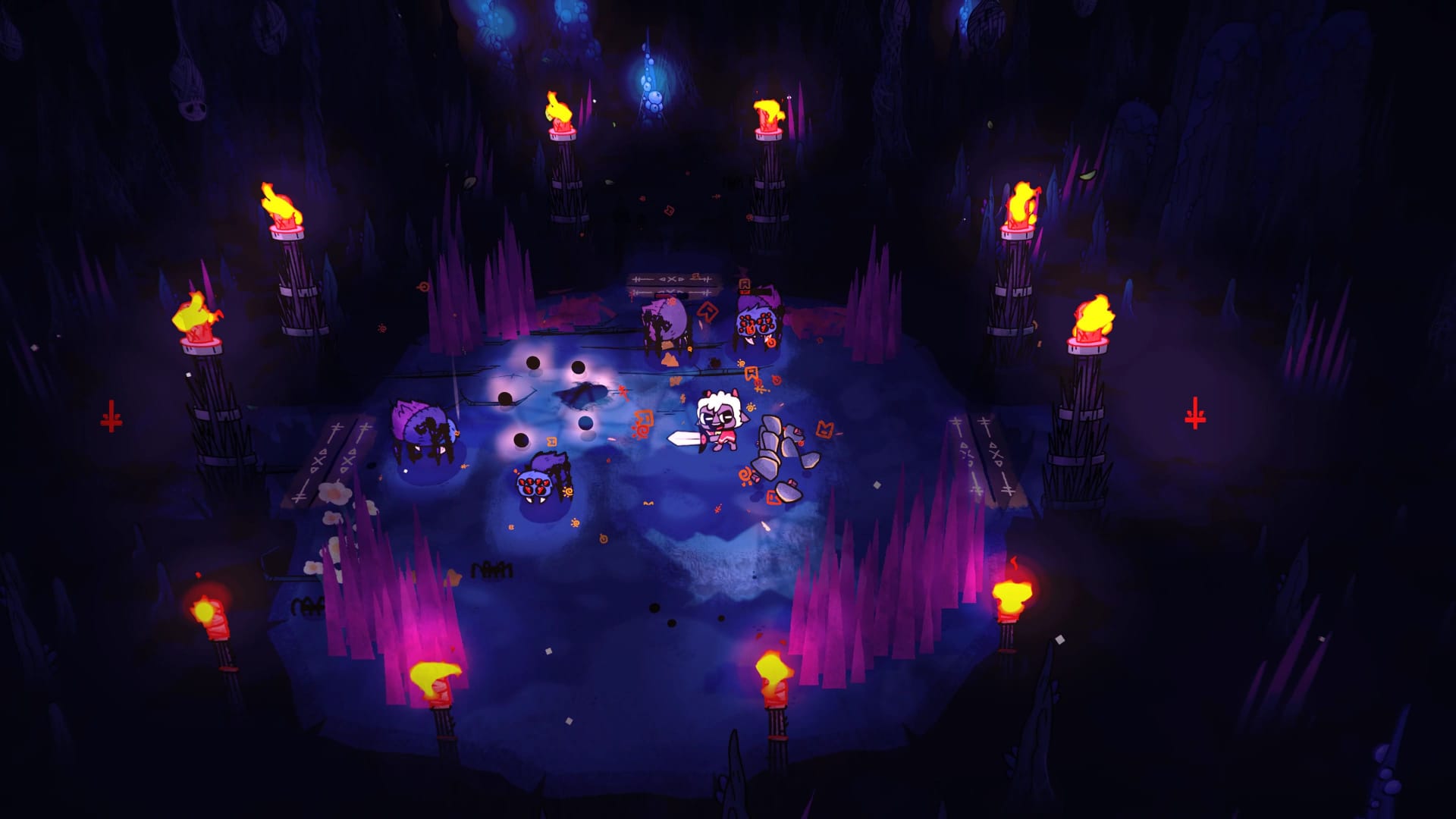 There’s also elements of the game that I sadly didn’t get to see in action, but that have promise. You can seemingly take your followers into battle if the menu screens are anything to go by, which also implies that the later difficulty of the game spikes dramatically. It wasn’t exactly hard in my time playing it, which might be a point against it in the eyes of some people. There’s multiple doors you can go through in the game that assumedly lead to a different area (I chose the forest area), so the landscapes will also differ throughout the game. My only real question about the game is whether or not it has a definitive final boss, or if this is the type of roguelike that could go on forever.

Cult of the Lamb is shaping up to be a hell of a roguelike, mixing in base-building elements with that of controlling and making an army. If I were a betting man, I’d say it’s worth keeping this on your Game of the Year contender cards and watching for any gameplay that might drop between now and release.

TechRaptor covered Cult of the Lamb on PC via Steam with a code provided by the publisher.