CSI: Vegas Season 2 Found Its Replacement For Exiting Season 1 Star, And That’s Not All 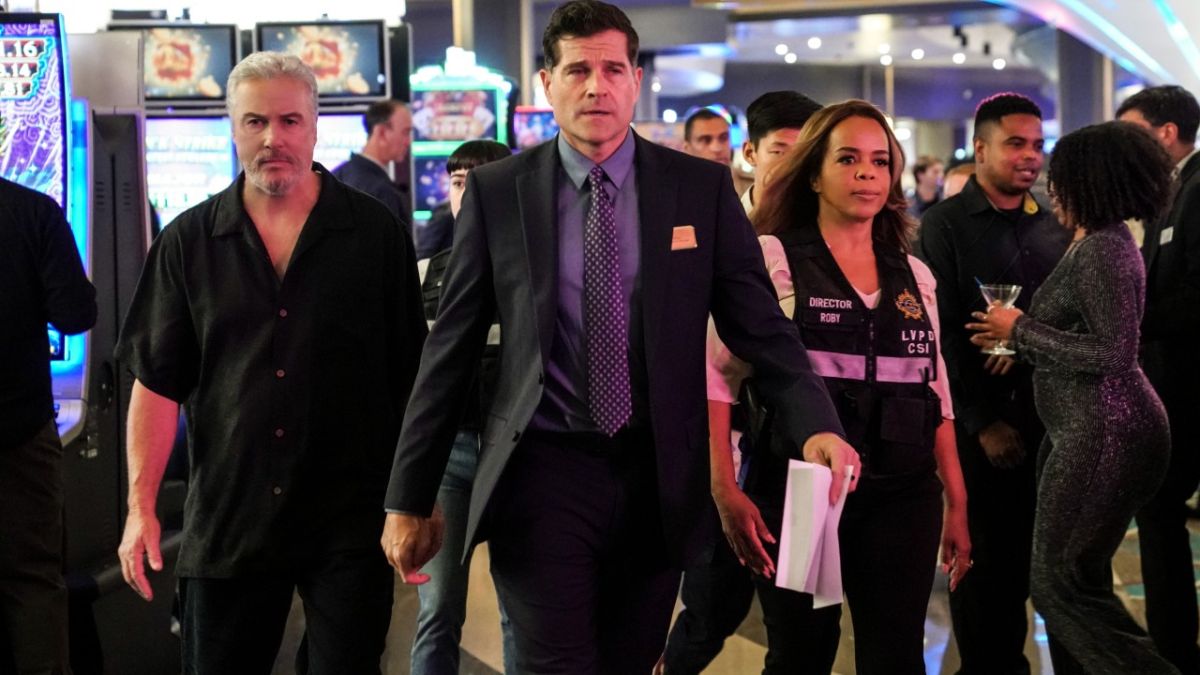 CSI: Vegas is looking more and more different with its upcoming second season. The cast of the newest CSI iteration is starting to take on its reshaped state with Season 2 set for filming,  on the distant heels of the departures of original stars Jorja Fox and William Petersen, with the latter having only agreed to a one-year deal to begin with. The show will also be missing another familiar face in Mel Rodriguez, who departed the show as its Chief Medical Examiner Hugo Ramirez. Now, the CBS crime drama has revealed that particular void will be filled by Future Man and Twilight Zone vet Sara Amini, and she’s bringing an assistant in as well.

Sara Amini has signed on to join the CSI: Vegas team as head Medical Examiner Sonya, which will be a recurring role. There will be some familial support involved as well, at least from a fictional standpoint, as The Marvelous Mrs. Maisel’s Joel Johnstone will recur as Sonya’s older brother Jack, who will serve as the assistant Medical Examiner, according to Deadline. It’s not known how many episodes they will both be in, but with a recurring role as an M.E., it’s likely to be a decent amount of episodes.

The casting announcement comes after Mel Rodriguez was initially announced to be leaving the show in January 2022. At the time, it was only announced that he was exiting as a series regular, but with two new Medical Examiners in town, it’s unlikely fans will see Hugo Ramirez hanging around the lab anytime soon.

Sara Amini and Joel Johnstone are the latest new stars to join the cast, as CSI: Vegas promoted an actor and added two stars to Season 2 in May. They join Lex Medlin as Beau, Ariana Guerra as Serena, and veteran CSI: Vegas actor Jay Lee as Chris Park. The ensemble certainly looks different compared to what what the original CSI: Vegas cast list looked like, but it should be interesting to see how they will come into play in the upcoming season. Especially since a former CSI star will return.

Amini has been quite busy lately, and it looks to remain that way in the future. She appeared in Disney+’s Hollywood Stargirl earlier this year and is set to star in the new Hulu movie Mack & Rita. She’s also appeared in shows such as The Rookie, 9-1-1, and NCIS: LA, alongside the aforementioned Future Man and Twilight Zone. She also has lent her voice to multiple video games such as Spider-Man: Miles Morales and Ratchet & Clank: Rift Apart.

Johnstone, meanwhile, is best known as Archie Cleary on Amazon Prime’s hit series The Marvelous Mrs. Maisel. He was also in ABC’s The Astronaut Wives Club, HBO’s The Newsroom, and Getting On. He’s appeared in other projects such as S.W.A.T., L.A.’s Finest, The Resident, and Longmire.

It’s hard to tell whether CSI: Vegas can work without William Peterson and Jorja Fox, but this blossoming cast sounds very promising. Hopefully more CSI veterans will return to keep things going, but as for now, fans will just have to rely mostly on the newbies keeping the CSI franchise afloat.

Season 2 of CSI: Vegas premieres Thursday, September 29 at 10 p.m. EST on CBS. Check out CinemaBlend’s 2022 TV schedule to see what else to look forward to!