Without a doubt, Final Fantasy VII is the biggest and most beloved game in Square Enix’s historic JRPG franchise. Infamously lauded as “quite possibly the greatest video game of all time” back in 1997, FFVII has spawned plenty of spin-off games, a movie, and gave birth to one of the most anticipated modern remakes we’ve seen in the last decade. Most of the aforementioned spin-off games feel like shameless cash grabs perhaps, but we shouldn’t forget that little gem on the PSP from 2007 that helped reframe the entire epic saga.

Crisis Core: Final Fantasy VII Reunion is a remake of the PSP RPG, and as I mentioned in my early preview of the game, it looks and feels wonderful. Reunion is a lovely encapsulation of your rose-colored memories of what Crisis Core was like on the PSP; the character models look crisp and clean, the entire game is fully voice-acted now, and there are little improvements to the combat system that make it feel much more fluid and snappier.

Players take control of Zack Fair, a 2nd Class member of Shinra’s SOLDIER, who feels like the antithesis of Cloud Strife right off the bat. Zack is warm and sunny, and while his goofy antics may be off-putting at first, he quickly matures into a much more nuanced character with more depth than you might expect.

Indeed, Zack is truly the heart and soul of Crisis Core. If you don’t care for him, absolutely nothing about the game works. Thankfully, though, Zack’s characterization has been handled excellently, and it’s easy for the player to warm up to him quickly and empathize with him throughout the journey. He’s a goofball who knows when to get serious, and while there are times where he can tread too closely to the line of being a typical, cringey anime protagonist, there is enough restraint in the game’s writing to keep him from turning into a total dumbass. It’s a tricky balance to manage, but Zack somehow manages to remain likable for the entire runtime.

This is important, because it must be said that Crisis Core’s story itself can sometimes be –how should I put it– a complete mess.

Now don’t misunderstand me here; the characters of Crisis Core themselves are mostly excellent. While Zack’s mentor, Angeal, may come off as a boring square at first, he’s also layered with enough nuance and depth that allow players to start to see things from his perspective. As the original wielder of the iconic Buster Sword, Angeal’s story also gives more meaning to the beloved weapon beyond just looking badass.

Sephiroth is another standout here, though that shouldn’t come as much of a surprise. He’s widely regarded as the best villain the Final Fantasy series has ever seen, and it’s refreshing to see him as one of the “good guys” in Crisis Core. There’s a constant sense of dread and menace that permeates through all the scenes that Sephiroth is in, and that uneasiness never quite goes away.

Other familiar faces like Cloud and Aerith show up as well, and again, part of Crisis Core’s strength comes from being able to present these characters in a slightly different light. It’s satisfying to see how these characters behaved before the events of FFVII, and to learn what motivated them. Zack and Aerith’s little meet-cute relationship, in particular, was one of the strongest aspects of Crisis Core back when the game first launched. It might be a little cliched at times, but look, rom-coms are popular for a reason.

What doesn’t hold up well –if it ever did– is Genesis, who continues to be one of the most annoying and obnoxious antagonists in the series.

Genesis serves as the main antagonist for most of Crisis Core, and yeah, he’s still a bore all these years later. Without getting too deep into spoiler territory, his backstory pales in comparison to that of Angeal and Sephiroth’s, and it certainly doesn’t help that he’s always reciting awful prose in virtually every scene he’s in. I cannot overstate how much of a pretentious dummy Genesis is, and the fact that so much of the story revolves around him is a real disservice to Zack and Crisis Core as a whole. There’s a reason why this man never comes up again in FFVII canon. The less said about him, the better.

Genesis isn’t the only blemish on the face of an otherwise very fun and enjoyable action RPG. Playing through the game again for the first time in over 10 years, I’d completely forgotten about the silly mini-games that Square Enix saw fit to shove in for some reason. These range from silly (and inexplicably difficult) quick-time events where you have to slash through missiles to weird stealth missions and even –I kid you not– a shooting challenge with a sniper rifle.

These aren’t optional, mind you. I must’ve blocked these out of my memory because playing through Reunion, I was surprised whenever a mini-game popped up to ruin the pacing of the story and they were a chore to get through. The worst part is that they’re so obviously shoehorned in as padding, as they’re all one-offs that add little value of the game and never show up again.

The other part of Crisis Core that feels dated by today’s standards is the game’s mission system. In-between each chapter, you’ll unlock new side missions that can be accessed through a save point. They’re your primary source of experience and leveling up, and they also reward you with some of the best equipment in the game. The problem is that they’re all extremely repetitive, often tasking you with fighting bosses you’ve already fought, or running down hallways to fight mobs before fighting another boss.

Crisis Core’s missions are only tolerable because the combat is so good, and Reunion polishes it and makes it feel even better. The controls feel responsive, and the combat only gets even more enjoyable as you unlock new Materia and various spells and skills to weave into your combos. The game is pretty easy for the most part on Normal difficulty, but being able to just spin slash groups of enemies with a magic-based blade skill never gets old.

It also helps that Reunion now features a new mechanic called the Ability Gauge, where enemies will telegraph their big moves, giving you a chance to reduce the damage they do or negate it completely. If you’re able to deal enough damage to completely deplete the Ability Gauge, the enemy’s move gets canceled, and the fight continues as per normal.

The Digital Mind Wave (DMW) also continues to be Crisis Core’s most enigmatic and unique feature. I’ve sung enough of its praises in my preview, but I thoroughly enjoyed the way the game used the DMW to clue us into Zack’s feelings at any point in the story and let us know who he was thinking about. Character portraits get added to the DMW, which is basically a slot reels system, and whenever you line up three of the same portraits, you get to use a limit break skill.

A specific character might pop up on the reels more often if Zack is thinking about them, which just adds more emotional stakes to the story. The DMW also no longer pauses the game whenever minor effects are triggered, which helps keep things moving along in battle.

All of these little changes certainly help to make Crisis Core a little more palatable for a modern audience, and while there are parts of the story that haven’t aged well, I’d still maintain that it’s well worth playing for folks who are invested in the FFVII saga. It’s difficult to put into words just how satisfying it is to watch Zack undergo a full character development arc over the course of 15 hours or so, and I’m glad he’s finally getting his time in the sun again. Especially with the way the story is going in FFVII Remake, Crisis Core Reunion feels like an important intermission episode (no shade to Episode Intermission, which is also awesome) that should be experienced at least once before the next game releases.

It’s funny, revisiting a game you haven’t played in over 10 years and realizing that maybe it wasn’t quite as perfect as you’d thought, and a little sad. After Reunion was first announced, I wasted no time in telling my colleagues that it was a near-perfect Final Fantasy game and everyone should play it. Having played through the entirety of Crisis Core again, it seems that perhaps 14-year-old me wasn’t quite mature enough to recognize its flaws at the time, and of course, it’s entirely plausible that I was blinded by how good the CGI fights looked on Sony’s little handheld device. They still look good on the PS5, by the way.

Even so, the rough edges are a reminder of Crisis Core’s charm and its PSP roots, a console that I’ll admittedly always have a soft spot for. Yes, the mini-games are awful but they don’t last very long, and yes, Genesis still sucks, but at least the rest of the cast manages to carry the game. Crisis Core: Final Fantasy VII Reunion isn’t perfect, but it’s got a lot of heart. And sometimes, that’s enough. 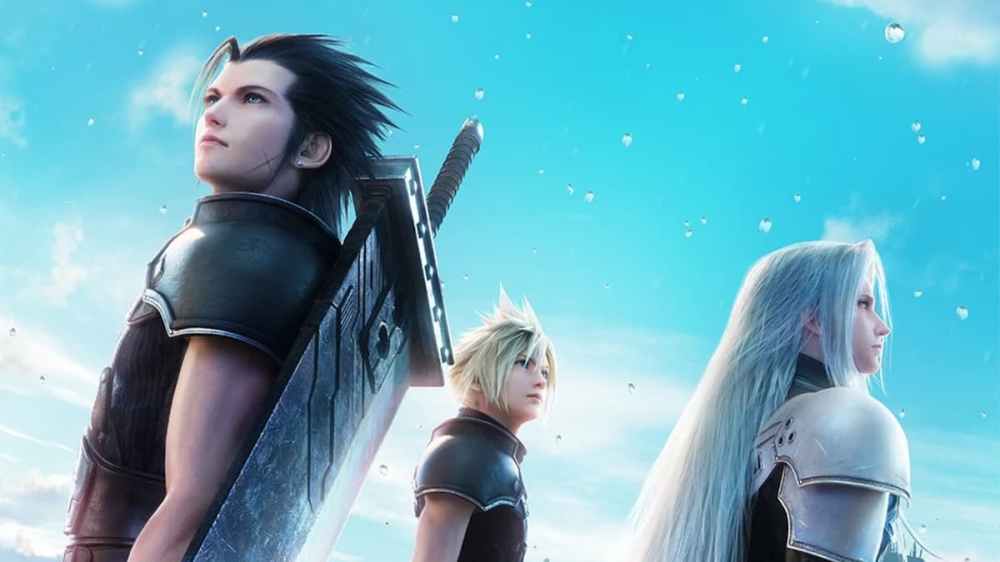