Crimes Of The Future Heads To Blu-ray On August 9th 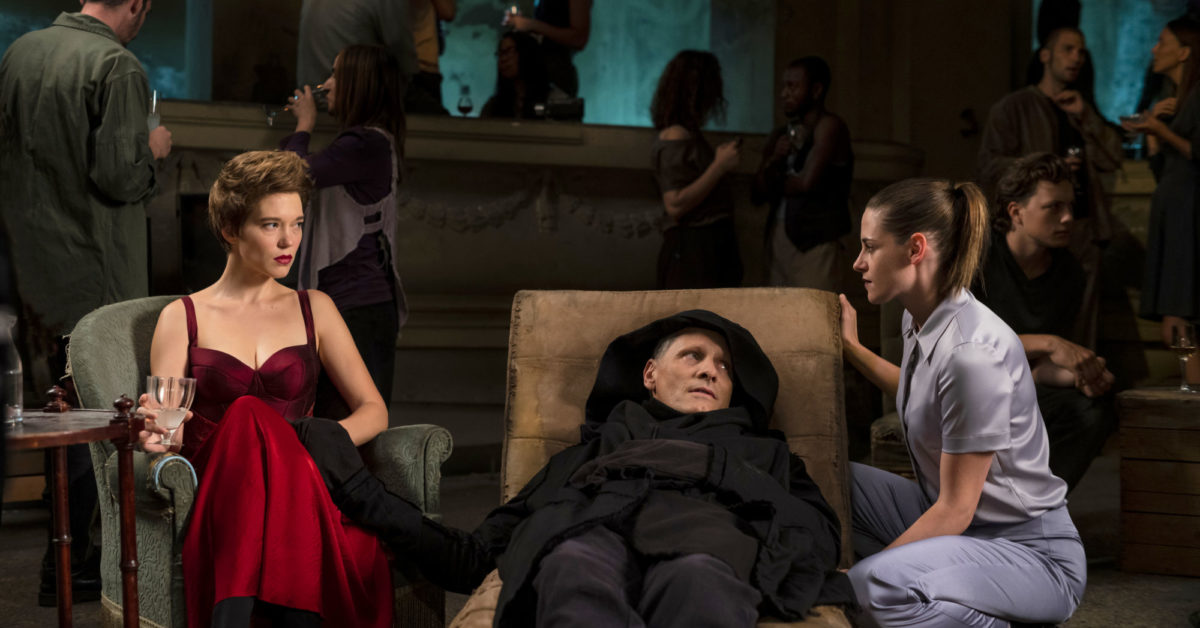 Crimes of the Future, the latest film from David Cronenberg, will release on Blu-ray on August 9th. Starring Viggo Mortensen, Léa Seydoux, Kristen Stewart, Scott Speedman, Don McKellar, Yorgos Pirpassopoulos, Tanaya Beatty, Nadia Litz, Lihi Kornowski, and Denise Capezza, this is a return to the body horror genre that Cronenberg fans have been waiting a long time for. From everything I have heard, it does not disappoint there. Below is the cover of the release.

Crimes Of The Future Is Shocking People

“A performance artist – who turns the removal of organs into real-time theatre – is forced to consider the most shocking performance of all as the government and a strange subculture take note of his act. Crimes of the Future is written and directed by David Cronenberg (The Fly, A History of Violence); the film is his directorial return to the science fiction and horror genres for the first time since the 1990s. Cronenberg pioneered the “body horror” genre involving mutation, parasites, and medical conditions. The SCI-FI thriller was recently in 500+ theaters. It starred Best Actor Academy Award-nominated Viggo Mortensen (The Lord of the Rings, A History of Violence), Best Actress Academy Award-nominated Kristen Stewart (Spencer, The Twilight Saga), Léa Seydoux (No Time to Die, The French Dispatch), and Scott Speedman (Grey’s Anatomy, Felicity).”

There is some wild buzz about the second half of this film, creating some controversy, and Crimes of the Future looks like body horror turned up to eleven. I cannot decide how excited I am for this, as I am certain I will cringe while viewing this multiple times. In any case, it is not playing in theaters by me, so I will have to wait to see what Crimes of the Future has in store for me for it to release on Blu-ray on August 9th.

When Does Hyenas Come Out? Answered