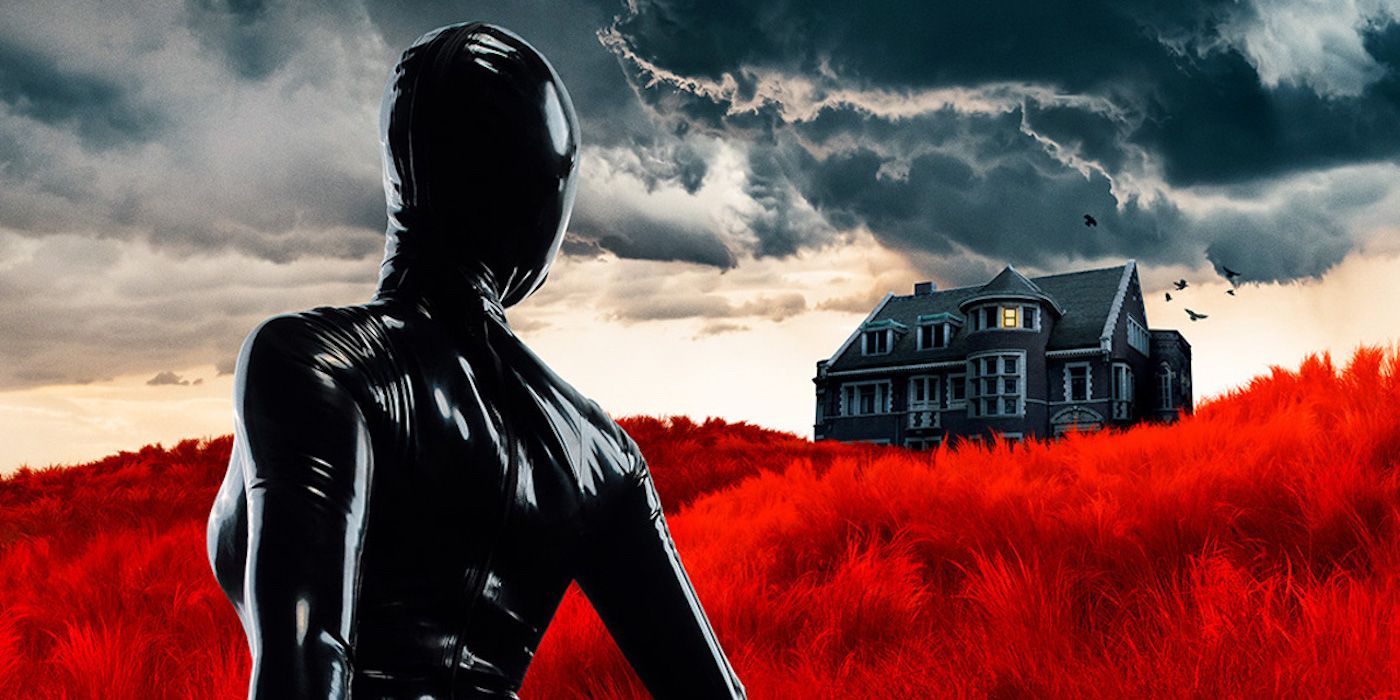 Ryan Murphy and Brad Falchuk‘s anthology spinoff series American Horror Stories is coming back for its second season on July 21. The first brand-new promo art has been unveiled, and it is giving nightmares and all sorts of uncanny valley – but also gorgeous Project Runway vibes. Basically, it’s giving Murphy and Falchuk, and everything the fans have come to expect from these two twisted minds.

The new poster art for the second season of American Horror Stories was released on Twitter and features three wide-eyed faces painted up in garish makeup, complete with thick fake lashes. The bright ’80s cheeks and lips hyper-accentuate their unsettling features, and their dulled expressions. The eyes are the most disturbing aspect of the poster, stretching wide with fear or warning, and are glassy like dolls. The three featured in the poster are dressed in frills and lace and give off a Valley of the Dolls vibe.

American Horror Stories is the spinoff of Murphy’s award-winning horror anthology series American Horror Story starring Sarah Paulson, and a revolving stacked cast of recurring stars like Jessica Lange, Lily Rabe, and Evan Peters. Though the narratives change each season fans have fallen in love with the cast, rallying behind them no matter the atrocities committed (see: Evan Peters season: all of them). With the spinoff, however, the self-contained episodes feature mostly all-new actors, with the exception of a few Horror Story alums like Matt Bomer and Billie Lourd. In the first season of Stories – which became Hulu’s most successful FX series launch – seven hour-long episodes aired weekly. The plot for each episode ranged from two Murder House tie-ins, a new mother (Lourd) plagued by a demon, to a wild Christmas episode where a homicidal Santa, played by Danny Trejo, hunted a group of influencers down one by one.

Right now, no further details have been disclosed about the plot or cast of Season 2, but stay tuned for more information and teasers leading up to the season’s premiere on July 21.

Check out the poster below: