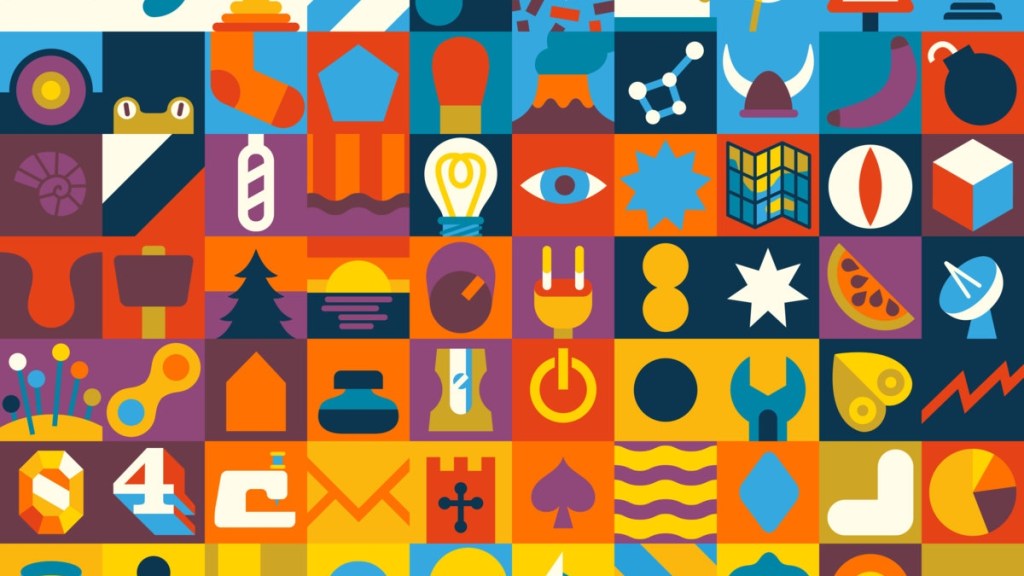 Third-Party is a series of guest blogs where developers talk about specific games, mechanics, levels, and more. This week we have Steve Bristow, design director at nDreams Studio Orbital, talking about creating mental maps in Wilmot’s Warehouse.

During the long, hot summer holidays of my A-level years, while my friends lolled in parks, spraying each other with fluids and throwing frisbees and flirtations, I worked in a refrigerated warehouse for a posh supermarket chain.

The job was crushingly simple: Collect a list of products bound for a destination, walk the tightly packed aisles of plastic crates looking for the items, load them onto a trolley then deposit the trolley in the loading bay of the correct truck. Temporary workers like me didn’t actually load the trucks, that was perm work.

As a temp, my natural enemy was the permanent worker. They were grown-up school bullies who moved in packs and sneered at the temps, jealous of our youth and our prospects. In retaliation and in our high self-regard, we pitied them and gave them a wide berth.

Occasionally, I would be forced to ask a perm for help with some item I couldn’t locate or with an edge-case process that I wasn’t taught. I quickly learned to avoid the loitering clusters of meaty hooligans and find the fast-moving old lags who could talk and work at the same time and knew every inch of the vast cooler. They were a different breed; you didn’t see them chatting, they seemed to be constantly optimizing their movements, barely slowing down to pick a crate, minimizing their routes, masters of their domain, kings of their little kingdom.

I used to wonder about them, the strange, unchanging skill set that they had, the library of routes and destinations they maintained in their heads. What motivated them to push themselves each day? They weren’t paid by the trolley, after all. They seemed so far away from who I thought I was. Then, a few decades later, I played Wilmot’s Warehouse, and, within a few hours, I had become one of them.

Wilmot’s Warehouse is a game about managing the contents of a warehouse and, at the same time, your mind. It was developed by Hollow Ponds (Richard Hogg and Ricky Haggett) who had previously made Hohokum, a beautiful toy/game about flying a snakey-kite around a yellow submarine dreamland. Their second game is more structured, bound by walls and blocked out in slices of time with objectives, rewards, and upgrades. Where Hohokum is whirling and hallucinatory, Wilmot’s Warehouse is clean and diagrammatic but both games marry their audio and visual aesthetics to the emotional anchors of their gameplay with exceptional taste and craft.

Wilmot is a square who works in a warehouse. He can carry other squares, a few at a time, or push them around. At the beginning of a shift, a truck arrives and pushes an array of squares, abstracted types of products, into the warehouse. Some types are recognizable, and you and I would agree upon what to call them, others are ambiguous and their interpretations unique to each player. In a minute or two, a shutter will open and I, Wilmot, will be asked to bring multiples of specified types to a panel of customers within a time limit. That leaves a limited time to sort and file the products and it is here that the game’s heart resides.

To begin with, there are only a dozen or so types. I might say that some are types of fruit or musical instruments or varieties of nuts or flags and stack them together. Then a buzzer sounds, the orders come in and I must weave around the mostly empty space, searching for a match amongst the unfamiliar icons and dragging the products up to the counter.

As I progress, I’m rewarded with improvements to my speed, abilities, and capacity. At the same time, more product types are added and trucked in and my mental map of the warehouse must update and expand. More categories, more colors, more abstract icons that I connect to meanings and locations in my mind. My filing system must be reconfigured, the clusters of like-type squares made orderly and compacted to allow me to move between them and access them all as the warehouse fills and the space dwindles.

Soon there are a hundred or more products arranged and stacked on my floor in groups that, to you, look random and chaotic but to me tell stories and ring memories. By now I’m snatching a glance at the customer orders, mapping an optimal path between the rows and blocks of squares and scooping them up as I glide by.

Somehow, the time pressure of a shift which, in the beginning, feels intrusive and stressful, becomes a reward. Each order is a challenge that you swat aside with time to spare because this is your warehouse, you made it and you know every inch of it intimately. Nobody else could come in here and do what you can do. It is, after all, a map made of your own mind, your unique associations, images, and ideas of order. To capture something so ephemeral with so few rules and with such a mundane context feels like a kind of poetry to me. 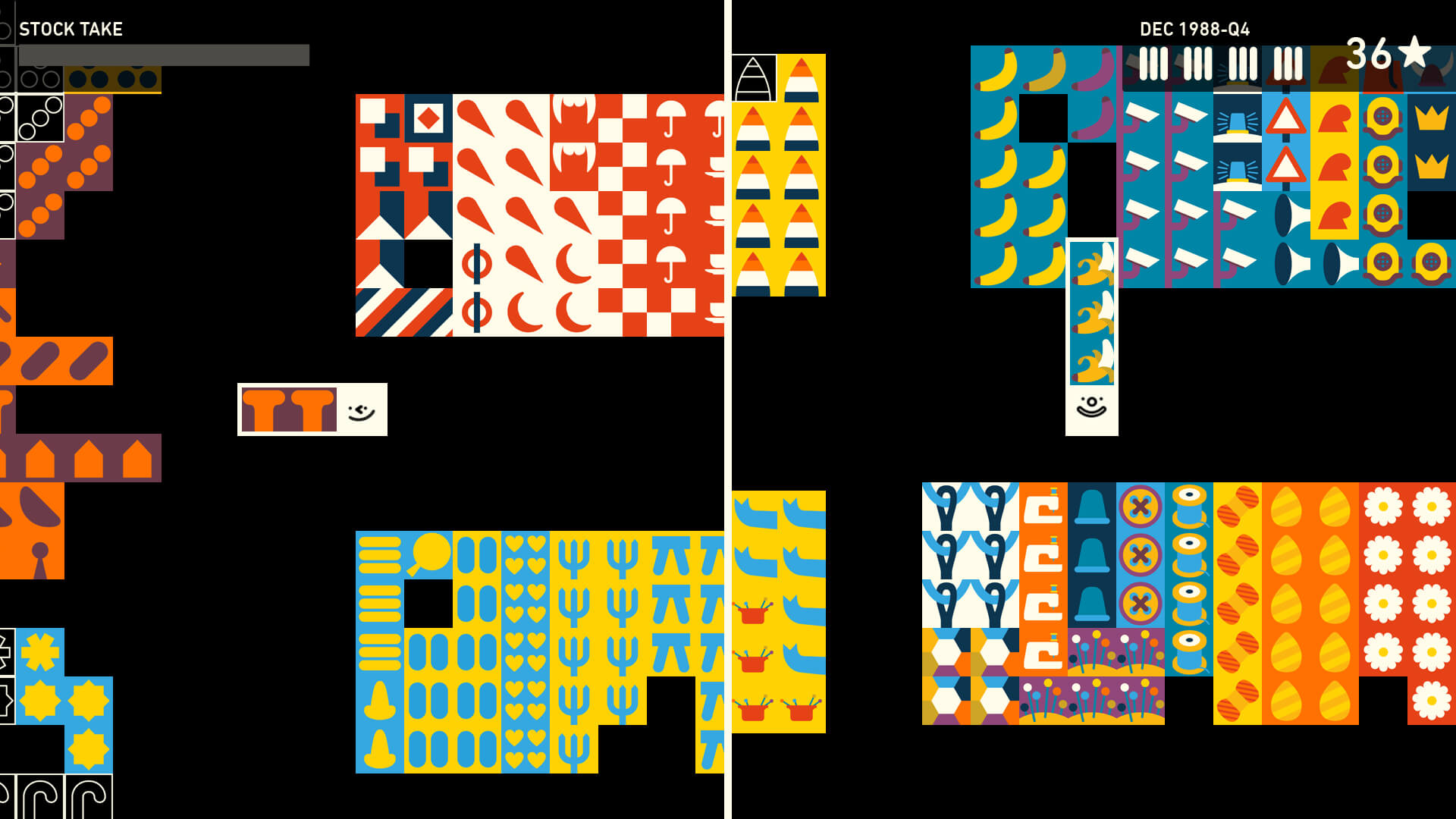 I am not an organized person. I don’t like untidiness but I dislike tidying even more and so I live on a constant and itchy threshold of tolerance for clutter. At face value, I didn’t think that Wilmot’s Warehouse would appeal to me and yet the sparse, lonely atmosphere touched me. The purity of the design, so focused on its emotional intent and so boldly resisting the frills and themes that would have obscured its purpose, kindled a kind of exultation and admiration in me that very, very few games have.

We talk about agency in the context of vast open worlds with elaborate systems of player expression and representation, but where I often find myself paralyzed and overwhelmed by those games, Wilmot’s Warehouse gave me a little kingdom over which I had absolute knowledge and total control. It demanded complete concentration to maintain that state of flow, but in it, as the world outside got scary and we locked ourselves inside, I barely had to think at all. I found escape, peace, and genuine contentment within my little kingdom’s walls.

Written by Steve Bristow on behalf of GLHF.

Crisis Core: Final Fantasy 7 and Harvestella lead an onslaught of fall games from…

Wiglett revealed for Pokémon Scarlet and Violet on a surprise stream