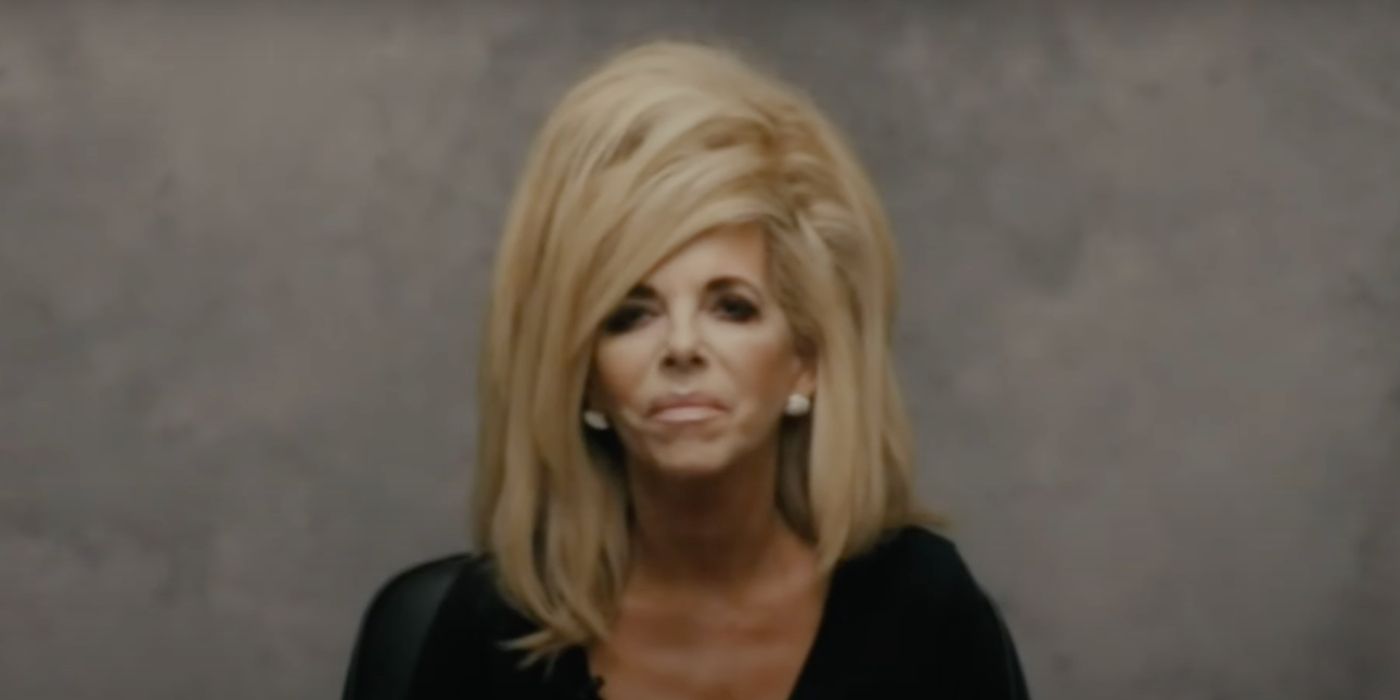 The hair will be back — just as the second part of HBO’s hit docuseries The Way Down premieres on the streamer, HBO Max has announced that the Gwen Shamblin Lara story will soon be revisited. A scripted series is in the works, as Deadline reveals. Much like the docuseries, the upcoming project is set to chronicle Shamblin’s program The Weigh Down, a Christian-based diet program (yeah) that somehow evolved into a religious cult. Shamblin and her husband died in a plane crash in early 2021.

As the docuseries has been showing, there is no shortage of material to produce a series centered around the spiritual leader’s life. In addition, Shamblin herself makes for a compelling part that any actor would be lucky to play: the gentle public persona mixed with a darker figure that was accused of emotional, psychological, and physical abuse provides an acting range that may guarantee a spot in the following awards season.

Ross Dinerstein’s Campfire Studios and Chrissy Teigen‘s Huntley Productions — both of which also produced the docuseries — have recruited Michelle Dean to be the showrunner and one of the executive producers of the scripted drama series. Dean recently created and wrote the Hulu drama series The Act, so the screenwriter knows a thing or two about stranger than fiction stories.

RELATED: ‘The Way Down’ Part 2 Trailer Dives Deeper Into the Cult of Gwen Shamblin

Deadline also reports that the production companies and Dean are on the hunt for high-profile actors to play Shamblin – it takes a really big actor to sport that hair without it feeling like a parody. Jokes aside, the story is certainly surprising and full of enough twists that it makes sense to want to draw in as many spectators as possible with an A-lister heading the cast.

Originally released in September 2021, The Way Down: God, Greed, and the Cult of Gwen Shamblin quickly became HBO’s most-watched docuseries at that time. It is directed by two-time Emmy winner Marina Zenovich. Today, two additional episodes were released on HBO Max in order to provide a bigger picture of how it felt to be a part of Remnant Fellowship Church and add the founders’ death and repercussions to the story.

HBO Max is yet to release further details on the Gwen Shamblin Lara scripted series, such as cast, expected release window, and production dates.

You can stream the full docuseries The Way Down on HBO Max now.

After rising to fame with her Weigh Down Workshop, a Christian-based diet program that preached slenderness as next to godliness, Gwen Shamblin Lara founded the Tennessee-based church. Despite a carefully curated image, Lara and the church soon fielded accusations of emotional, psychological, and physical abuse, and exploitation for their alleged cult-like practices. Encompassing years of investigation and extensive interviews with former members and others personally impacted, ‘The Way Down’ explores the legacy of Remnant’s infamous leader –whose life came to a shocking end after a plane crash in May 2021.

Erick Massoto is a Brazilian writer who’s always loved film and TV and is obsessed with making lists. He can also name about 700 Pokémon and Digimon off the top of his head, but sadly no one has ever asked him to do it.

Dying Light 2 Gets Double XP Weekend to Go with Update 1.3