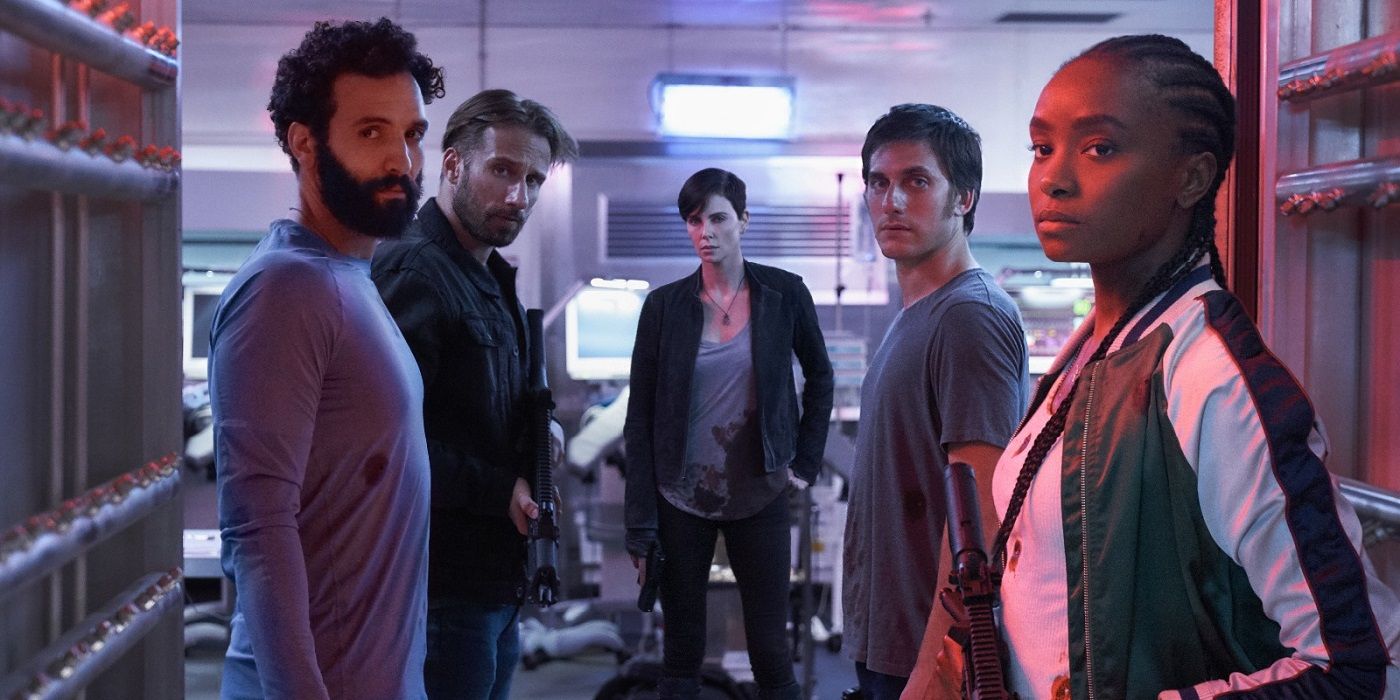 With filming now confirmed to be underway for the sequel to the 2020 hit Netflix film, The Old Guard, the film’s star, Charlize Theron has revealed two behind-the-scenes photos showcasing the return of several actors from the previous film.

The images, posted by Theron on Twitter, show the returning actors sitting outside smiling and chatting with each other. The post reads, “Let’s go to work. #TheOldGuard2 @OldGuardMovie @NetflixFilm,” reconfirming that production for the film has now started.

The photos show the return of Theron alongside co-stars Chiwetel Ejiofor (Doctor Strange), KiKi Layne (If Beale Street Could Talk), Marwan Kenzari (Aladdin), and Luca Marinelli (Martin Eden), who all appeared in the first film. Alongside the returning actors, Henry Golding (Crazy Rich Asians), who was recently added to the film, also appears in the photo with the cast alongside Victoria Mahoney, who replaces Gina Prince-Bythewood as director for the film. While not in the photos posted by Theron, Uma Therman (Pulp Fiction) is also set to appear in the sequel in an undisclosed role.

Based on the comic book of the same name created by Greg Ruka and Leandro Fernández, The Old Guard was initially released in the summer of 2020 on Netflix to positive reviews from critics with the film earning an 80% critical score on Rotten Tomatoes alongside a 70% audience rating. Praise was directed towards the film for its action sequences and performances from the cast. The praise of the film reflected its popularity as it became one of the most-watched movies on the streaming service. The premise of the film centered on a team of immortal mercenaries who fight to protect their secret.

With the success of the original film, the announcement of a sequel in 2021 came as no surprise to many. While plot details of the sequel still remain unknown, with production now underway, fans of the first film can now be excited about the return of their favorite characters when The Old Guard 2 eventually debuts on Netflix.

The first Old Guard film is now available to stream on Netflix. The Old Guard 2 currently has no set release date.

Check out the behind-the-scenes images below: