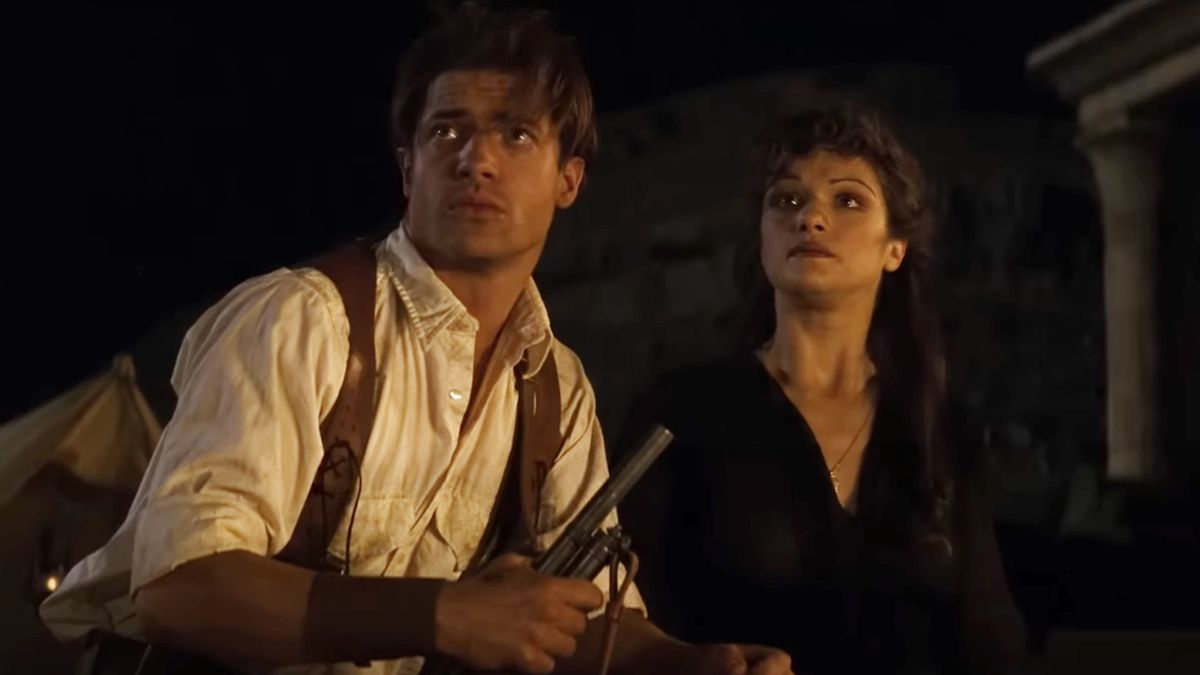 Remaking a Universal Monsters classic like The Mummy isn’t exactly a sure thing. Just ask anyone who was a part of the failed Tom Cruise reboot that flopped as one of the new movie releases back in 2017. Those fears were also present when the studio embarked on its 1999 blockbuster with Brendan Fraser and Rachel Weisz, and recently Fraser recalled a moment where his co-star shared those doubts.

As he broke down his most iconic roles for a video with GQ, Rick O’Connell himself laid out a story in which The Mummy’s prospects as a movie were gravely discussed. Through Brendan Fraser’s recollection, here’s why the now well-regarded adventure was such an unknown quantity:

It might be hard to believe now, but back when Universal was trying to remake The Mummy, it was a pretty rough ride. Everyone from George Romero and Clive Barker to Daniel Day Lewis was intended to play parts in various incarnations in development, with the history dating back to the ‘80s.

So arriving at a concept that mashes several genres together, and doesn’t exactly adhere to the totally horrific content of the Boris Karloff classic, does leave some room to be scared. This was especially the case when director Steven Sommers was delivering this film into the same summer that’d see The Matrix, Austin Powers: The Spy Who Shagged Me, and Star Wars: Episode I – The Phantom Menace helping keep audiences in theater seats.

Whatever doubts were in mind before 1999’s The Mummy were soon dispelled, as that film and its 2001 sequel The Mummy Returns would go on to become massive moneymakers. If there were any doubts after Brendan Fraser and Rachel Weisz first took to movie screens as Rick and Evelyn, they were soon pushed aside. Though The Mummy: Tomb of the Dragon Emperor would eventually end that winning streak, and the planned fourth installment with Antonio Banderas was cancelled.

Time, and a healthy comeback known as “the Brenaissance,” have both made the possibility of returning to The Mummy with a proper legacyquel not so scary to the public. Not to mention that Brendan Fraser has shared positive thoughts about potentially returning to Rick O’Connell after almost 20 years after he hung up the holster. One would think that now the fans have spoken, Rachel Weisz would be as confident to commit to such a film as well.

Sadly, we don’t know if anyone at Universal is trying to make the dreams of Brendan Fraser and various Mummy fans come true. The actor is  currently doing the rounds promoting The Whale, a film where he’s being hotly tipped as a 2023 Best Actor winner. Though if you’d like to see another one of Fraser’s more recent works, you can check out the latest season of Doom Patrol and the film No Sudden Move, both of which are at home with those possessing an HBO Max subscription.

How to ping in Warzone 2