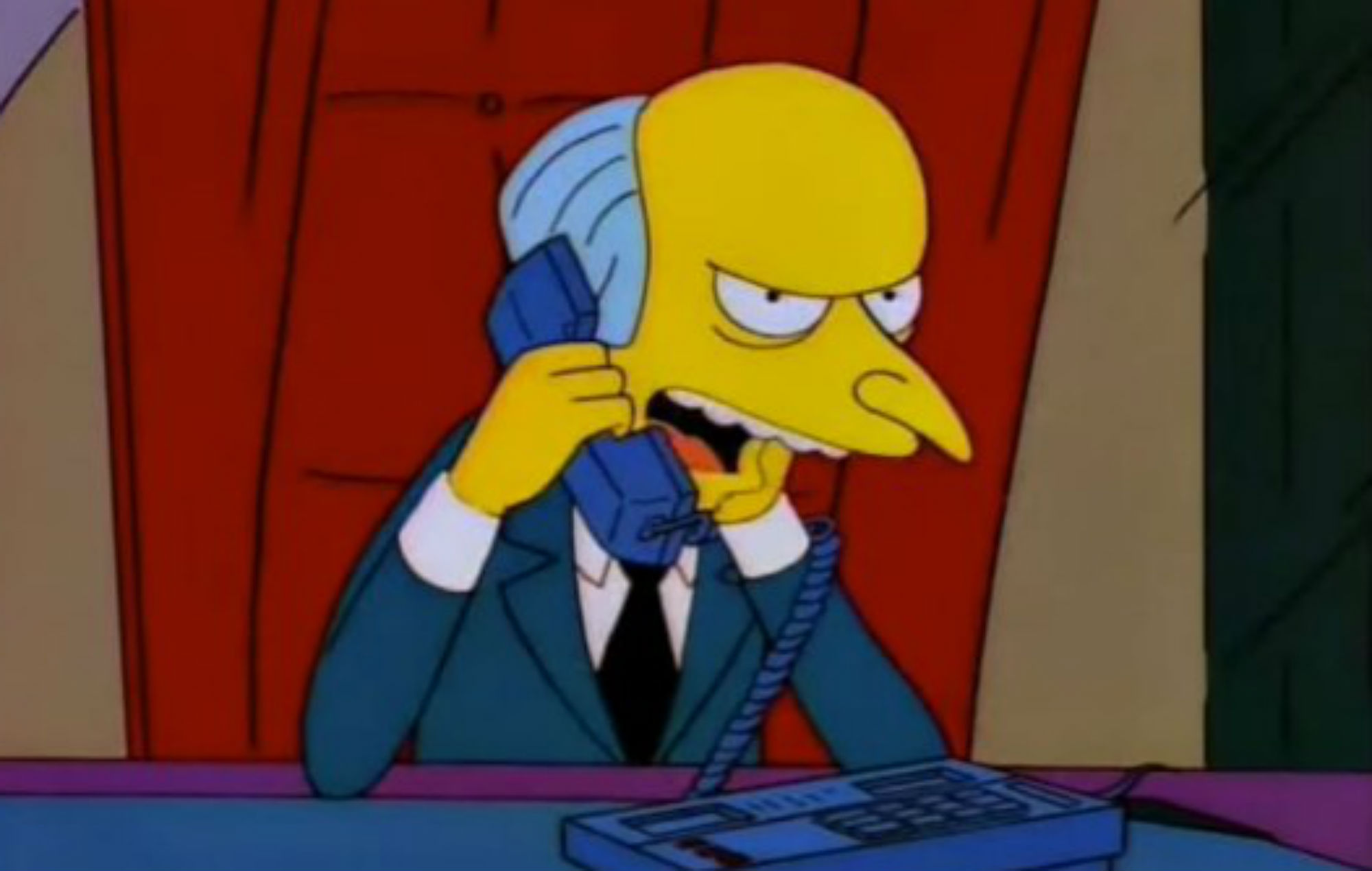 A boy has gone viral on TikTok after a haircut he received from his mum left him looking like Mr. Burns from The Simpsons.

Twelve-year-old Nathaniel Glennen initially asked his mum, Johanna, for a cut inspired by Gargamel, the evil wizard from The Smurfs, but his family were soon left in hysterics when he was left looking like Homer Simpson’s boss.

Johanna shared a video of the haircut on her TikTok account, adding the caption: “Am I a bad mum for getting my son cut his hair like Mr Burns [sic].”

You can watch the video below.

“He had this beautiful wavy blonde hair that he always wore swept to the side,” Johanna told The Mirror.

“I cut it myself because I felt weird going into the barber in our small country town and asking for such a crazy cut. They totally would have done it but I thought he would wear it for one day and then I could shave the rest – but he’s still rocking it now!

She continued: “Nathaniel is a quirky 12 year old with autism and some pretty amazing self confidence. I was worried he might get picked on but he’s actually got a lot of street cred for the cut and has become bit of a legend at school.

“His initial inspiration was Gargamel from ‘The Smurfs’ but he ended up looking more like Mr. Burns.

“We were out for tea and he asked for it and his siblings were pleading me to let him cut it like that so we went home and I got the clippers out. It really was hilarious – we all giggled for a good half an hour when we first cut it and he gets laughs from everyone who sees him now.”

She added: “I thought we would get so much negative feedback but everyone has been so supportive, thinking it’s great he can openly express himself without fear of judgement.

“He’s so happy with the results and he wants to keep it like that ongoing, I’m praying he will let me shave it soon but if he’s happy, I’m happy. He’s only a kid for so long, let them be kids and have some fun.”

In other Simpsons news, the animated show recently revealed that it will parody Stephen King’s novel It in an upcoming Treehouse Of Horror episode.