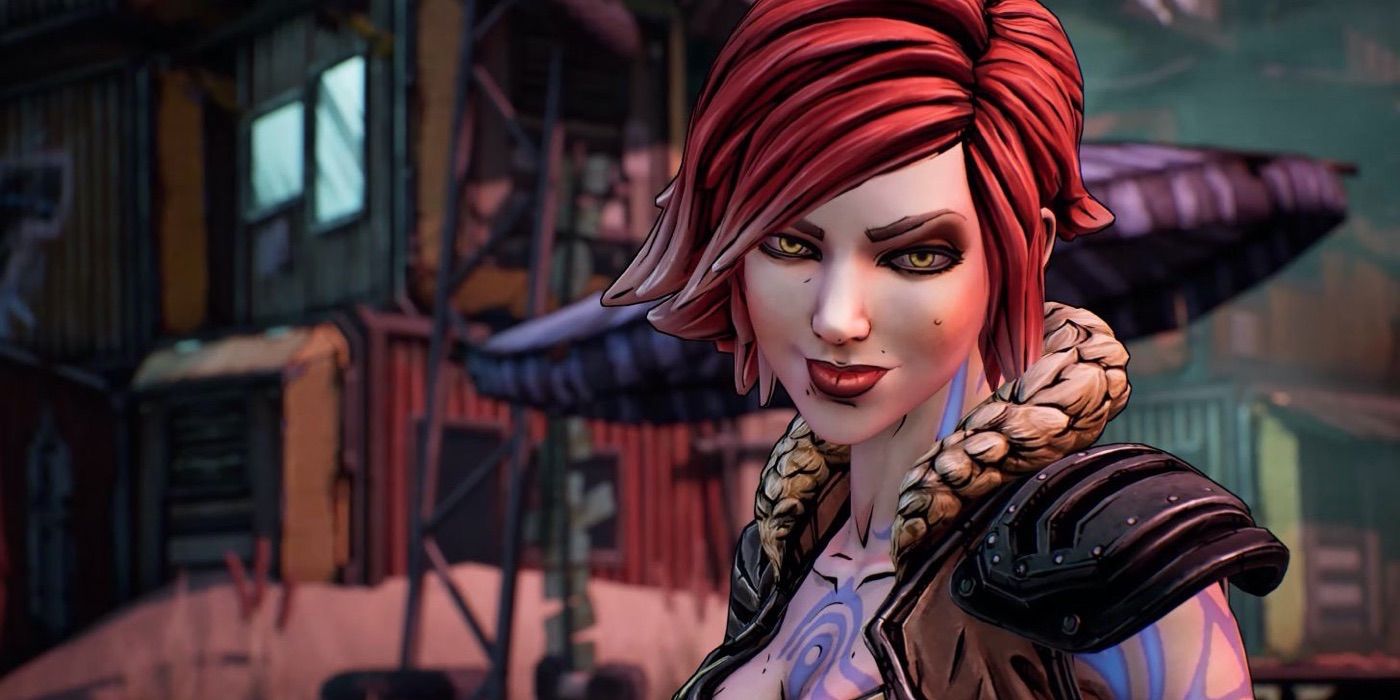 CinemaCon went out with a bang on Thursday, giving attendees an early look at footage from the upcoming Borderlands movie during the Lionsgate panel. So far, the film seems to be faithful to the insanity and action of the games, showing off much of the main cast including Cate Blanchett as Lilith, Kevin Hart as Roland, and Jack Black as the funny little robot Claptrap.

In the clip shown to CinemaCon-goers, the three are thrown into a firefight in a colorful city setting with Blanchett, who’s donning a bright red wig for the role, trying to shoot her way out of the mess. The footage only lasted around half a minute, but it came with all the typical elements that make up a Borderlands entry: a distinct visual style, plenty of guns, and a wisecracking Claptrap who takes a bullet amidst the chaos and spouts off a joke. Collider’s own Steve Weintraub was in attendance and described Black’s take on the CL4P-TP steward bot as “Jack with an electronic twist.”

Eli Roth‘s first foray into the Borderlands franchise promises plenty of action as Lilith is tasked with returning to her home planet of Pandora to rescue the daughter of the “universe’s most powerful S.O.B” Atlas (Edgar Ramirez). Appearing along the journey are a number of psychopaths and opportunists, including Hart’s Roland, Black’s Claptrap, Ariana Greenblatt‘s pre-teen demolitionist from Hell, Tiny Tina, Florian Munteanu’s in-universe psycho Krieg, Jamie Lee Curtis’ eccentric scientist Patricia Tannis, Gina Gershon‘s Moxxi, and Janina Gavankar‘s Commander Knoxx, a new character who could fill a similar role to that of General Knoxx or Commandant Steele from the first game.

Borderlands is based on the staple looter-shooter RPG series from Gearbox that sees players take on the role of a vault hunter traveling across the planet of Pandora, its moon, and other nearby planets in search of the best loot, all while stopping evil corporations and over-the-top villains along the way. The latest mainline game, Borderlands 3, was released in 2019, but the fantasy spin-off Tiny Tina’s Wonderlands launched earlier this year.

Before footage was even released, it seemed like Roth had the right people on board when it came to capturing the zany nature of the games on screen. We spoke to Gavankar on an episode of Collider Ladies Night and, as one of the self-proclaimed “hardcore gamers” on set, she spoke to the dedication to accuracy among the crew:

“The production design and the art direction alone is so close to the game. You can’t believe they put this much love and attention into the details. I came in with my arms crossed like, ‘You better do it right because I’m here to call bullsh*t.’ And it’s like, they went hard. They really meant it. Even down to our costumes, just getting the colors of everything right. There’s a lot of love that went into the production.”

Borderlands is expected to hit theaters later this year.