When Borderlands 3 was announced to be an Epic Games Store exclusive on PC, the news caused a massive ruckus in the gaming community. The third installment in the extremely popular cooperative looter-shooter game developed by Gearbox Software wouldn’t be available on Valve’s Steam platform, the biggest PC digital store, until much later. The game debuted on September 13th, 2019, on the Epic Games Store and consoles, while Steam users had to wait until March 13th, 2020, exactly six months later.

It was arguably the biggest exclusive deal secured by Epic up to that point, and it probably still is almost two years later. How much did Tim Sweeney’s company have to pay so that PC players would have to go through to its store to play Borderlands 3 in the game’s first six months, though?

Sony Slammed Crossplay in a Letter to Epic, Proposed 3rd Parties Pay for the Privilege

That question can be answered today, thanks to one of the many court documents unveiled as part of the ongoing Epic v. Apple trial. Exhibit DX-3712 is an Epic Games Store ‘Performance Review and Strategy’ internal document penned on October 25th, 2019, and it reveals the deal cost around $115 million, divided between $80 million of minimum guarantee, $15 million of marketing commitment, and $20 million of non-recoupable fees. 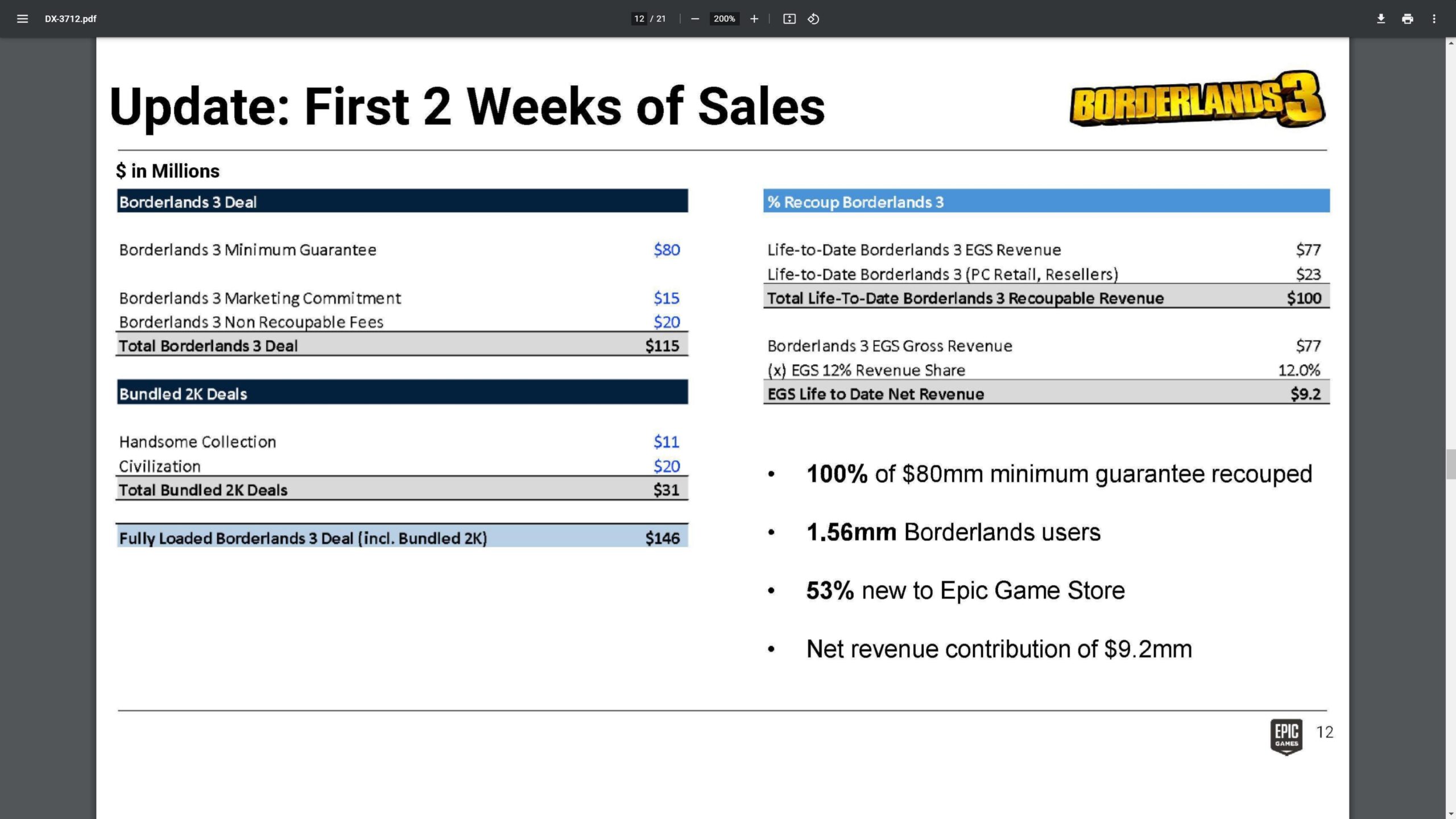 This is in addition to a couple of side deals with 2K, where Epic paid $11 million for Borderlands: The Handsome Collection and $20 million for Civilization VI. Both of these games were given away on the Epic Games Store in May 2020.

The document also outlines two different plans for the continued Epic Games Store growth, one far more aggressive than the other. The difference in exclusive deals is staggering, as the first plan outlines a strategy to pursue 156 Epic Games Store exclusives between 2021 and 2024, while the other would stop at 25. Here’s what Genshin Impact looks like running on PS5