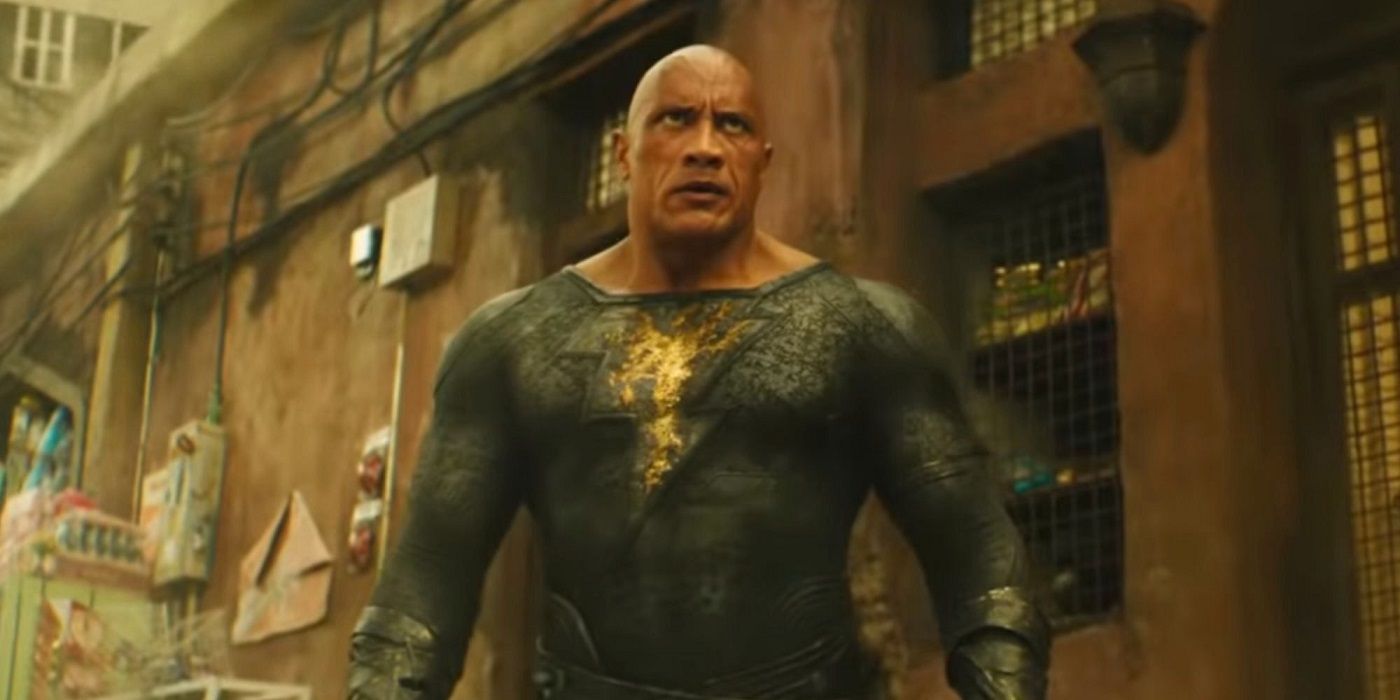 Black Adam is finally hitting theaters this October. The best part is the Dwayne Johnson-starring film is bringing along some iconic friends. Particularly The Justice Society of America, which marks the big screen debut of DC legends like Dr. Fate, Hawkman, Cyclone, and Atom Smasher. With any major release like this there are always new action figures to follow and, once again, McFarlane Toys has comic book fans covered.

Black Adam and every member of The JSA featured in the film are getting seven-inch figures ahead of their live action debut this fall. Black Adam himself will be getting three different figures. All versions will see the character in his comic accurate costume. There is one figure that features Adam wearing his cloak, while the other sees the anti-hero un-cloaked and showing off the amazing Johnson head sculpt. It’s uncanny how much McFarlane captured Johnson’s likeness, and it’s by far one of the best head sculpts the company has ever done. The paint job on Adam is also stunning with his electric chest symbol really popping. On top of the normal size figures, Black Adam will also come with a 12-inch variant which is something Mattel used to do when they had the DC Multiverse license.

The next new figure we have is of Aldis Hodge’s Hawkman in his golden and red armor that fans have seen glimpses of in the various promotional materials for the film. The figure comes with the hero’s signature mace and detachable wings. Then there is Pierce Brosnan’s Dr.Fate with the characters classic blue and yellow color scheme as well as his golden helmet. This figure doesn’t come with any accessories, but Dr. Fate does come with a translucent flight stand for posing.

Continuing down The JSA’s roster we have Quintessa Swindell’s Cyclone who’s probably the least known character in the upcoming film. However, her ability to control the wind with her mind is sure to win the hearts of audiences come October. Cyclone’s figure reflects her unique power set as it comes with a tornado base for some cool posing possibilities. The last figure for The JSA is Noah Centineo’s Atom Smasher. Like the rest of his team, the character is suited up in his comic accurate costume featuring Adam Smasher’s bombastic blue and red color scheme. The figure also comes with a pair of interchangeable hands and, like Black Adam, the hero will come with a 12-inch variant. This is fitting given the characters ability to grow any size.

The last figure for Black Adam is Sabbac who’s a classic DC villain and is a character who hasn’t been featured much in the marketing for the film yet. However, given we are still three months out from its release, that’s to be expected. To get an idea of whom the character is, the description for the figure reads:

Possessed by a demon, a military Intergang leader transforms into Sabbac, the only being whose powers are equal to those of Black Adam. Determined to take over Kahndaq and maybe the whole world, Sabbac must be stopped, and the fiercely autonomous Black Adam may need the help of some unlikely allies to outmatch him.

This suggests that Sabbac will be the main villain of the film and the figure is another 12 inch beast to go toe-to-toe with Black Adam and Atom Smasher. All these figures, like past McFarlane DC Multiverse pieces, will come with a stand and a collectable art card.

Ever since McFarlane took over the DC Multiverse line, the company has been one of the best when it comes to affordable high quality action figures. Especially their movie figures. Whether it’s The Suicide Squad or The Batman, each new line has made a lot of DC collectors happy. Black Adam looks to continue that upward trend with these colorful and varied figures.

While we wait for Black Adam to conquer the world on October 21, 2022, you can pre-order these new figures now on McFarlane’s website. You can also watch Todd McFarlane‘s overview of the electric line on Instagram. Check out more images below: