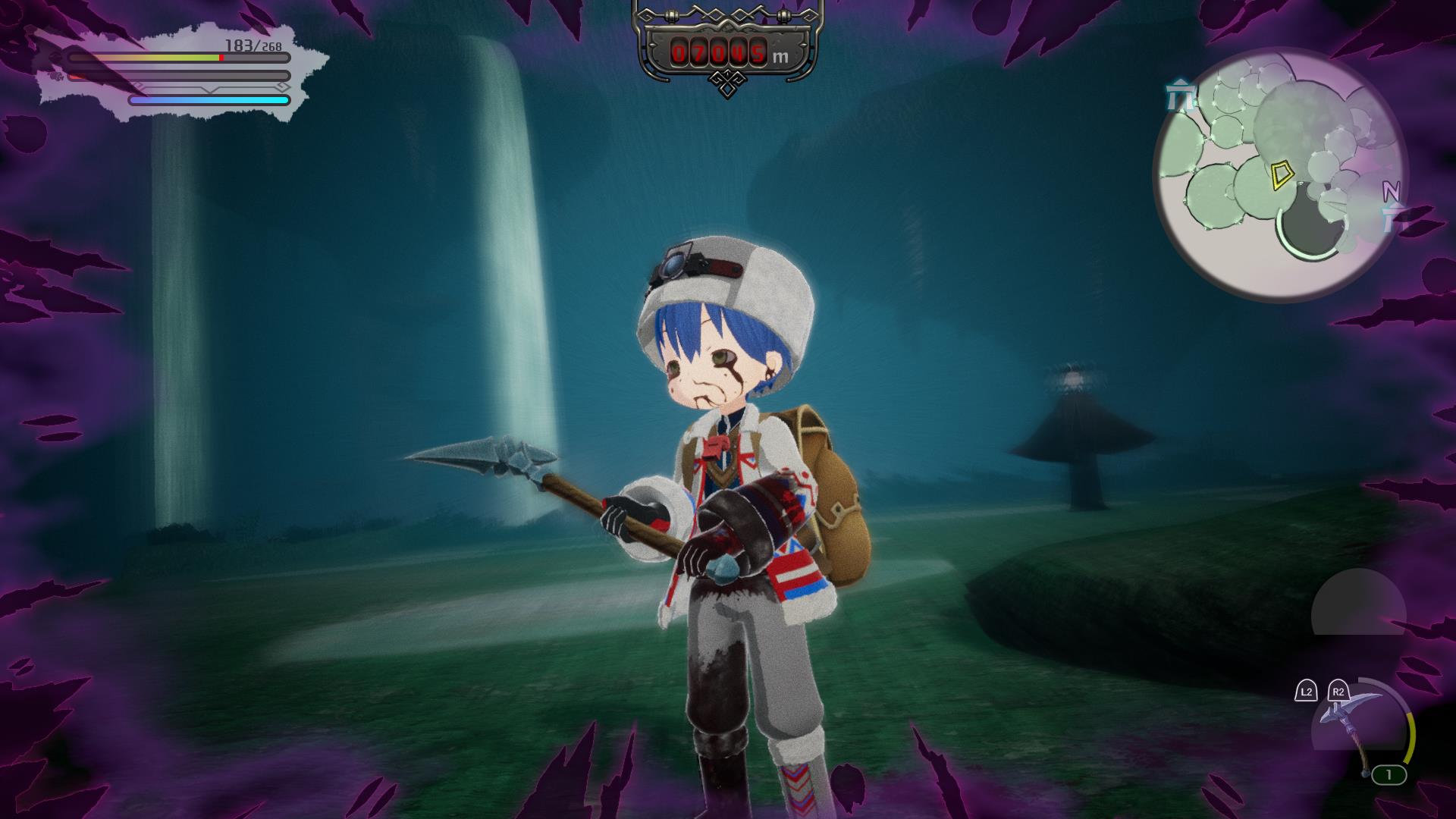 Spike Chunsoft today published a new batch of details for Made in Abyss: Binary Star Falling into Darkness, which cover the game’s “Deep in Abyss” Mode. This comes ahead of the 3D action RPG’s launch later this year.

The main character joins Belchero Orphanage as a fledgling “Bell” Cave Raider. For classes and training, the main character joins the three other students, Raul, a boy who’s always full of energy, the quiet and inconspicuous Tiare, and Dorothea, who’s a bit of an airhead, A few months later, the four finally see the day of their first exploration as “Red Whistles,” but there they are already confronted with the harsh reality of the Abyss…

In “Deep in Abyss” mode, players will challenge the Abyss as a new Cave Raider. While enjoying an original story advance through the main quests, collect relics, and complete various quests to earn rewards such as money and experience to develop your character. As you accumulate experience, the Cave Raider’s level will increase, and the player will be able to challenge deeper levels of the Abyss.

Prepare for Raiding/The Town of Orth

In the town of Orth, the base for Cave Raiders, prepare to challenge the Abyss by taking on quests and buying the necessities for your raid. As an apprentice “Red Whistle”, you will mainly receive your assignments from Jiruo at Belchero Orphanage, but as your Whistle level increases, the number of assignments you can receive will also increase. The town of Orth has the following facilities.

1. Guild HQ
This is the headquarters of the organization that provides work to Cave Raiders. Various quests can be accepted.
2 Supply Shop
A store that sells cave raiding essentials. Besides pickaxes, clothes and consumables are sold here.
3. Relic Appraisal
A store that appraises and buys relics brought back from The Abyss. Obtain money and experience here.
4. Laffi’s Store
A spice store run by Hablog’s wife Laffi. Purchase food and spices here.

The main objectives within the Abyss are main quests where an original story unfolds, guild quests accepted at the Guild HQ, and the collection of relics. The main character has three attributes: “physical strength”, “fullness”, and “stamina”. Both fullness and stamina are reduced when taking action. Stamina recovers automatically, but to recover fullness you’ll need to eat. It is important to eat regularly to maintain fullness, as stamina cannot be restored while fullness is at zero.

Raiding the Abyss involves avoiding hazards such as ferocious creatures and unstable terrain. When defeated by a large creature, they give a devastating “game-over” performance.

In addition to the three statuses, the player must consider numerous other factors when raiding the Abyss, including the surrounding environment, the health of the main character, the amount of remaining food, the durability of tools, and the weight of supplies. The player must pay attention to these factors and act appropriately, whether deciding to proceed with the raid, return to the surface, and sometimes even what to bring back.

Carrying too much will greatly reduce speed of movement, and cost the ability to mine or attack.

After reaching their objective in the Abyss, the Raider must return to the surface. However, the further the Raider descends, the effects of “The Curse of the Abyss,” physical and mental burdens, become more intense as they return to the surface. The Raider may vomit, experience a significant decrease in fullness, or have blood gush from their body resulting in a decrease in fullness and stamina. In addition to “The Curse of the Abyss”, they may be attacked by creatures, the terrain may have changed or features that were present on the way down may not be available on the way back, forcing them to find a different route back.

A closer look at “Deep in Abyss” Mode for Made in Abyss: Binary Star Falling into Darkness can be found in the gallery below.

Made in Abyss: Binary Star Falling into Darkness is due out for Switch on September 2 2022, in North America and Europe.