Best Month Ever! is a Scrappy But Interesting Narrative Adventure 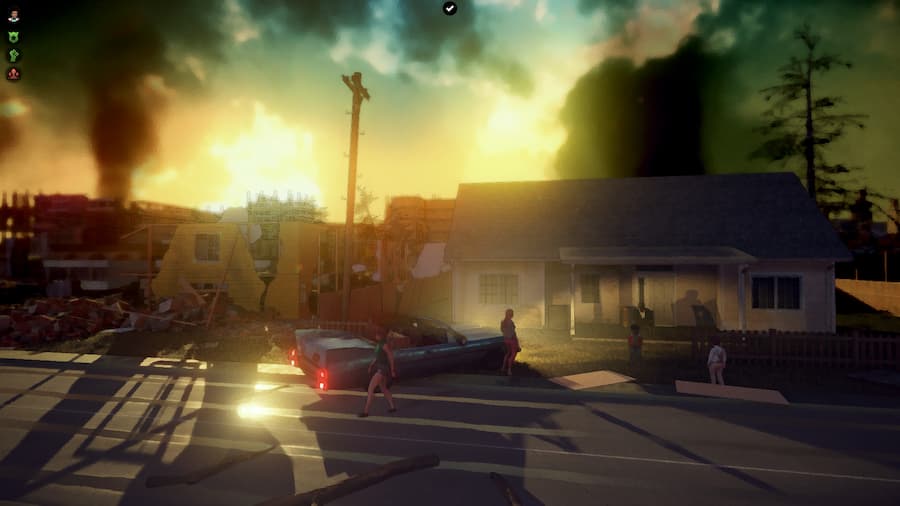 We love a good narrative adventure here at GameSpew, and so Best Month Ever!, released earlier this month, immediately caught our attention.

Best Month Ever!, developed by Warsaw Film School and published by Klabater, tells the story of mother-and-son duo Louise and Mitch. Set in 1960s America, it’s not afraid to tackle big themes, like racism, head-on. Ultimately, that’s why you’ll stick around; Louise and Mitch’s story is an interesting one. But it’s not always delivered in the best way.

You’ll likely be gripped immediately as you take control of Louise. As her, you’ll leave Mitch in the car before walking into the diner you used to work at and demanding the money your boss owes you. It seems he’s a bit of a jerk, and so it’s not going to be an easy transaction. It goes a long way to set the scene of what type of game Best Month Ever! is going to be. Violence and bad language certainly aren’t off the cards.

Whether you’re in control of Louise or Mitch, the decisions you make will shape the type of person Mitch turns out to be. He’s eight years old, and so he’s highly impressionable – particularly by his mother’s actions. A grown-up Mitch also acts as a narrator to the events, grounding it as a trip down memory lane.

We won’t spoil the story of Best Month Ever! for you, but needless to say it’s an emotional journey. Right from the start, you’ll learn that Louise is going through something big – something that takes her back to her family for the first time in many years. Her mother and sister don’t know Mitch exists until he turns up on their doorstep. And they may not be as welcoming to him – a mixed race boy – as you’d hope. This is 1960s USA after all.

It’s just a shame that the game’s visuals are a little rough, and some of the voice acting leaves something to be desired. This is the sort of game where immersion is key, and if you can’t quite believe the characters, it does impact the narrative somewhat.

Even so, we’d recommend checking out Best Month Ever! if the idea of something like Life is Strange crossed with a point and click adventure appeals to you. There’s certainly a story worth hearing here, even if it’s not quite the best game ever.

Best Month Ever! is available on PS4, Xbox One, Switch and PC.

Nickelodeon All-Star Brawl Is Getting Rocko, Hugh Neutron, And Jenny