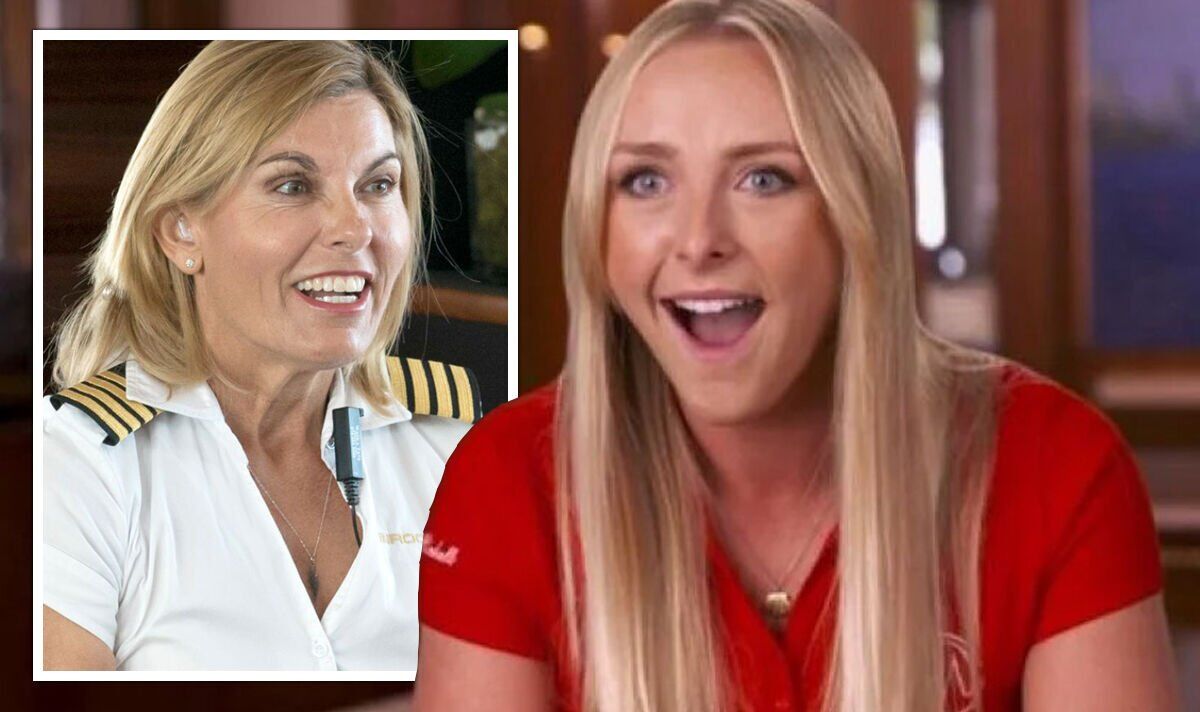 The sea-faring Bravo show has already run into several obstacles during its seventh season. As Captain Sandy Yawn heads up a brand new crew onboard the superyacht Home, Below Deck Mediterranean has had to bring a familiar face back into the fold following the tumultuous exit of bosom Raygan Tyler.

Courtney Veale revealed she was nervous to return to the hit Bravo series for her third charter.

Although the former stewardess ended her last charter on good terms with Captain Sandy, anything can happen on board the unpredictable sailing series.

“I’m excited to be back but very nervous to be on deck,” she said.

Having been a stewardess during her last appearance on the series, Courtney will be taking on a brand new role for season seven.

After Raygan’s exit as bosun, Captain Sandy is bringing Courtney back on board as a deckhand to give Mzi ‘Zee’ Dempers and Jason Gaskell some assistance.

In the latest episode, Sandy told her: “So good to see you. It’s been great to know what you’ve been up to.”

Following Below Deck Med’s sixth season, Courtney has been doing promotional work on her Instagram and TikTok accounts.

She is now on her way to becoming a Below Deck staple now she has agreed to help out with a second stint on the series.

Courtney is now hopeful there are calmer waters ahead, especially now Sandy’s most difficult new crew member is out of the picture.

“So when I left Lady Michelle, I went to the Bahamas and did the last bit of the Caribbean season as a deckie,” she recalled.

“I definitely feel like a deckhand fits my personality better than a stew.

“Getting the call from Sandy to come back, I’m excited, but I’m super nervous as well. I’m ready to get to twerk.” (sic)

Her co-star Zee was thrilled to see a friendly face as one of the only returning crew members from the last season and confirmed the pair had kept in touch.

The friends shared a big hug upon seeing each other again, and Sandy remarked, “I love his face when he sees you!”

Lead deckhand Storm Smith has now been made provisional bosun to make up for Raygan’s exit, but viewers will have to keep tuning in to find out if it all goes to plan on board the Home.