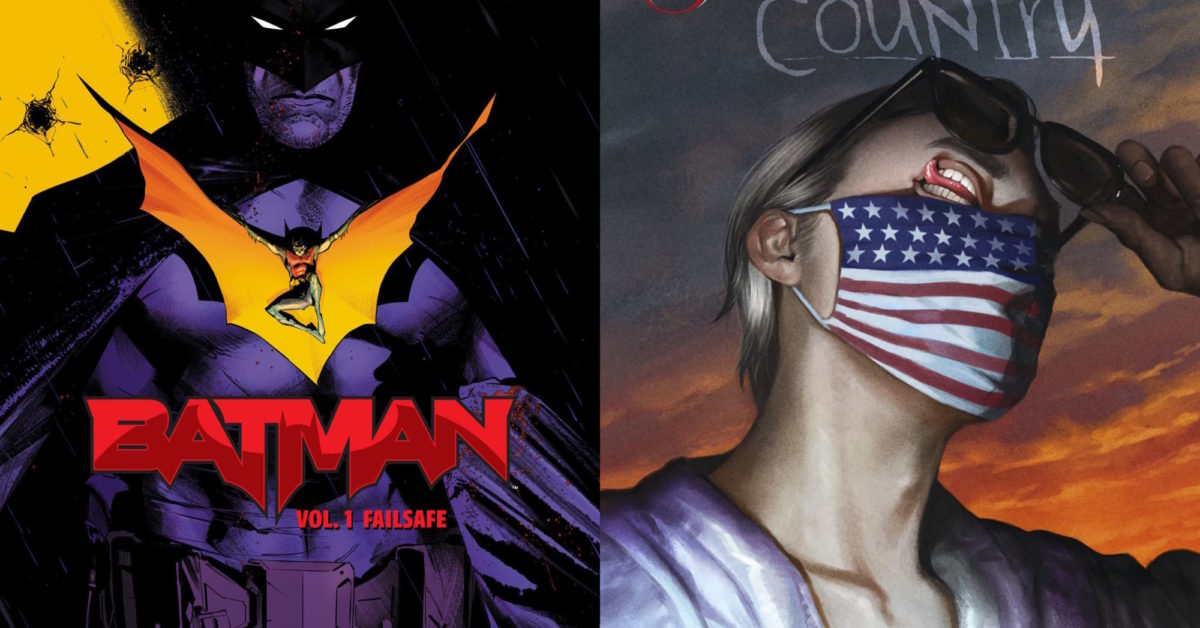 DC Comics’ monthly ongoing Batman may not have had a new #1 for Chip Zdarsky and Jorge Jiménez‘s run on the series, at his request. They are sticking with the third volume (for now). But the hardcover collections will be reverting to Vol 1, for Batman Vol 1: Failsafe. And it looks like there’s decent confidence, with a first printing of the hardcover of 80,000 copies, in addition to the 100,000+ sales of each individual issue in print, with digital and paperbacks to come.

And while former Batman writer James Tynion IV hasn’t come close to those numbers with his Sandman: Nightmare Country series with Lisandro Estherren, also from DC Comics, the hardcover collection of that series will have a healthy first printing of 60,000 copies. And both are out on April the 4th, 2023.

Bruce Wayne is having nightmares of a future he can’t stop. But he may not even make it to that future. A startling enemy from Batman’s past has one relentless goal—to end Batman. No matter what it takes. Comics superstars Chip Zdarsky and Jorge Jiménez bring you this thrilling collection! The volume collects Batman #125-130.

Return to the world of Neil Gaiman’s seminal epic The Sandman, in a new series starring fan-favorite character the Corinthian, and written by horror comics superstar James Tynion IV! Sometimes, nightmares walk the Earth. Every night when you sleep, the Lord of Dreams chooses the path you’ll follow…into a sylvan Elysium, or down the hallways of your darkest fears. And sometimes, if it is Dream’s will, those nightmares escape those halls, and go out into the world. But it is not a choice he makes lightly.
Today the Corinthian walks the Earth again. The most feared of all Dream’s nightmares, his ravenous mouths have made him a legend among serial killers. Letting the Corinthian out among mortals is the most dangerous thing Dream could possibly do. But he has no choice-because there is another nightmare walking the Earth, one that must be hunted…and this monster is one that Dream, lord of all nightmares, did not make.  Acclaimed writer James Tynion IV has waited his whole career to pay tribute to the mythos of The Sandman, the work that made him the writer he is today—and that time has come!  Designed to welcome new readers into one of the greatest worlds in DC’s library, The Sandman Universe: Nightmare Country is a terrifying travelogue through a nation recognizable and obscene, which will show you things seen in no Sandman series ever before—with spectacular art by Lisandro Estherren (Redneck, Strange Skies Over East Berlin) and “nightmare” sequences by comics art all-stars! This volume collects The Sandman Universe: Nightmare Country #1-6.

After ‘The Last of Us’, what other video games need a TV adaptation?