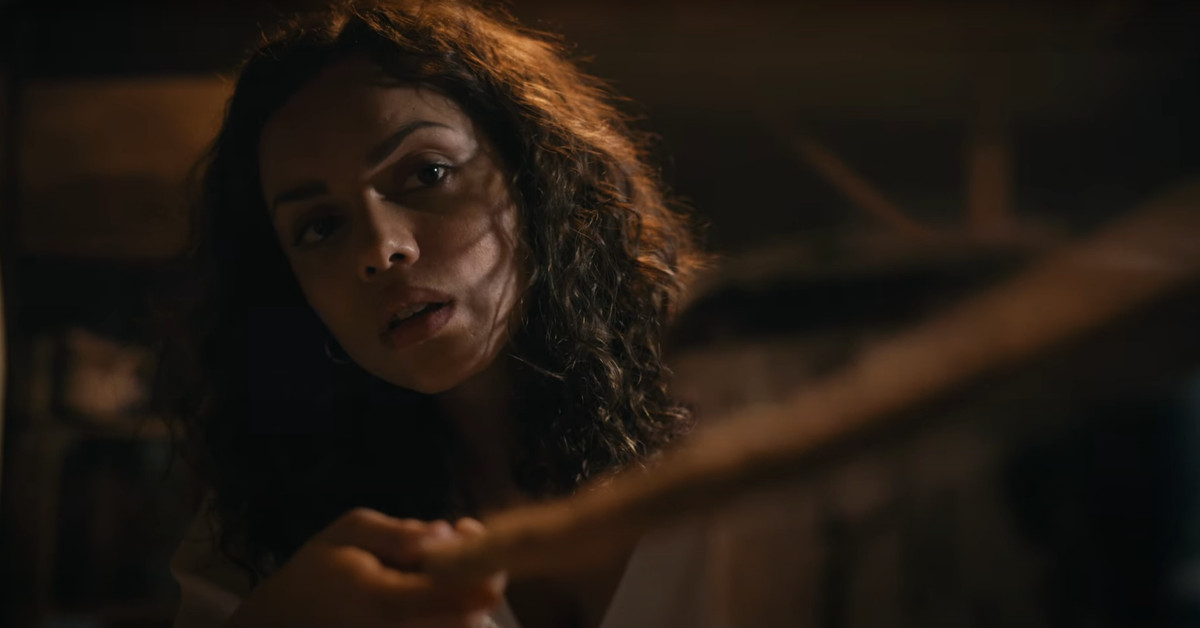 An Airbnb stay is a perfect set up for an infinite well of terror, and horror movie Barbarian seems to be pulling from the concept for its creepy premise. Barbarian stars Georgina Campbell (Black Mirror) as a renter and Bill Skarsgård (It) as her unexpected rental-house occupant who is either the source of or the victim of something terrible.

The trailer opens with Campbell’s character traveling to Detroit for a job interview and knocking on the door of the rental house she’s set to stay in. To her surprise, Skarsgård’s character opens the door and the pair discover that the home was double booked. Skarsgård’s clearly a little weird, but she agrees to stay in the house with him until morning. Then, weird stuff happens.

At this point, things switch into full horror-trailer mode. A Parasite-esque basement is revealed, complete with hidden doors and ropes. There’s a montage of running, exploring by phone flashlight (the battery will surely die), as well as some blood and general screaming. But the trailer is kind enough to leave plenty of mysteries for the actual movie, set for release in theaters on Aug. 12, to reveal.

But while the trailer itself is pretty good, its credits are a little weird. For instance, why on Earth is Justin Long in this trailer for all of two seconds, cowering on a concrete floor with a flashlight in his hand? It’s either a great red herring or a preview of his fate. The trailer also boasts that it’s from “a” producer of It and “an” executive producer of The Grudge, which is amusingly and conspicuously specific.

More importantly, Barbarian is written and directed by Zach Cregger of sketch comedy group Whitest Kids U’Know. While Cregger has never directed a horror project before, Jordan Peele (Get Out, Nope) is proof that the move from sketch comedy to horror can work out pretty well.