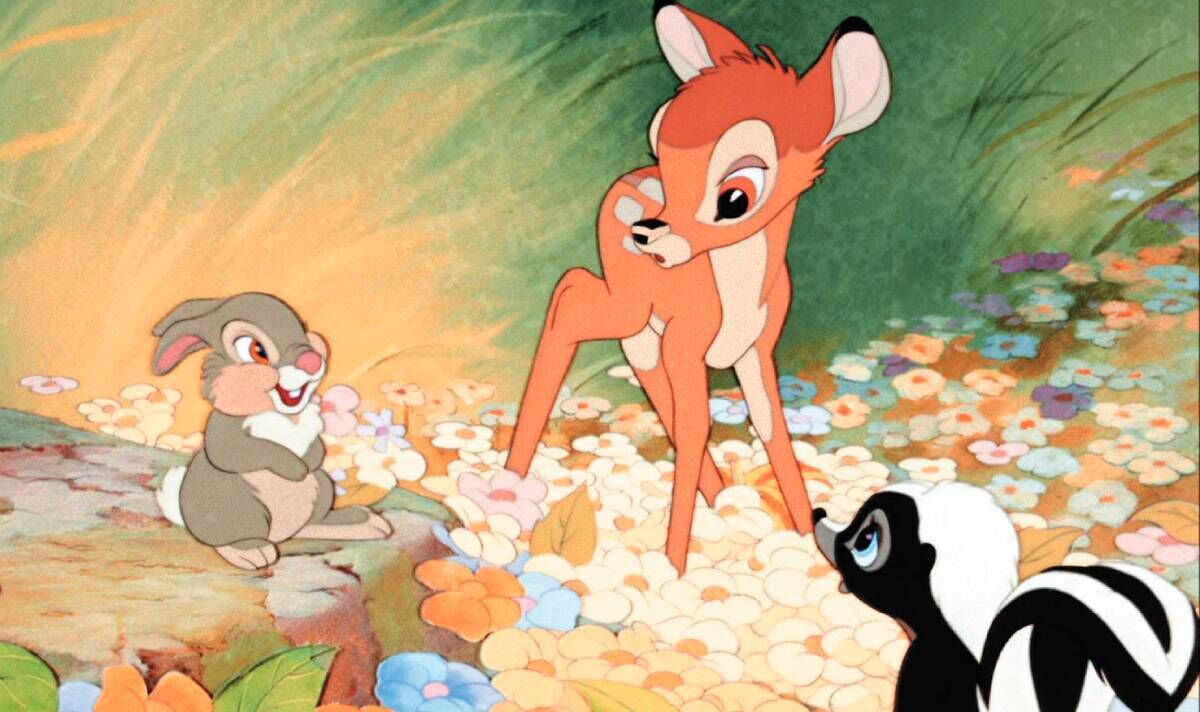 The iconic auteur, whose other hits include Pulp Fiction, Reservoir Dogs, Django Unchained and Once Upon A Time In Hollywood, admits he still shudders to watch the Disney family classic. And he claims: “I think Bambi is well known for traumatising children. It’s a cliche, but it’s true.”

Tarantino, 59, made his startling admission in an interview to promote his new book Cinema Speculation, just published in the US by Harper, in which he dissects the films that have influenced him since childhood.

In it, he boasts of sneaking into “grindhouse”-style movie theatres as a schoolboy to watch back-to-back B movies that were cheaply made but featured scenes of graphic violence to keep viewers on the edge of their seats.

But the only film he says he wishes he had not seen as a youngster already obsessed with the movie industry is Bambi, which he saw with his parents but “asked to leave the theatre after Bambi’s mother was shot and the forest fire began”.

Tears beyond number have been spilled over the decades by youngsters during the heart-rending scene in which a hunter guns her down in the 1942 animated original.

The film was added to the National Film Registry of America’s Library of Congress in 2011 as being “culturally, historically and aesthetically significant”.

The book on which it is based – 1923’s Bambi, A Life In The Woods by Austrian author and hunter Felix Salten – was banned in 1936 Nazi Germany because Hitler, wrongly, believed it to be a political allegory on the treatment of Jews in Europe.

So many copies were burned that first editions are extremely rare.

As recently as 2004, a British movie industry watchdog group proposed a bill that would have banned the Disney picture for being “dark, intense, scary, violent and upsetting” and causing “psychological harm” to children, giving some their first experience of killing and death.

Aside from Bambi,Tarantino says the only other film he refused to watch to the end wasWes Craven’s 1972 gore-festThe Last

House OnThe Left. He said: “Both take place in the woods and both had me saying, ‘I gotta get out of here’.”

What Is The Wordle Answer Today? #519 Hints & Tips For Sunday, November 20

Pokemon Scarlet & Violet: How To Get Pikachu