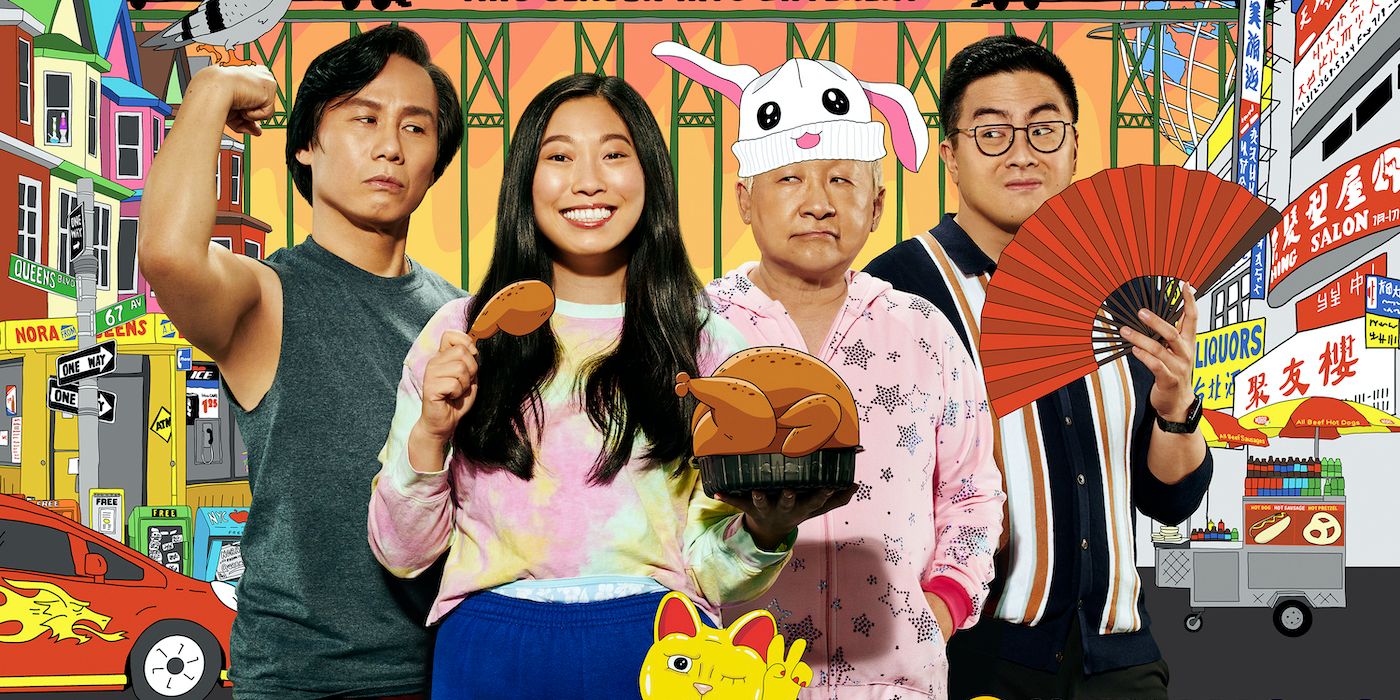 Awkwafina won’t be going anywhere anytime soon on Comedy Central, as the network has picked up her series for season three, per Deadline. Awkwafina is Nora from Queens wrapped its second season back in October, and the season three announcement is surely welcome news for fans of the talented actress. She is also a creator on the series alongside Teresa Hsiao.

Awkwafina plays an exaggerated version of herself in the series. It follows “a 20-something woman, named Nora Lin, who strives for a larger-than-life existence”. Living with her cousin Edmund (Bowen Yang), dad (BD Wong), and grandmother (Lori Tan Chinn), Nora must learn to navigate adulthood in New York City. The show’s second season performed well for the network and their home platform of Paramount, so a third season renewal seemed likely. It’s also an encouraging move given Awkwafina’s increased demand in Hollywood.

Guests on the series have included Jaboukie Young-White, Michelle Buteau, Wai Ching Ho, Stephanie Hsu, Ming-Na Wen, and Awkwafina’s Shang-Chi and the Legend of the Ten Rings co-star, Simu Liu. Awkwafina has written several episodes of the show herself. Strong, comedic directors have lent their tastes to the series, from Lucia Aniello to Natasha Lyonne.

RELATED: Awkwafina on ‘Shang-Chi’ and Why She Always Wants to Make the Camera Person Laugh

Awkwafina’s stardom has only gotten brighter in recent years, with the actress coming off supporting turns in major blockbusters like Shang-Chi and Jumanji: The Next Level. She showed off her acting range in 2019 with The Farewell, which was directed by Lulu Wang. Most recently, she lent her voice to the Dreamworks animated film The Bad Guys, and she’s also voiced characters in Raya and the Last Dragon, The Angry Birds Movie 2, and The Spongebob Movie: Sponge on the Run. Next year will see her alongside Nicolas Cage and Ben Schwartz in vampire comedy Renfield, as well as voicing Scuttle in Disney’s live action version of The Little Mermaid.

Awkwafina is Nora from Queens is one of Comedy Central’s few current programs. They also currently air new episodes of Crank Yankers, in addition to variety shows like The Daily Show. The bulk of their programming comes from syndicated shows, such as The Office, Futurama, and Brooklyn Nine-Nine.

Awkwafina is Nora from Queens should return for its third season some time next year.

‘Doctor Strange in the Multiverse of Madness’: All the Easter Eggs You Might Have Missed

Why Was Mark Harmon’s Gibbs Still In The NCIS Opening Credits During Season 19?…