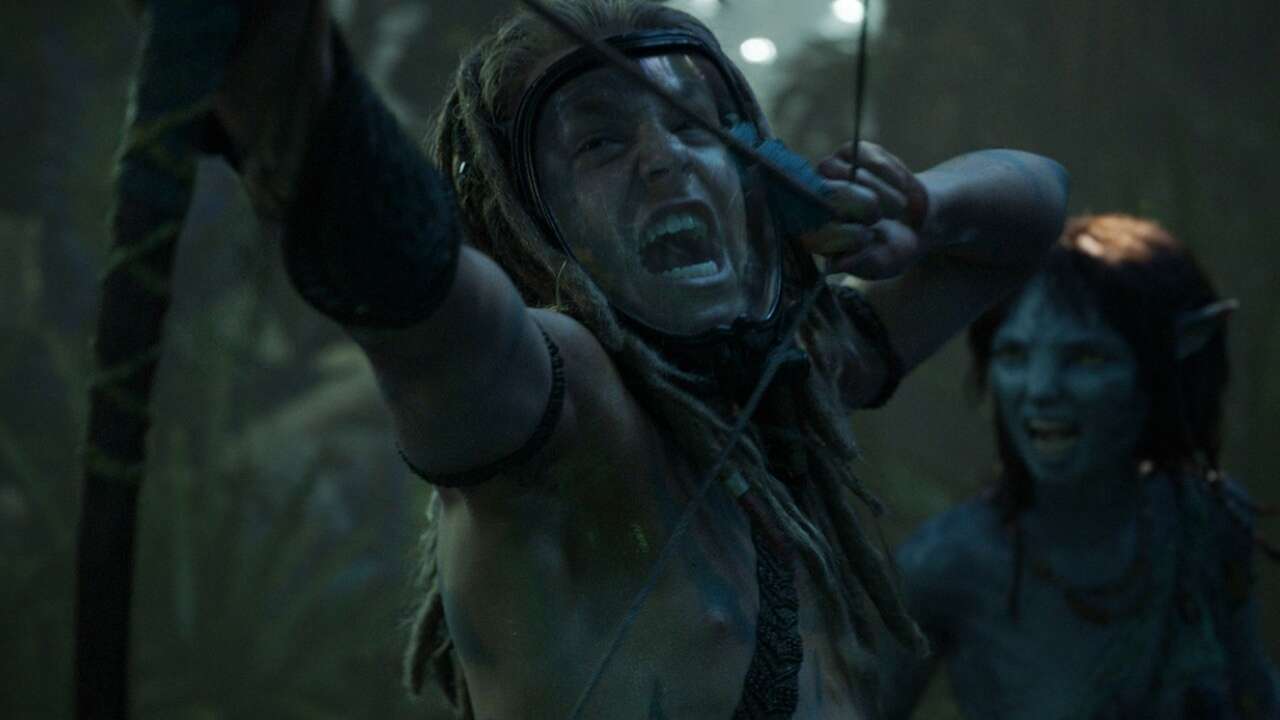 Over a decade separates the releases between the first film and Avatar: The Way of Water. But director James Cameron wasn’t just dilly dallying away behind the scenes. In fact, he recently explained the “hideously difficult” process of filming human actors–like Jack Champion’s Spider–alongside Na’vi in the sequel with cinematographer Russell Carpenter.

Speaking with Vanity Fair, the duo explained the lighting process behind Avatar 2 and how certain scenes were shot two times years apart with Spider. “Because he was in so many scenes, in so many different environments, you really have to nail down exactly when and where and how the light is and maybe where shafts of sunlight are hitting,” Carpenter said. “If any of those cues are off, the audience goes, ‘Wait, something’s out of whack.’ And so we worked really, really hard.”

Cameron followed this up elaborating about how Champion did motion capture for Spider first before filming scenes as himself. “So Russ would light the scene, so everything that we did with Jack photographically, we did previously with him in terms of capture,” Cameron said. “So, Jack did his entire performance twice, once for all the other actors like Sigourney [Weaver, who portrays Kiri] and Britain [Dalton, who portrays Lo’ak] and Sam [Worthington, who portrays Jake Sully], so that he was there kind of off camera. And he was like 13 at the time.

“And then later when we shot, he was 15, so he changed in size and vocal range a bit, but we capped him and then we had these capture scenes. Then Russ would light the capture scene and we’d say, ‘OK, there’s a bit of purple light coming from the tank over there, the amnio tank, and there’s a kind of cyan, slightly cyan kind of fluorescent light, and then there’s screen lights or whatever.’ Russ would just fool around with that.”

Cameron and Carpenter proceeded to discuss cutting these scenes together, not only matching humans alongside Na’vi but also ensuring the lighting bounced off both properly. Needless to say, it’s no wonder the cinematographer referred to it all as “painstakingly difficult.”

They’re seeing amazing audience feedback for their troubles, though. Avatar: The Way of Water is now the sixth-biggest movie of all time, recently surpassing Spider-Man: No Way Home. Looking ahead, Cameron has already mentioned that Lo’ak will be the narrator for the untitled Avatar 3.

For more, be sure to check out GameSpot’s Avatar: The Way of Water review.