As Dusk Falls Creator Talks Choice, The Game’s Launch, And What’s Next 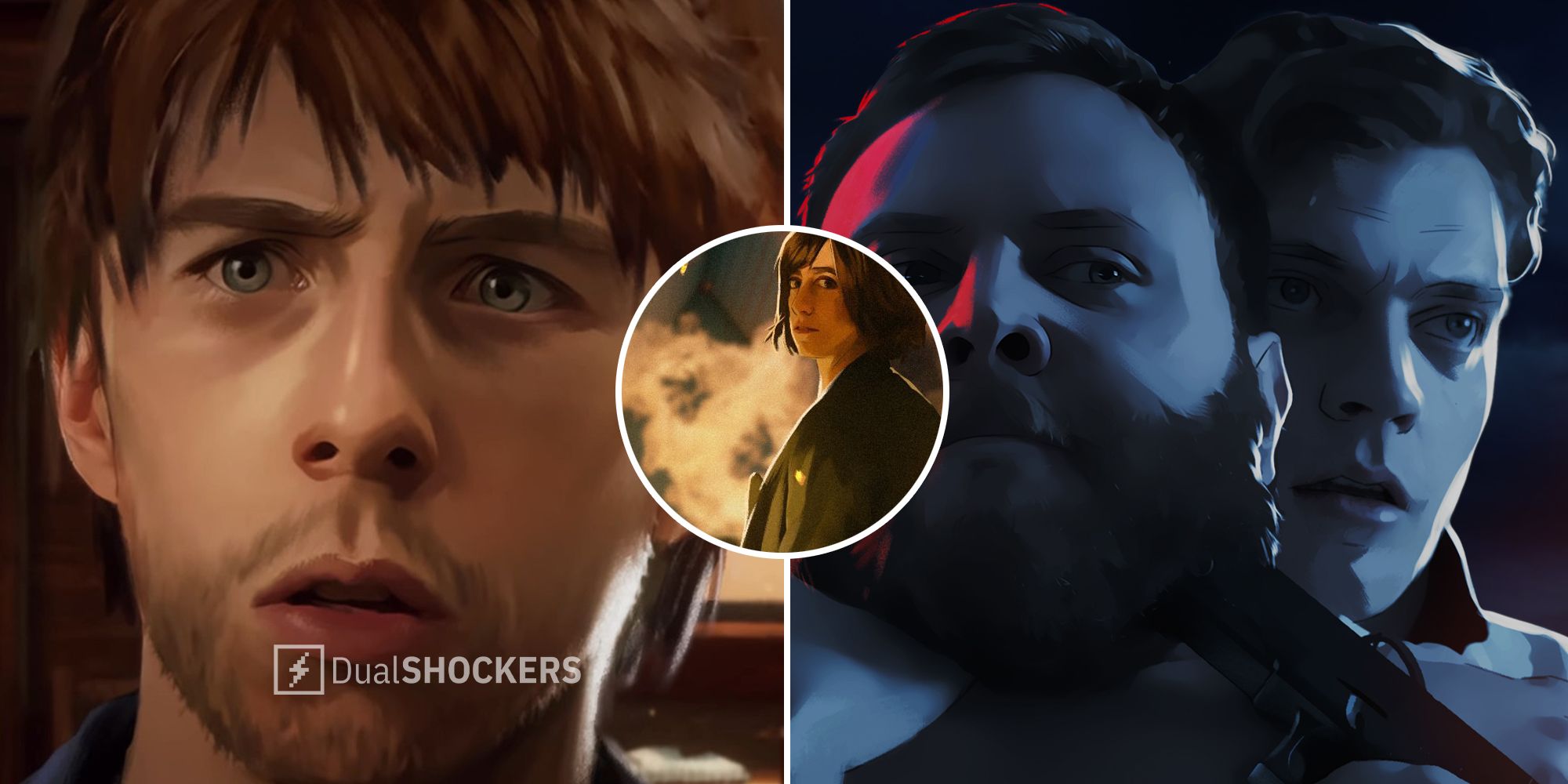 As Dusk Falls is one of the most interesting games of the year – an interactive movie with a distinctive art style that involved taking stills of actors as they performed their scenes, capturing their most expressive moments, then digitally painting over those moments and superimposing the actors’ dialogues over the images. It’s weird, it’s bold, but it really works, as do many other moving parts of this riveting road movie crime thriller.

A couple of months on from As Dusk Falls’ release (which includes a Day One Game Pass launch), the dust has finally started settling at debut developer Interior Night, so I thought I’d catch up with studio founder and Creative Director Caroline Marchal to talk about the game’s launch, its creative decisions, and the potential of this game – and those like it – to make it over to traditional streaming platforms like Netflix.

Since the game came out, Marchal has spent a good bit of time watching people play the game on Twitch, and has noticed that the tone of the game is drastically affected by the running narrative of whoever’s playing it. “It’s very funny how the atmosphere changes depending on the streamer and their community,” Marchal observes. “Some can be very distrustful of every character, others are very caring, and that changes how you see the story.”

Watching people play As Dusk Falls on Twitch, was Marchal surprised at all by the choices people were making, and how they were reacting to the game? “Not exactly surprised, because I know audiences are savvy, but it’s interesting how they pick up on every small hint we put in,” Marchal tells me. “With the grandpa for example, everyone was like ‘Oh, he’s got a secret. He’s not telling everything,’ or with Paul the hotel manager, or when the cop comes in at the end of chapter one, everybody suddenly tries to figure out ‘what did we say? Let’s carry on with the lie, and so on. It was cool to watch.”

Interior Night may be the first time Marchal has led her own studio into a project, but she’s no stranger to working in this genre. For years, she worked at well-known ‘interactive drama’ developer Quantic Dream on Beyond: Two Souls, Heavy Rain, and even 2005’s Indigo Prophecy (one of the first notable games of its sort). Having been on the frontlines of these games since the genre’s infancy, she understands how to make them, but As Dusk Falls was an altogether new different experience to put together.

The key variable is, of course, the art style. Quantic Dream games use motion-capture that then gets turned into 3D animation. In As Dusk Falls, while the in-game environments and all objects within them are 3D-modelled, the performances are live-action which then gets turned into static shots.

ALSO READ: Solium Infernum Is About Taking Over Hell Through Politics And Cunning

“It was a very different experience and a different team. We don’t have really animators, we have more 2D artists who paint over each frame,” Marchal tells me. “We’d work with 3D models – everything grayscale – then we go and shoot those shots with real actors in live action, then we extract from the videos. Our wonderful cinematic artists select the performance they need, pick out images that are painted one by one by hand, then put them back in the game.”

Relying as it does on live-action performances, As Dusk Falls is a ‘cinematic’ game in a more literal sense than most. For all her experience in games development, Marchal has never worked in film or television, which meant that the team brought on talent from the film industry to help with the production. “We needed that expertise to organise the shoots, direct the actors etc,” says Marchal. “The type of acting between mo-cap and live-action is quite different; mo-cap is more body gestures, more theatrical, whereas live-action is very introspective, more nuanced expressions, which is exactly what we wanted.”

This leads me to suggest to Marchal that on the moment-to-moment level, As Dusk Falls is essentially a ‘game of expressions.’ Every single still shot, every frame, captures the moment during a character’s/actor’s performance when their face is at its most expressive; that one still needs to capture the gravity of what can sometimes be several sentences of voiced dialogue. Given that all the actors’ performances were ultimately going to be turned into these stills, Interior Night at one point experimented with photographing the actors and using those photos for the game, but in the end that didn’t quite capture the feeling they wanted.

“Initially, we did rehearsals with actors to understand blocking, scene dynamics et cetera, but then moving to shoot we looked at moving to photographs because then we wouldn’t need to play out everything, it would save us time and so on,” Marcal begins. “Then we realised that this didn’t work, because actors are not models and that’s not how you get the best performance. We could go a little faster because we didn’t have to shoot all the branches, for example, but their work was quite similar to what they do for traditional live-action.”

As Dusk Falls gives players a lot of agency over branching narratives, and Marchal (luckily for me) confirms something I wrote about the game previously, namely that its sparingly animated art style actually leads to more branching story possibilities because less resources need to be spent on fully acting, animating and 3D-modelling the scenes.

But even in a game built on the promise of giving players agency over who lives and who dies, some compromises on that agency have to sometimes be made, and not every character can be saved. In one situation – redolent of the movie Final Destination where the characters struggle to escape their fated death – you can save a certain character at one point, but even if you do, that character will still inevitably die later on. “There are some moments where we’re like ‘there are too many variables now, so [REDACTED] was sacrificed on this,” says Marchal. “But I think also that it fits the character really well, it works with their arc, but it only happens in the one case.”

Looking to the future, As Dusk Falls seems ripe for a sequel, though Marchal is staying silent on that for now. Something that she was happy to discuss, however, was the idea of her studio’s games coming to Netflix or other streaming platforms. Another, different, kind of cinematic game, Immortality, was recently confirmed to be coming to Netflix, and it seems like new doors are opening to games of this sort. “I think it would fit our image really well,” says Marchal. “In the future, it’s definitely something Interior Night will be looking into because our goal is to bring more people into games. The Netflix audience is super broad – it’s full of gamers, but people don’t consider themselves gamers also. These are really interesting platforms for us as a studio.”

As Dusk Falls is welcoming to audience both from within and outside of gaming. Its inclusive multiplayer, which lets up to seven people play using either controllers or their phone touchscreens, can turn it into a kind of cinematic party game, while its simple quick-time event mechanics feel particularly accessible. At this point you can play the game on Xbox and PC, but who knows? Maybe its likely sequel will be available to play on your TV as part of your Netflix, Apple TV, or other streaming service sooner than you think…

NEXT: Forget Stray, Endling Is The Best Animal Adventure Of 2022