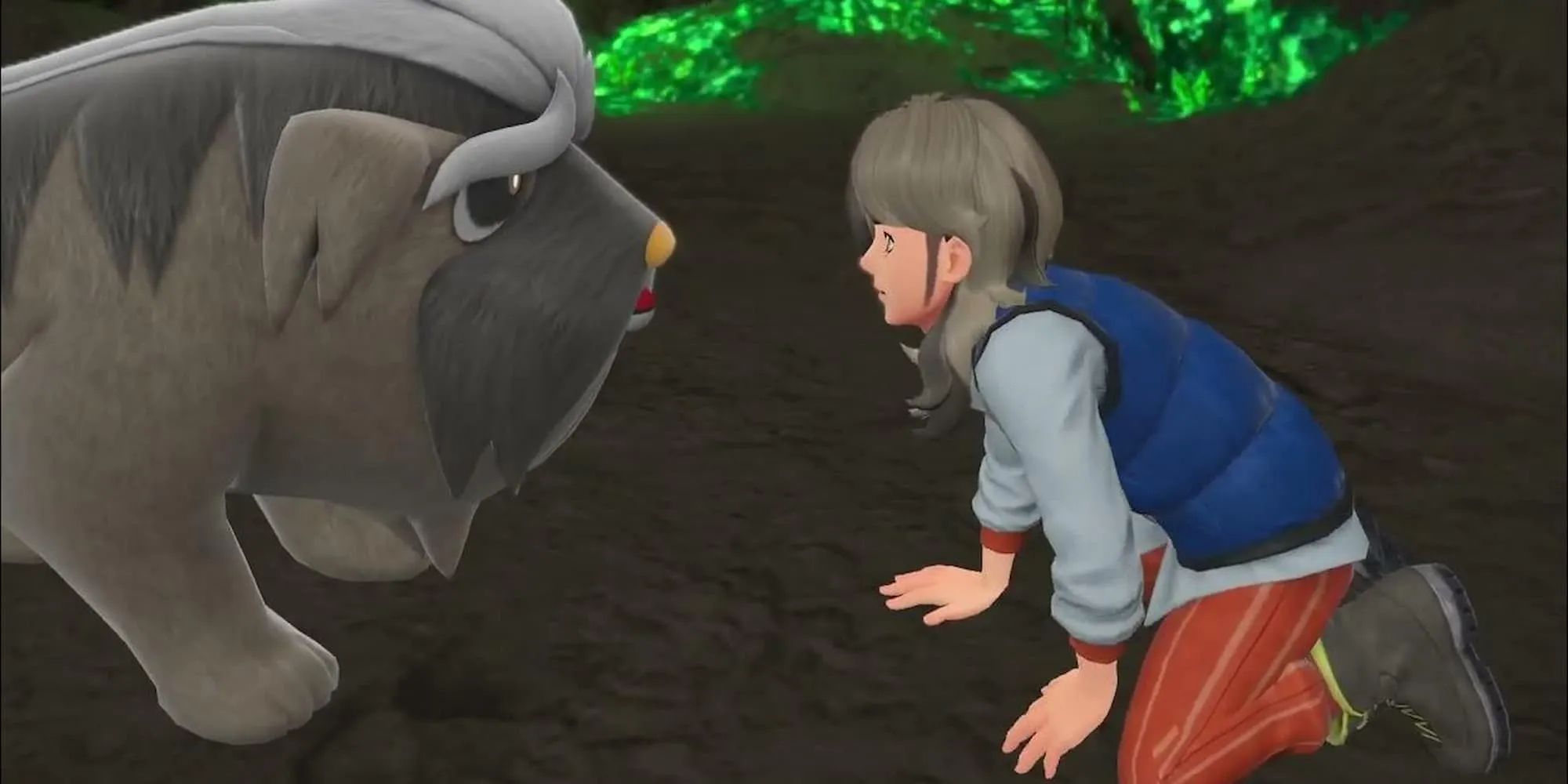 SPOILER WARNING: This article is going to contain plot information for both the Path of Legends and endgame storylines in Scarlet & Violet, so if you haven’t made it to the end yet, you may want to come back after you’ve caught up on ’em all.

When I wrote our review for Pokemon Scarlet & Violet back in November, I had to weigh its myriad technical faults with its stellar story, and the best part of that story centered around the emotionally vulnerable himbo of your rival trio, Arven. We first meet Arven early on outside the lighthouse, just after the version-specific legendary (Koraidon or Miraidon) leads us out of the cave we’ve become trapped in. The boy and the legendary know each other, and he’s obviously not happy to see his old acquaintance, going so far as to sulkily tell you that it’s your Pokemon now (to think that people criticized Ultra Sun and Ultra Moon for making it too easy to get legendaries!).

The next time we see Arven is at school, and he’s asking us to go on an adventure to beat up some giant Pokemon and take away their incredibly rare cooking herbs, which seems an odd fixation for him, since the only cooking skill he seems to possess is putting cold cuts and vegetables between slices of bread. Come on, guy. At least get an air fryer!

Once you’ve defeated your first Titan Pokemon and earned your first herb, Arven makes good on his promise and makes you a sandwich seasoned with one of the most rare and sought-after delicacies in all the world (which you can promptly feed to your motorcycle dragon friend, who swallows the whole damn thing without chewing). It’s a hilarious moment and a calm before the storm of tears that are soon to fall.

Once you and your ‘mon are out of earshot, Arven brings out a mysterious friend of his own – an enormous pupper! By the time we’ve chowed down on our second legendary sandwich, Arven shakes free from his cage of resentment and introduces us to Mabosstiff, his only true friend in the world. And this is where the tragic backstory really starts taking shape.

See, Arven’s mother or father (depending on the version) is the region’s Pokemon professor, who’s been dedicating their life to researching a mysterious crater at the center of the landmass instead of, y’know, doing anything parental ever. This big dog seems to be all Arven’s ever had for company, but it’s been grievously injured by your new legendary friend’s evil twin (who the professor insisted on studying), and no amount of healing seems to work. That’s why he’s led you on this quest under false pretenses — the herbs may be able to save his friend, and he’s so lacking in trust for anyone else that he couldn’t even be honest about it.

For anyone who’s ever watched a loved one, and specifically a pet, slowly fade, the presentation is jarring. Mabosstiff comes out of his ball like any other Pokemon, but he just lies there dejectedly, not even able to open his eyes. With each herb, though, he begins to recover little by little, and with each step towards recovery, even the simple act of snuffling at his favorite ball, Arven’s tears of joy magnify a light of hope — his only hope against a lifetime of solitude. Even though this is a game aimed at kids, I was genuinely worried that the plan wouldn’t work, that the dog would die, and Arven just wouldn’t be able to cope. Luckily for Arven, the writers didn’t go that route.

They just kill off his mom or dad instead.

As if Mabosstiff’s journey weren’t heavy enough on the heart, the endgame has you and your team of companions going into that great big crater, searching through decimated research buildings in search of the professor. Once you finally find them, they reveal that they’re actually a lifelike android made to look and act identical to Arven’s negligent parent, and when you try to deactivate the time machine that’s threatening your world, the robo-mom-or-dad’s failsafe kicks in and they try to kill you. Then, when you save the android (and the world), they tell Arven that they’ve always loved him and then immediately peace out forever with the time machine.

The whole dog thing’s starting to make a lot more sense at this point.

While the game ends in a true Polaroid moment, with Arven finally making amends with the legendary monster and all your friends flying off together into the sky, the final cutscene of him stumbling away from the final research lab feels like a 10-ton weight chained directly to the heart. The payoff where he overcomes all that pain, celebrates the victory with his friends, and finally is able to love and be loved by other human beings, is the five-star dessert that this sandwich maker has earned.

I don’t claim to be an expert in psychology. My professional run-ins with the subject start and end with a psych 101 professor who got his giggles by writing exam questions about a man named Bob who thought he had microscopic space aliens living in his penis and a counselor who thought he could fix all my problems with tiny Japanese trees. What I do know is that this young man has been through entirely too much trauma and manipulation for his age, and even in a game that ups the ante on sympathy and compassion, Arven’s tale is one that certainly doesn’t make me feel like I’ve been playing a kiddy game.

Denial of responsibility! Gamers Greade is an automatic aggregator of the all world’s media. In each content, the hyperlink to the primary source is specified. All trademarks belong to their rightful owners, all materials to their authors. If you are the owner of the content and do not want us to publish your materials, please contact us by email – [email protected]rade.com. The content will be deleted within 24 hours.

WWE 2K23 Will Reportedly Be Announced Later This Month