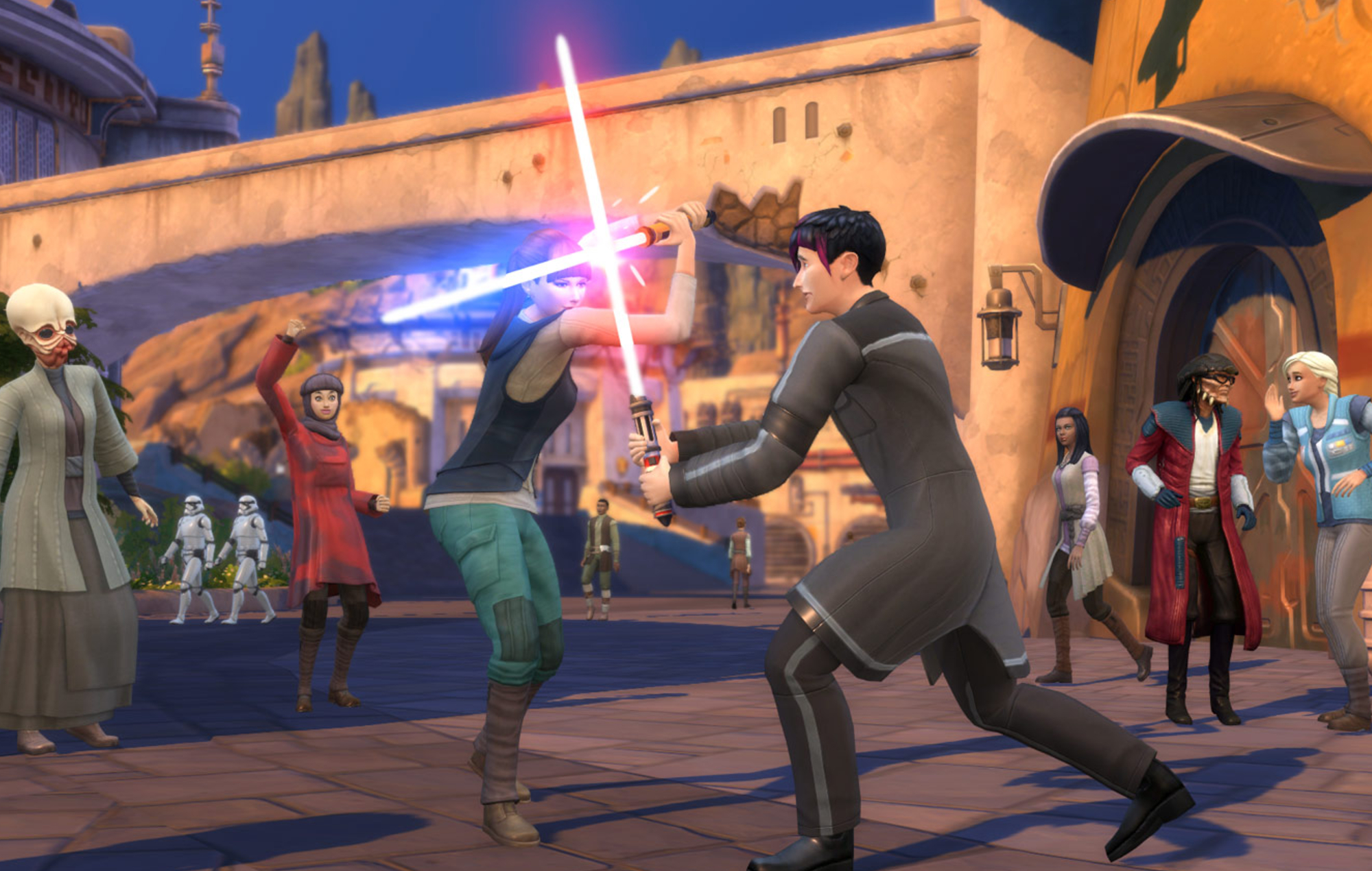 This Week in Games is a weekly column where Vikki Blake pulls apart the biggest stories in gaming each week. This week, she reflects upon the modding community and the industry’s on-going love/hate relationship with it.

As neither a modder nor a game publisher myself, I can only peer at their symbiotic relationship and make (let’s face it: laughably uninformed) judgements from afar. To my untutored eye, it’s all faintly reminiscent of the uneasy truce between step-parents and their step-kids. Like: it’s clear that they don’t like each other. They don’t trust each other. And neither wants the other hanging around. But because of that one connection they share – one single link without which their paths may never have ever crossed – they’re stuck with each other.

When the PR machine is engaged, all parties talk of respect and partnership between games and their modding communities. Behind closed doors, though, I suspect the gloves come off. Take EA, for example. On Tuesday, it posted on its Sims 4 support pages that it has “a long tradition of supporting creativity in our community“, acknowledging that “mods are an important part of [our] game experience”.

Rewind just a couple of weeks, though, and you’ll see EA had incensed that same community by changing the rules of what modders could – and could not – do when it came to The Sims 4. You see, some mods, by their very existence, infringe on copyright – especially if they’re using or modifying existing copyrighted assets. And therein lies the rub.

Not entirely sure what modders and mods are? That’s okay: there are no stupid questions in my classroom, my friend. Modders are the fine folks who build upon the foundations of our favourite games and modify and extend them, be that through making additional content. That can include cool gameplay changes – like adding a functional Metro system to a game that didn’t have one, or asking players if they would like to summon their favourite NPC or Elden Ring boss to fight alongside them…or, For Reasons, making every horror villain exponentially more horrific by gluing the frozen grin of Thomas the Tank Engine onto their faces.

Depending on whether you’re a player or publisher, this is a harmless activity that can breathe new life into an old game, or a system wherein amateur coders profit from somebody else’s ideas and hard work.

One thing that can’t be disputed: done right, mods can keep players engaged in a game far longer than otherwise. Only last week, PlatinumGames‘ Nier: Automata – released in 2017 -hit headlines when footage of a never-before-seen room and mysterious church popped up online. While doubts about its authenticity split the fanbase in half, there’s no denying it rekindled interest in the action RPG half a decade on from its original release… even if it turned out to be little more than an elaborate hoax.

But while it’s tempting to think that the kind of publicity Nier: Automata gleaned last week can only be a good thing for everyone involved, some publishers seem to think otherwise. And Take-Two Interactive – the publisher behind games like Rockstar‘s Grand Theft Auto and Red Dead Redemption – is seemingly hell-bent on taking down both modders and fan projects inspired by its games.

Just last month, it issued yet another prominent DMCA takedown. Despite insisting the VR mods of Rockstar games impacted don’t contain any copyrighted material – they say they create “original pieces of software of [their] own creation that allow users to experience those games in a different and hopefully more intense and profound way” – modder Luke Ross was forced to remove “everything that can be even remotely associated with IP by Take-Two, Rockstar and 2K“, from their Patreon.

In some (admittedly rarer) cases, though, modding can bring games into serious disrepute and be outright dangerous. Earlier this year, a hugely popular mod for the excellent city-building sim Cities: Skylines was banned by Steam when it became apparent that the mod was hiding malicious code that intentionally infected users with malware. By the time the virus was discovered and its author (and subsequent sockpuppets) banned, it had already been downloaded by over 35,000 players.

Going back to the more common disputes (which usually come down to money), publishers have every right to issue DMCAs. If they own IP rights and believe a mod is infringing on those rights, they’re entitled to take whatever redress they feel necessary, including DMCA strikes. But the way some go about it feels so unnecessarily terrifying, especially when the modders concerned are freely distributing their passion projects. No, I don’t know the definition of what is, or is not, a derivative work. Yes, I understand why some publishers pursue claims, especially when mods aren’t free and – rightly or wrongly – the modder is profiting from their work.

But I do know that fighting these claims must be every bit as terrifying as that Thomas the Tank Engine mod when you’re an amateur developer being sued for bringing new ideas and improvements to your favourite game.

Sleeping Dogs Turns 10 Years Old – Are You Still a Fan?

The Inspirations And Themes For Each Chapter