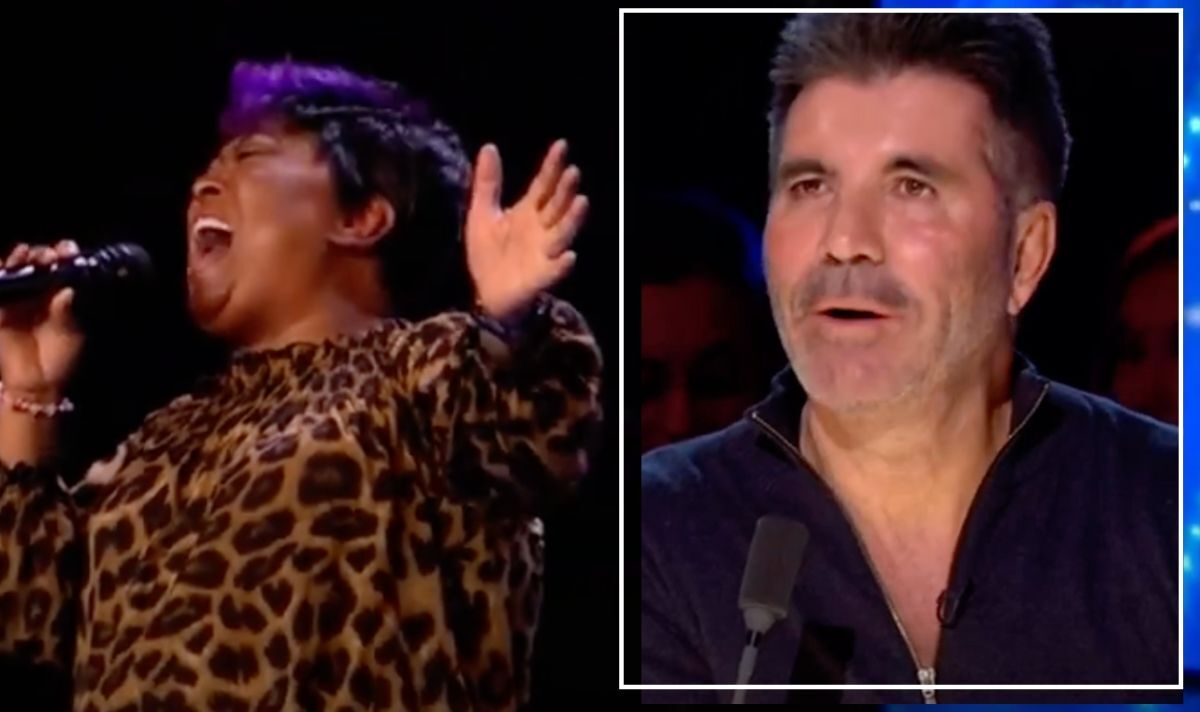 Britain’s Got Talent returned to screens on Saturday with a brand new set of acts hoping to impress judges Simon Cowell, Amanda Holden, David Walliams and Alesha Dixon. The show, which returned after two years of absence following the COVID-19 pandemic, has faced backlash, with some members of ITV’s audience accusing the programme of being a “fix” after spotting several “professional” acts, who are no strangers to the limelight.

Over the weekend, contestant Linda John Pierre, 53, raised the roof and got everybody up on their feet dancing when the singer performed Jocelyn Brown’s classic Somebody Else’s Guy.

Eagle-eyed fans couldn’t help but recognise the talented starlet, who has featured in an advert for Mecca Bingo.

ITV viewers wasted no time in sharing their news on social media, with some slamming the programme for having well-established professionals auditioning as amateur contestants.

Taking to Twitter, @angelak62 said: “Is this another ringer because shes off the Bingo advert #BGT #BritainsGotTalent.” (sic)

The vocalist plays Mable in the advert and dances with a pair of bingo dabbers, which fans were quick to point out.

@LukeHayesII1 echoed: “My mom says she looks like her from the Gala Bingo advert #BGT #BritainsGotTalent.”

As well as her advert appearance, Linda has also been recognised for her previous theatre roles in the West End, including Mamma Mia: The Party and Show Boat.

Sharing their frustration with the show’s line-up, @BillyBo50083013 fumed: “Another professional….ffs .. have they ran out of amateurs.”

After receiving a standing ovation by the judges, Simon gushed: “You’re not messing around are you, Linda?” while the contestant broke out into tears of joy.

“Can I call you loveable Linda?” Alesha asked the singer, praising the star for her knockout performance.

“To be honest, I wouldn’t have cared if you’d have sung the phone book,” she quipped.

The Misteeq singer went on to add: “I just really like you and it is one of my favourite songs.

“You really brought the party and it was a wonderful audition, you did brilliantly well.”

Overwhelmed by her feedback, the performer beamed: “Thank you so much.”

“Kinda wish there was a whole concert of Linda tonight because we had such a great time listening to you.”

Despite being recognised for the Bingo advert, some were left blown away by Linda’s voice and praised the singer for having a “fantastic” voice.

Britain’s Got Talent continues on Saturdays ON ITV at 8 pm.