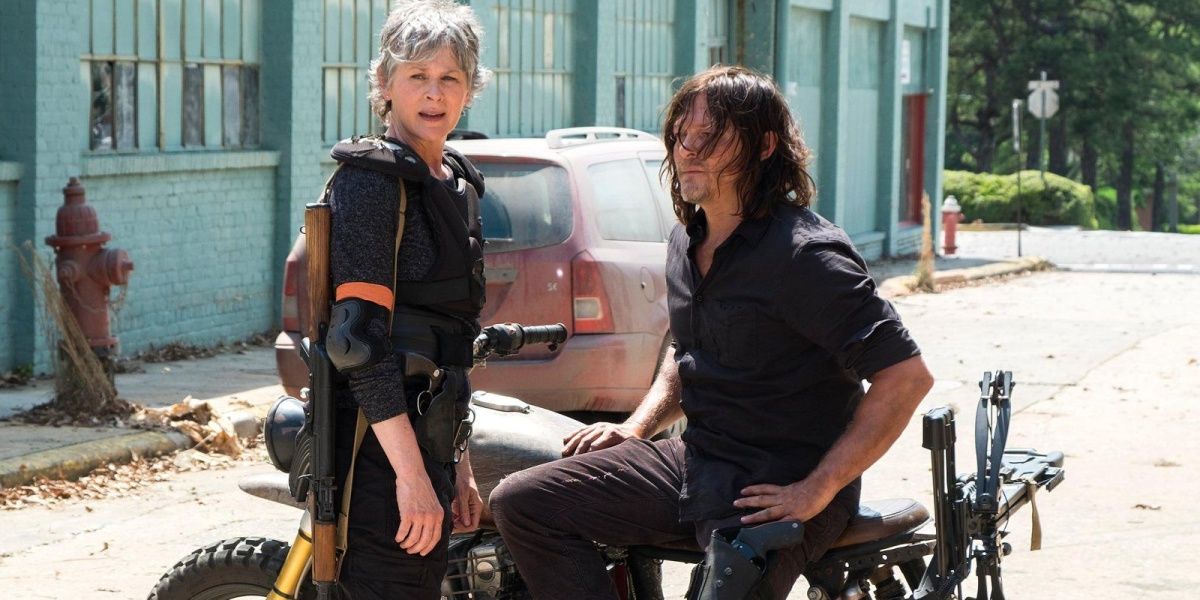 More changes are in store for the upcoming The Walking Dead Daryl-centric spinoff series, according to an exclusive Deadline report. Just a few days after fan-favorite Walking Dead actor Melissa McBride, who played Carol in the original series, exited the project, former ER showrunner David Zabel has signed on to be the showrunner for the Untitled series, following Angela Kang‘s departure. Kang was originally set to be showrunner for the series, but she has taken a step back to focus on other projects and will remain as the executive producer. In addition to ER, Zabel also co-created the PBS series Mercy Street, which ran for two seasons.

McBride’s exit was certainly a disappointment to longtime fans of The Walking Dead, especially concerning her character Carol’s special bond with the spinoff series lead Daryl, played by Norman Reedus. AMC commented on McBride’s exit by stating, “Melissa McBride has given life to one of the most interesting, real, human and popular characters in The Walking Dead Universe. Unfortunately, she is no longer able to participate in the previously announced spin-off focused on the Daryl Dixon and Carol Peletier characters, which will be set and filmed in Europe this summer and premiere next year.” They cited McBride’s current inability to relocate to Europe for production as her reason for exiting the project.

Production on the series is set to begin in Europe in the next few months. However, there is a snag regarding McBride’s exit, as scripts for the series were already in the works when she left the project. The series was set to premiere sometime in 2023, but it is unclear if that date is still in place. This new project is one of many spinoffs from The Walking Dead, including long-running Fear the Walking Dead, the short-lived World Beyond, the upcoming Tales of the Walking Dead, and the recently announced Maggie-Neegan spinoff Isle of the Dead, starring Jeffry Dean Morgan and Lauren Cohan. The Walking Dead premiered back in 2010 and is currently in its eleventh and final season, which is airing in several parts, with the final episodes set to arrive later this year on AMC.