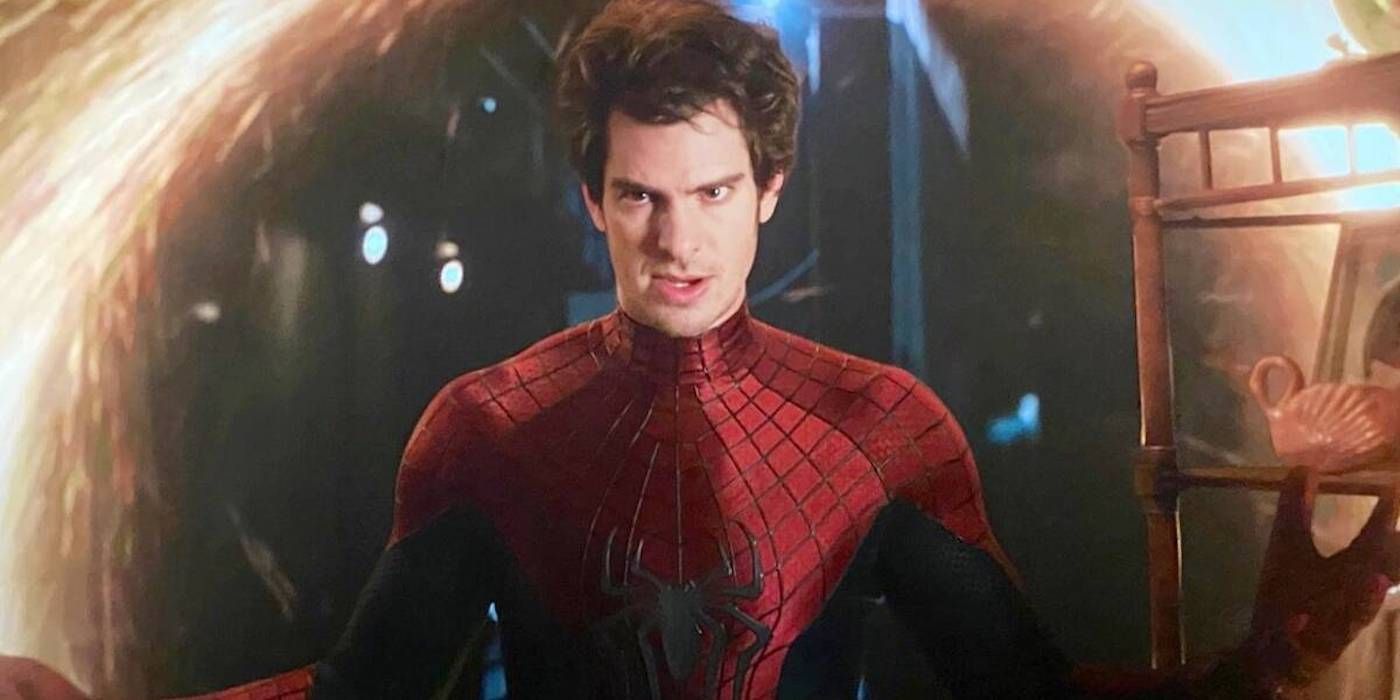 Closure does not come easily, and most of the time, it arrives in unexpected ways. And for Andrew Garfield, filming last year’s Spider-Man: No Way Home helped him patch the “undone” stitches he felt during his short-lived stint as Peter Parker in the two The Amazing Spider-Man films. Garfield took on the role of Peter Parker in 2012 and 2014, and while he wasn’t sure he ever believed they’d make another movie, he didn’t feel like the “circle” was complete.

During an interview with GQ, the English and American actor was asked if it felt like “finally closing the circle” for playing Peter Parker once again alongside Tobey Maguire—who played the character in three Sam Raimi-directed Spider-Man installments—and Tom Holland, who plays Spider-Man in the Marvel Cinematic Universe (MCU). Garfield said:

“I don’t know if I had an expectation of doing more. I was very open to it being whatever it was meant to be. But there was an undone feeling. Like, What was that experience about? And how do I close that circle in my living room on my own? And I was doing that – and then it was like that classic thing, when you’re getting over a relationship, and you’re first starting to really feel free and untethered from that thing – the person knows to call the hour after the first good night’s sleep you’ve had.”

But even though he didn’t really expect to play Peter Parker again, playing the part in Spider-Man: No Way Home was “just kind of beautiful” for the actor, saying that he got to treat it like a short film about his spider pals. “I got to treat it like a short film about Spider-Man with buddies. The pressure was off of me. It was all on Tom’s shoulders. Like, it’s his trilogy. And me and Tobey were there to provide support and have as good a time as possible, actually, and be as inventive, imaginative, and kind of dumb as possible,” Garfield said, adding that despite there being “three people who feel real ownership” over the character, playing it with Maguire and Holland felt like some sort of brotherhood.

RELATED: 7 Amazing Movies of Andrew Garfield to Watch If You Haven’t Already

Spider-Man entered the MCU in 2016, with Holland in the lead. The British actor first appeared as Peter Parker in 2016’s Captain America: Civil War. He then continued to play the role from 2017 to 2021, with Spider-Man: No Way Home as his latest entry, where he teamed up with versions of Spider-man from different universes. Although Garfield and Maguire appeared to have put their Spider-Man masks down despite never completing their separate Spider-Man story arcs, they both became part of the MCU with Holland.

Garfield was supposed to continue playing Peter Parker following The Amazing Spider-Man 2, but the third installment was canceled due to several developing issues. He rose to prominence after appearing in the biographical drama film The Social Network in 2010. After ending his role as Peter Parker in 2014, he continued acting, and has appeared in several critically acclaimed films like 99 Homes, Hacksaw Ridge, Silence, Breathe, and most recently, Tick, Tick… Boom!.

Check out Garfield alongside Holland and Maguire in a clip from Spider-Man: No Way Home down below.