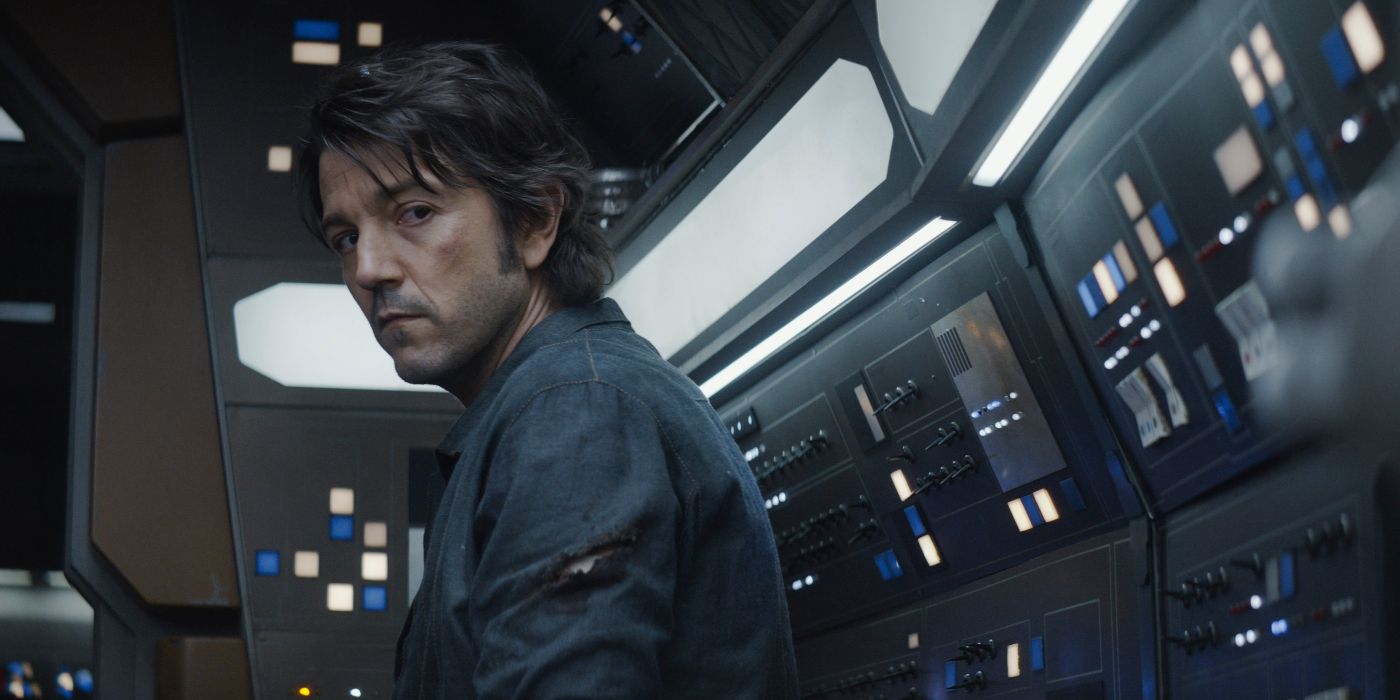 Season 2 of Andor may be on a fast-paced collision course with the events of Rogue One, but Tony Gilroy revealed to that Yavin is also on the itinerary for the new season. During an expansive interview with Collider’s own Steve Weintraub, Gilroy shared a few details about the next season of the series that got us very excited. In addition to confirming that Ariel Kleiman, Janus Metz, and Alonso Ruizpalacios would be joining to direct, he also shared that his brother Dan Gilroy and Beau Willimon would be returning to write the upcoming season, along with Star Wars newcomer Tom Bissell who is set to join the writer’s room. It was during his praise for Bissell that he revealed Yavin’s presence in Season 2, saying:

“Tom Bissell is really cool and really, really interesting, versatile, really good writer. But also a very, very, very big Star Wars fan, which we really wanted to make sure we had another pro because we’re going into Rogue [One], and we’re going to Yavin, and then we’re going into places where we eventually need to really weave our way back to the source. So Tom came in, and he’s been great. So he’s got some episodes too.”

With confirmation that they’re headed to Yavin, which first appeared in George Lucas‘ original Star Wars films, it sounds like Gilroy’s series will continue to strengthen its connections to the early, and tragic days of the rebellion. Yavin has a lot of rich history in both the franchise’s on-screen universe and novels, giving Andor a lot to play with in terms of storytelling potential.

What Happened on Yavin?

Yavin 4 was home to the Galactic Civil War—the events which pitted the rebellion against the authoritarian regime of the Empire. The Alliance to Restore the Republic used Yavin as their headquarters before a fairly devastating battle on the planet which pushed the rebels to find a new headquarters on the frosty planet of Hoth. The planet also became the scene of the Battle of Yavin (or Battle of the Death Star, depending on who you ask) which was a battle that launched the Rebel Alliance into a clear victory against the Empire, having destroyed the Death Star and crippled their forces.

RELATED: ‘Andor’s Andy Serkis Reveals His Character’s Backstory, and It Might Surprise You

Rogue One was already a prelude to these events, so it will be interesting to see how Gilroy plans to build upon Yavin’s legacy, while also fleshing out this very tenuous period in the galaxy’s history. Pre-production on Season 2 has already begun, with Gilroy confirming to Collider that the first shots will take place on November 21.

Aside from Cassian Andor, the series has already reintroduced audiences to Mon Mothma (Genevieve O’Reilly), Saw Gerrera (Forest Whitaker), and Melishi (Duncan Pow) who played a part in the events of Rogue One. While it seems like Stellan Skarsgård will likely return for Season 2, the fates of Adria Arjona, Fiona Shaw, Kyle Soller, Denise Gough, Elizabeth Dulau, Faye Marsay, and Varada Sethu are not yet known.