After tucking her mom in for the night, Elizabeth Kari found herself scrolling through comments on her GoFundMe campaign well past 3AM. She had started the campaign to raise money for her mom’s recovery from a now-infamous assault that took place in New York City and to support community groups and other survivors of anti-Asian hate. Soon, people were sending more than donations.

Some comments shared stories of being brutally attacked, similar to her mother’s. Other heartfelt messages referred to Kari’s mom as “Auntie” or “Tita,” which are terms of respect and endearment for elders in the Filipino community. “You and your mom Vilma make me proud to be an American and a New Yorker,” one comment from April says. “She looks like my mom and it could be any of our mom if we don’t defeat hate crimes and get rid of racism.”

“How great it would be to bundle up my inbox in a sense, and share it with the world”

“I thought, like, ‘Wow, this is so amazing,’” Kari tells The Verge. “It empowered me, it kept me positive. Every time I faltered a little bit, or got tired, or upset, I would open this GoFundMe,” she says.

It was a welcome change from the exhausting stream of headlines about her mom and other recent incidents of violence against Asian Americans. “It almost makes you kind of want to curl into a ball a little bit more,” Kari tells The Verge. To shift the narrative, she started her own storytelling initiative this month called AAP(I Belong).

After reading the stories on her GoFundMe page, Kari launched a website where people who have experienced anti-Asian hatred can anonymously share “stories and words of encouragement.” She works in fashion and says this is the first time she’s ever undertaken a project like this. Some of the stories are now adorning the walls of the Museum of Chinese in America in New York City. It’s part of an exhibition that’s open until May 22nd during Asian American Pacific Islander (AAPI) Heritage Month. After the exhibition closes, she says she plans to share selected stories online on the AAP(I Belong) website and Instagram account.

“I thought, how great it would be to bundle up my inbox in a sense, and share it with the world,” Kari says. “I could give back to a community all this energy and love they gave to me.”

The outpouring of support came after a video of Kari’s mother, Vilma Kari, went viral a couple months ago. In the footage, a man suddenly kicks Vilma in the stomach as she’s walking past a building. After she falls to the ground, he stomps her in the face three times before walking away. The video sparked outrage, not only because of the violence, but because a bystander can be seen in the footage shutting the door after the incident, leaving Vilma on the ground outside.

The name of Kari’s new initiative, “AAP(I) Belong,” is a response to what the man told her mom that day, according to Kari. “He had said, ‘You don’t belong here’ before he assaulted her. So I wanted to kind of use that as a cornerstone of my project and reclaim that word, [belong],” she says.

Kari also wanted to clear up one misconception that emerged in the media storm that followed the video: that her mom was left to fend for herself after the assault. “What this video did not capture was that there was someone who was standing across the street that witnessed my mom getting attacked who yelled and screamed to get the assailant’s attention,” she writes on the GoFundMe page. “This gesture of action is what we need in our world right now.”

“What this video did not capture”

What happened to Kari’s mom is part of a rise in violence against Asian Americans that has rocked the community over the past year. Hate crimes against Asian Americans skyrocketed by 150 percent in 2020. That year, former President Donald Trump continued the long history of using immigrants as scapegoats for epidemics, repeatedly using racist terms like “China virus” and “Kung Flu” when talking about COVID-19.

“We know that people will look at our black hair and ‘yellow’ skin and target us… There’s a lot of anger, a lot of resentment, and also a lot of dread to know that when we go out, we could be subject to racism,” Erin Wen Ai Chew, a 37-year-old with Chinese ancestry, told The Verge last February as prejudice against Asian Americans mounted.

AAP(I Belong) has the potential to paint a fuller picture of what Asian Americans are facing, says Kevin Nadal, an author and professor of psychology at John Jay College of Criminal Justice and Graduate Center at the City University of New York. There are gaps in police reports because of cultural, language, or bureaucratic barriers.

Kari hopes that by creating a place where people can share their experiences anonymously, she might also encourage them to report those incidents. “One of the biggest things that my mom felt with this incident was, ‘Why me?’ But also, ‘Okay, this happened to me — how many other people have experienced this and didn’t have the resources, or the help, or the support, or, you know, video footage?” Kari says.

“How many other people have experienced this and didn’t have the resources, or the help, or the support, or, you know, video footage?”

“When you’re targeted by violence, that might feel shaming or that you’re bringing some sort of stigma to yourself and your family,” Nadal says. “They might not want to report hate violence incidents just because it’s a lot of hassle. They might question, for what? To have to go through the process of reporting to several people and sharing your story over and over again when in reality there may not be any justice that you may gain from all of this.”

There was no justice after the 1982 murder of Vincent Chin. Chin was beaten to death with a baseball bat by two white auto workers during growing resentment in the US over competition from Japanese carmakers (even though Chin was Chinese American). One of Chin’s assailants was cleared of all charges, while the other was eventually acquitted in a retrial.

That case became a rallying point for Asians in America who have since fought for more protection and recognition within the judicial system and outside of it. Storytelling plays a big role in that movement. The 1987 documentary Who Killed Vincent Chin?, a film classic directed by Asian American women, has become a grassroots organizing tool often screened during informal teach-ins. Not long after the film was made, the nonprofit Asian American Writers’ Workshop was founded in New York City. It considers itself a “community of activists” that focuses on “taking stories from the margins and pushing them to the center.” The AAP(I Belong) website adds to that tradition.

“Using our own language is more empowering — but it’s also better data, it’s more informational. You’re sharing the lived experiences of the people who are actually from those communities who are actually surviving and thriving through many different obstacles,” Nadal says. “Previously, people of historically marginalized groups — especially Black, Indigenous, Asian people, Latinx folks — we were told stories about us, written from colonizers’ or settlers’ perspective, as opposed to using our own language.”

Mainstream narratives around hate crimes have been used to sow division between Black and Asian communities and other historically marginalized groups. Social media was rife with “dehumanizing” language used to describe the man who assaulted Kari’s mom, Nadal says. “It was also something that the media kind of perpetuated like, ‘Here’s a photo of this larger Black man who is just out of jail and killed his mother and now he’s attacking this innocent Asian Filipino woman,’” he says. “Those are things that I find to be problematic because when it comes to these anti Asian American hate crimes, we don’t really hear a lot about the white assailants.”

Storytelling projects like Kari’s, on the other hand, can bring people together. That’s an important point for Kari, who is multiracial. After her mom was assaulted, organizers reached out to Kari with photos from rallies to stop Asian hate. “I looked at the pictures, it’s really like a sea of all types of people,” Kari says. “It’s really beautiful to see.”

Kari says she’s received some 200 submissions so far for the AAP(I Belong) website. She and her mom pored through them to choose which ones to add to the gallery exhibition that’s open this week. “She’s just happy that while she’s healing she has this,” Kari says. “It’s nice I think for her that there’s a project, something good coming out of the bad so when people talk to us it’s not as fixated on or as associated with her attack. It’s more about this healing process.” 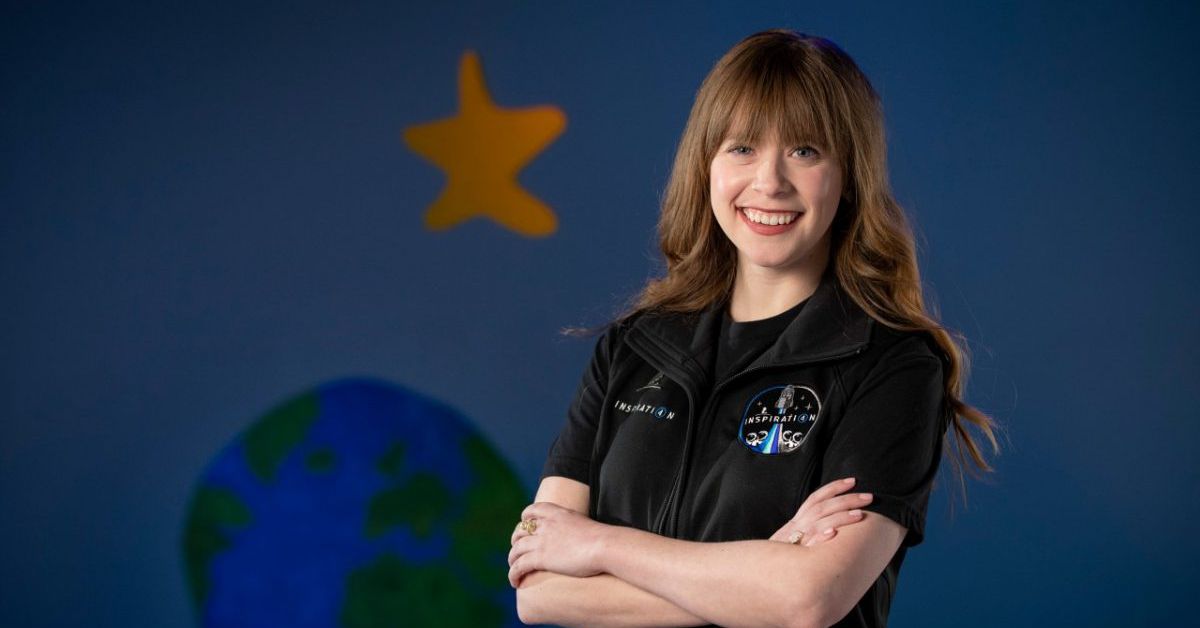 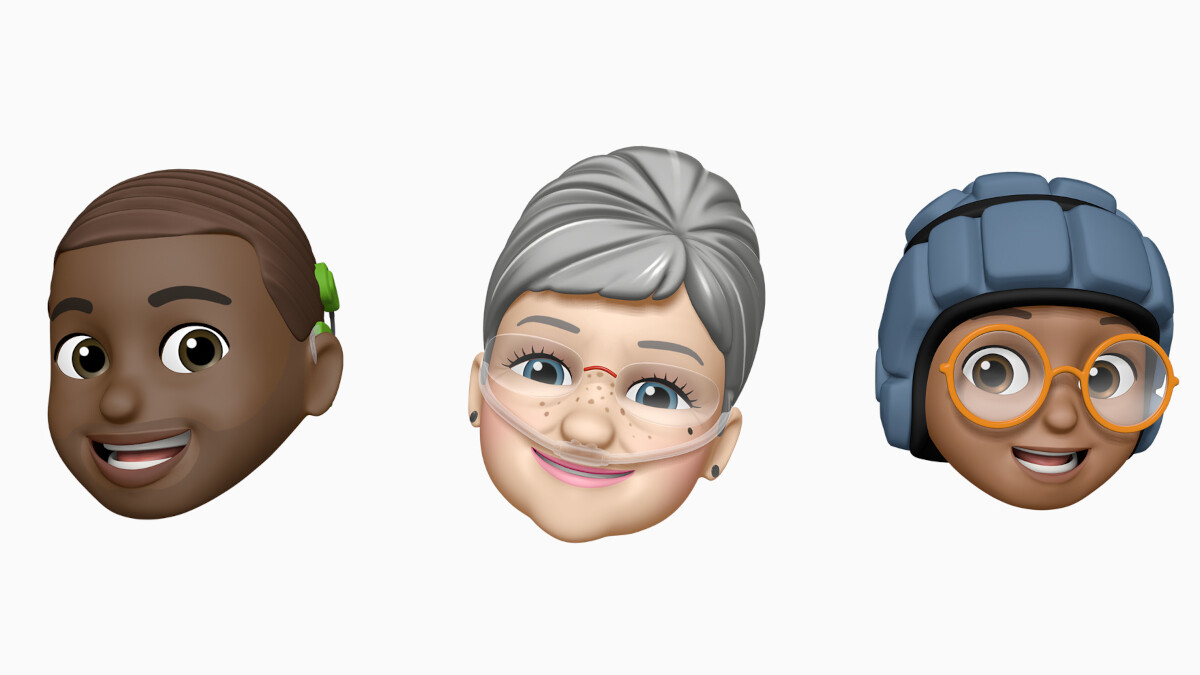 Apple to make iPhone, iPad, Apple Watch use easier for the disabled with these new features for 2021