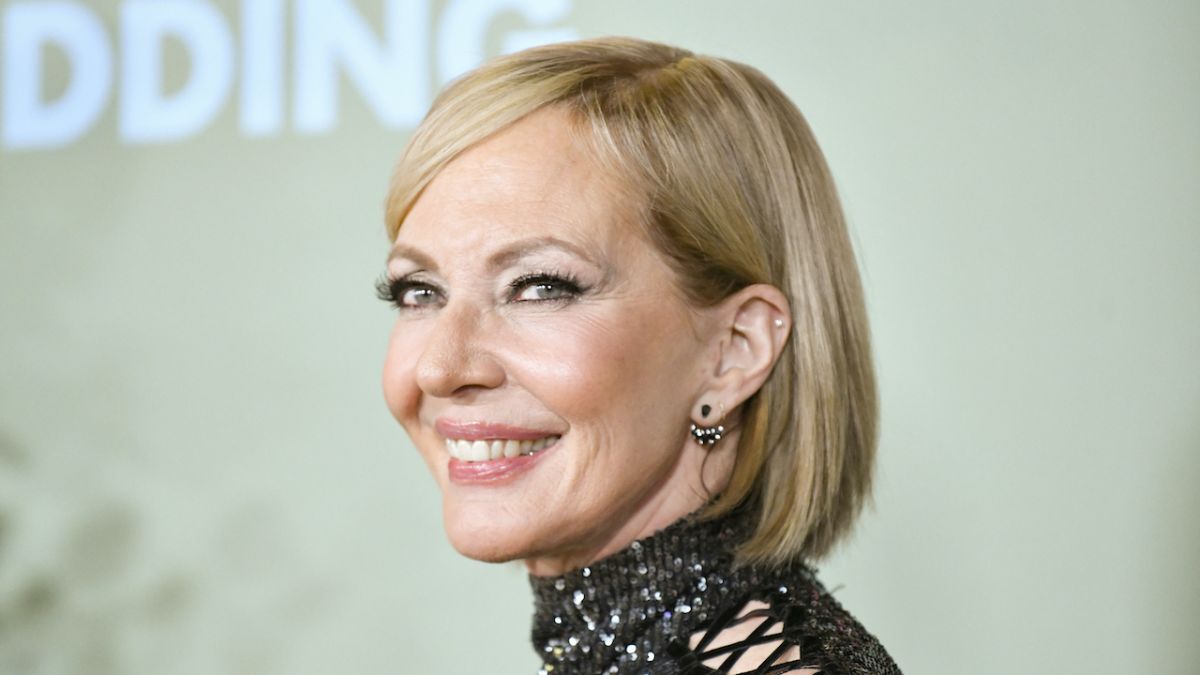 Over the past year, it’s been all about the “naked dress” more than ever. Celebrities like Zoë Kravitz, Megan Fox, Beyoncé and Florence Pugh have all rocked see-through dresses with their own spins on it, and why not? I can assure you, each of them spend significant time to look good – might as well show it off if your daring enough. It has often caused some kind of ruckus, such as the negative commentary Pugh received for freeing the nipple, but that didn’t stop Allison Janney to become the latest actress to slay the see-through look.

Allison Janney walked the carpet for the premiere of her latest movie, The People We Hate At The Wedding, in a Naeem Khan Fall 2022 turtleneck sequin gown. It’s a fresh spin on the see-through dress trend that has Janney looking super confident in her own skin with black sparkles all over her.

The Los Angeles premiere has Janney reuniting with the co-stars of her latest movie, Kristen Bell and Ben Platt, alongside the rest of the cast. Check out the trio together, and another look at the Mom star’s show-stopping dress:

The People We Hate At The Wedding follows siblings, played by Kristen Bell and Ben Platt, who begrudgingly fly to London to attend their snooty half-sister’s big wedding. Allison Janney plays their mother and gets into their hateful hijinks somehow, with the trailer teasing all three of them ending up in jail somehow. The movie is now available to stream exclusively to those who have an Amazon Prime subscription.

Allison Janney has an incredible career in movies and TV, and despite last year’s setback, with the shocking cancellation of Mom, Janney will next star alongside Kristen Wiig and Laura Dern in the AppleTV+ series, Mrs. American Pie, about a woman reconstructing her identity after being dismissed by her husband and social circle. The actress will also star in a sci-fi romance called True Love with Gemma Chan and John David Washington set for release on October 6, 2023.

Wearers of see-through dresses have been open about going through the ringer in the comment section for being technically covered up, whilst also looking nearly naked. Such as back in July, when Florence Pugh went for the sheer look in a hot pink Valentino dress for the brand’s haute couture show in Rome, Italy. Following all the glamour shots of the get-up making its rounds online, the actress spoke out about criticism that was “loudly upset by the size of my boobs and body.” Fellow actresses like Jessica Chastain publicly came to her defense, with Chastain saying it’s “threatening for some men” for women to love their bodies without their permission.

With a continued narrative of the entertainment industry promoting unrealistic depictions of bodies, it’s great to see more women in the industry speaking about the scrutiny they receive and finding confidence in showing their Hollywood  physique. Janney’s latest fashion moment seems to make a statement that trendy fashion like the see-through dress isn’t only for 20 or 30s somethings. At 62, she absolutely pulls it off, just like she does with just about every role she’s in. But, of course she doesn’t need our perception or approval to do her own take on the style and look great doing it.