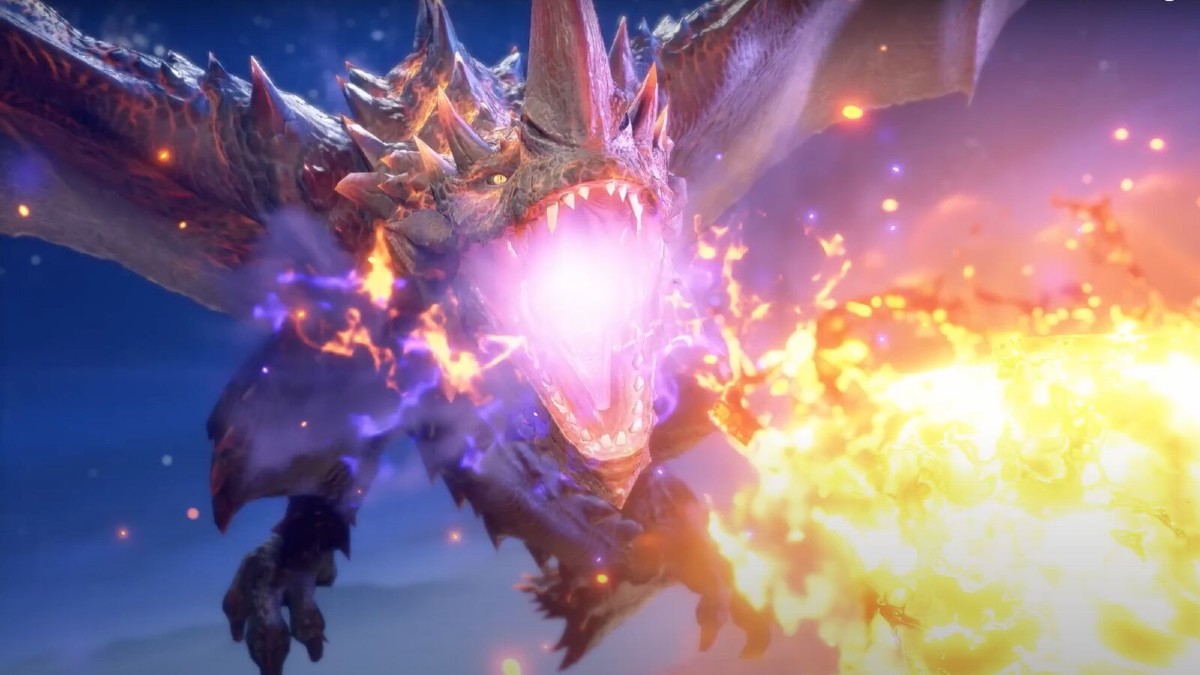 Here’s everything you need to know about all of the new monsters releasing with Title Update 2 in Monster Hunter Rise: Sunbreak.

The fun never stops in Monster Hunter Rise: Sunbreak, and the upcoming update pushes the hype to the extreme. In the next major Title update on Thursday, Sept. 29, the game will receive three new subspecies for existing monsters, one of which is a subspecies of an Elder Dragon! Without waiting any more time, let’s discuss the three new monsters being added to Monster Hunter Rise: Sunbreak in Title Update 2.

There are three new monsters coming in the next update, as listed below:

We’ll go over each one in more detail below as well.

Exploding onto the scene is a fiery new subspecies of Espinas, the Flaming Espinas. This new powered-up version of Espinas is more or less the same as the original, but brings much more firepower to the table. If you recall previous subspecies, such as Silver Rathalos or Gold Rathian for example, then you’ll remember that although their move sets didn’t change much, their attacks became much more deadlier. Flaming Espinas is no different, as now all it’s fire-based attacks deal much more damage, and even brings poison to the table.

The official Monster Rise page even gives some insight as well.

“An Espinas subspecies with a slightly more muted body color.
The boldness of the standard Espinas remains: run-of-the-mill attacks won’t rouse Flaming Espinas from their slumber. Their breath attack contains a powerful poison, and a dense acid that deteriorates armor.
Take this attack head-on, and you won’t stand a chance…”

Mizutsune are well known for being one of the most elegant monsters in the entire franchise. However, that takes a drastic turn with its brand new subspecies, Violet Mizutsune. Unlike normal Mizutsune, who primarily deal in water-based attacks, this new subspecies is now adding fire into the mix. The iconic bubble attack that Mizutsune is known for is now charged with fiery aftermath if hunters were to get too close.

The official Monster Hunter Rise page gives more insight on what to expect.

“Violet Mizutsune are leviathans known for their beautiful lilac-colored fur.
They use the fluid they secrete to slide around, targeting their prey with gas-filled bubbles. Though they appear graceful creatures, the facade quickly fades as they envelop themselves in pale flames and bathe their surroundings in a beautiful,
but deadly, inferno of white-hot flame.”

At long last, Chameleos, the Elder Dragon of poison and camouflage, is finally receiving an official subspecies. This new version of Chameleos is no joke. As mentioned before with subspecies, they tend to hit harder than their original counterparts, and Risen Chameleos is no exception. While maintaining all of its original camouflage abilities, its poison attacks are now deadlier than ever, and it’s far more aggressive than normal Chameleos. Fans often state Chameleos as being one of the weakest Elder Dragons in the game, but with this new subspecies, things might take a dramatic turn for this monster.

“Risen Chameleos are elder dragons that have found a way to overcome their affliction. By suppressing the Qurio virus, they have gained great strength and new abilities. They now boast superior poison and physicality, sending you off into a toxic nightmare if you lose sight of them.”

That’s everything you need to know regarding all of the new monsters arriving in Title Update 2 for Monster Hunter Rise: Sunbreak. Before you go, be sure to check out the rest of our Monster Hunter Rise coverage including our Sunbreak review, a breakdown of Master Rank gear, and an overview of the free update and paid DLC.