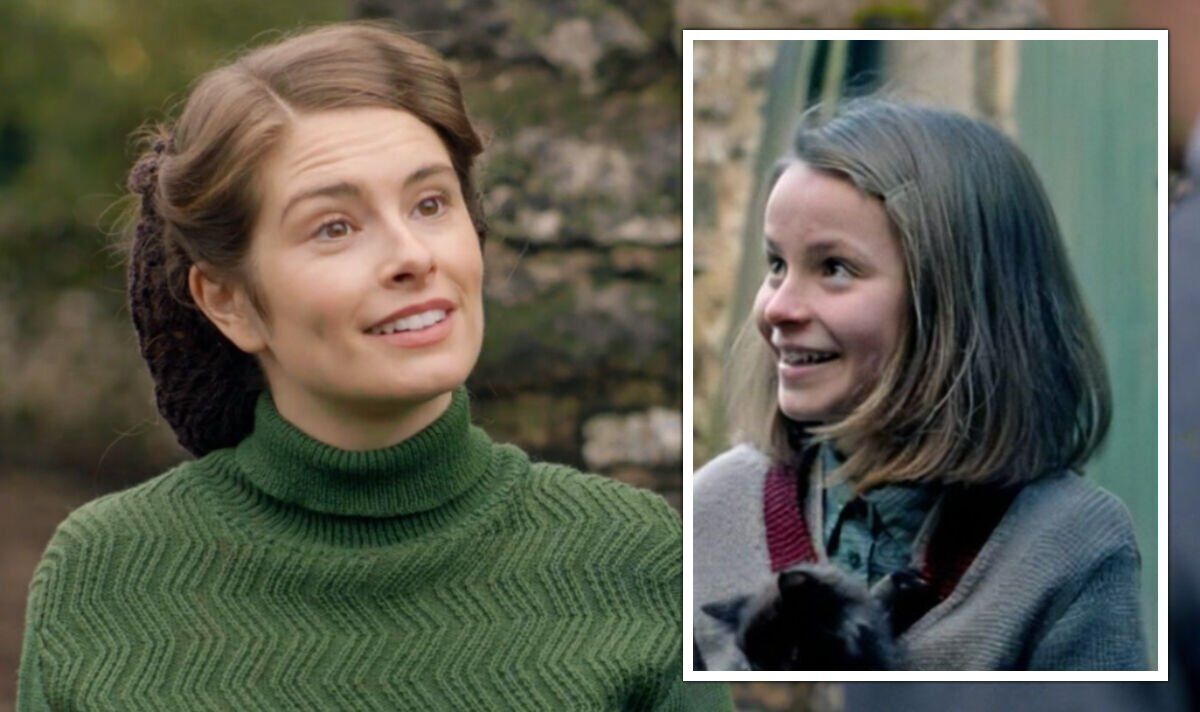 The Channel 5 series follows the life of veterinarian James Herriot (played by Nicholas Ralph), who moved to the Yorkshire Dales. Throughout the series, fans have been gripped by the turbulent relationship between James and Helen Alderson (Rachel Shenton) and how other residents around them have impacted their relationship, including Helen’s younger sister Jenny (Imogen Clawson). Actress Rachel opened up about the pair’s relationship and described herself as a “motherly figure” for the youngster.

“Helen has played a maternal role in Jenny’s life for the longest time since her mom passed away.

“And then in this season [two], what’s really interesting and really lovely is that, because she stepped away from Hugh.

“She [Helen] has started to tentatively step towards James, Jenny acknowledges that and knows what’s happening.

“Jenny almost slips into that role of, ‘I’m going to start to look after the house’,” she told PBS Masterpiece.

She added: “The dynamic between the two of them shifts from being that parental thing to siblings again, and friends even, at some points.

“That lovely scene where she’s like, ‘He’s good looking, though’, they feel like they’re on the same team a little bit.

“Rather than like the parent saying, ‘I want you in at this time and ‘You have to do this, which it’s been like for a long time because she’s had to take on that role.”

When speaking about where Helen began at the beginning of season two, Rachel exclaimed: “I think there’s probably a tsunami of things going on in her head at that time.

“The Aldersons have a new addition to the household, a gorgeous little dog, Scruff, who’s not too well behaved and needs some obedience lessons.

“James kindly obliges, against the advice of Richard Olson, who says, ‘When there’s an animal that’s acting out and upsetting other people’s animals, it’s a one-way street, and that’s not how things are done around here.”

Viewers are looking forward to Helen and James’ wedding after the pair got engaged following months of back and forth decision making.

Speaking about what fans can expect from the third series, creator Ben Vanstone teased: “In season three, Helen and James have become engaged, so I think it’s fair to say there may be a marriage on the horizon, perhaps.

“It’s 1939, so it will come as no surprise that war is looming, and that will increasingly cast a shadow over our characters’ lives.”

Channel 5 has renewed the show for a third and fourth series, with six episodes on offer for each season, whilst there will also be two special festive episodes in the coming years.

Rachel also recently spoke about working with the cast and how everyone gets on well, she explained: “It sounds really cheesy.

“I couldn’t really have asked for a better company and a better ensemble, It’s been the best bit, I’m so corny, but everybody gets on so well.

“It really makes the job easier, and everyone cares,” she told the Talkshire podcast.

All Creatures Great and Small is available to stream on My5.