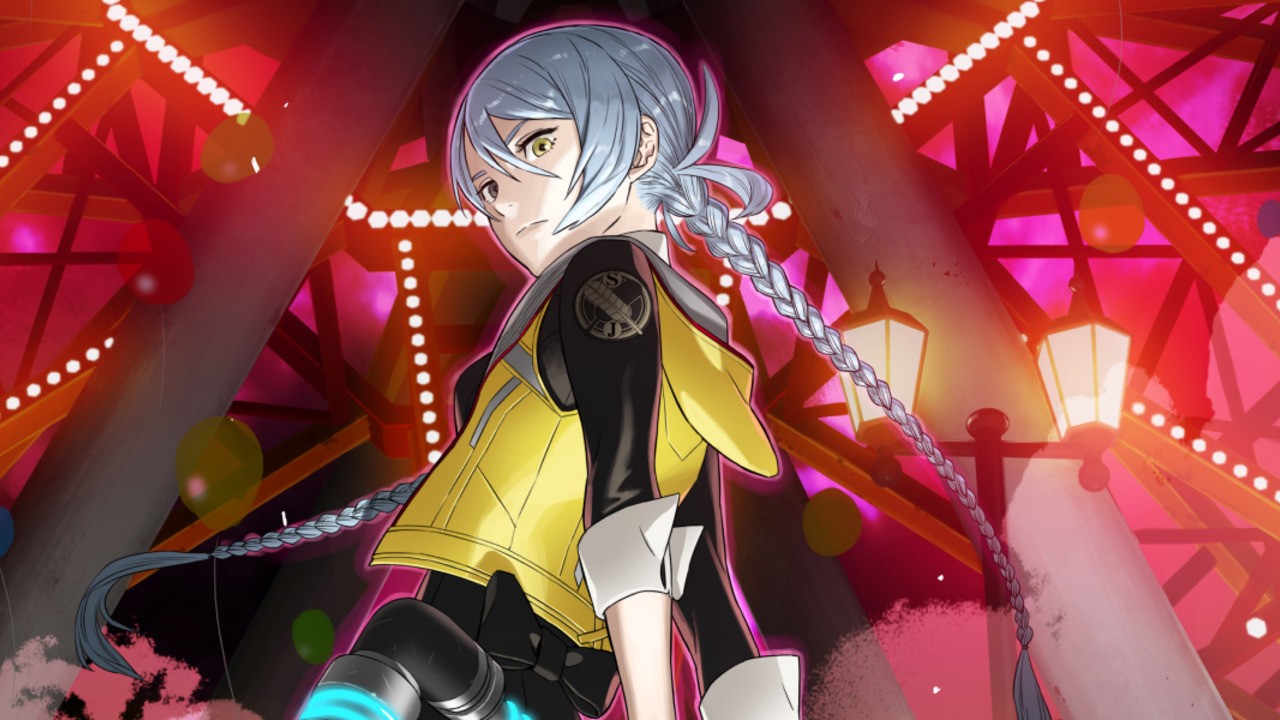 It is hard to beat a good murder mystery. The classic battle of wits between the detective and killer makes for perfect tension and AI: The Somnium Files – nirvanA Initiative takes advantage of this established formula to give players a fun mystery with plenty of twists and turns, keeping them engaged through the closing credits and beyond.

Directed by Akira Okada and a sequel to AI: The Somnium Files from Zero Escape creator Kotaro Uchikoshi, this game features a familiar and fun juxtaposition between the comic writing and colourful characters and the gruesome nature of the killings that they are investigating. The main character, Ryuki, tends to make loud and passionate references to anime characters while looking for the culprit behind the Half Body killings, assisted by his AI companion Tama, who also happens to occupy Ryuki’s left eye socket. She feeds him information by giving him X-Ray vision or allowing him to see heat signatures, as well as by providing witty commentary as he struggles to put together the crime scene.

Gameplay here, like its predecessor, is split into two distinct sections. You’ll spend a good chunk of your time speaking to potential suspects and witnesses in the visual novel parts, making occasional dialogue choices that branch the story in different ways. When a character is less than forthcoming with their information, Ryuki can perform what is called a Psync, sending Tama diving into their subconscious world to unlock hidden memories or learn more about their motivations.

These sections play out as puzzles, with time a precious commodity. Ryuki can only stay plugged into the Psync machine for six short minutes, but time only passes when Tama moves or interacts with objects in the subject’s mind. The puzzles follow a strange sort of dream logic that players of the first game might recognise, with some surreal imagery forming the basis for unlocking the next section. There is a careful balance between exploring these regions and trying to solve the puzzles in the allotted time, sometimes requiring more than one attempt to complete, but their challenge is always balanced enough to be completed. It feels difficult while still being fair and figuring it out is rewarding after struggling for a few attempts.

The visuals in nirvanA Initiative are as solid as you’ll find on the Switch, with models that are full of character and move fluidly throughout cutscenes. Each character has a voice actor bringing them to life in solid fashion, even when they are mere bit players in the background. There is a great deal of love and care that has gone into crafting this game; it has all the quirky charm and humour of the Ace Attorney series with a plot and design that feels at home in the Persona series.

The characters of nirvanA Initiative are what make this game shine, especially the interactions between Ryuki and Tama. Their relationship shifts from serious and professional to playful and irreverent at times, with Tama occasionally taking on an almost maternal role as she looks out for Ryuki’s well-being as well as helps him solve the impossible murder. It feels natural and organic, their relationship growing deeper as the plot unfolds.

This sequel goes to great pains to make itself accessible to both new and returning players, with dialogue choices early on making it explicitly clear that the developers will allow those who haven’t played the original AI: The Somnium Files to play this game without risk of spoiling the mystery that has come before. Familiar faces will show up, including the protagonist from the first game, but nirvanA Initiative is completely separate from what has come before and can be enjoyed without any previous experience with the series.

If you enjoy visual novels, there is plenty to get your teeth stuck into here. Each character feels both relatable and outlandishly weird, from the hulking, terrifying chef who always wears a creepy mask to the high school idol who occasionally breaks out into dance routines. The world of AI: The Somnium Files has always been a strange one but never to the point where it stops being accessible. The contrast between these outrageous characters and the gruesome murders that Ryuki investigates is part of what makes this game such a joy to play.

There were some minor frame rate issues that popped up during our playthrough, particularly during more action-packed cutscenes. Characters’ movements became choppy for a few moments, undermining the sense of motion on display. This was the sole technical glitch we encountered in our time with the game, and is apparently due to be addressed in a scheduled Day One patch — assuming that’s the case, it shouldn’t impact most players.

The only real downside of nirvanA Initiative is how imprecise the Joy-Con controller feels when trying to click on some of the smaller details in the game. Playing in handheld mode, you can use the touch screen to directly click on small features like a character’s face or a detail on their clothing. In docked mode, that option isn’t available, meaning that the player has to carefully shift the cursor to the correct spot. It is a minor detail that shouldn’t impact the player’s enjoyment too much, but in an otherwise stellar game this irritation stands out more.

There is plenty to bring players back for more even after they solve the mystery here. The game’s story branches at certain points, which are easy to spot thanks to the Timeline feature. For example, early on, Ryuki is asked if he knows who the murderer is. Answering yes will bring up a text box where the player can enter the killer’s name. Obviously, they won’t know the correct answer this soon, but on a second playthrough it opens up a whole new timeline for the player to access. Only by playing through the plot multiple times, answering questions differently, and taking different paths in the unfolding timeline, can the true solution to the Half Body Serial Killings be uncovered.

There are also collectibles to be found in the Psync sections of the game in the form of Eyeballs. These are collected by spending your precious and limited time exploring the areas around you and can be redeemed for new outfits for Tama or to unlock tracks to listen to. It is a small reward but completionists will appreciate the challenge.

AI: The Somnium Files – nirvanA Initiative is one of the most interesting visual novels we’ve played through in a while. The murder mystery at its heart is brought to life by some great writing and quirky characters alongside the satisfyingly integrated, beautifully balanced Psync puzzle elements. Even with some minor control issues, there is a lot to love in this game even if you never picked up the original. Highly recommended if you’re even a little bit curious.

How Much Does Xenoblade Chronicles 3 Expansion Pass Cost? Answered

Kamiwaza: Way of the Thief Review