Across The Spider-Verse Image Reveals Close-Up of Miles Morales 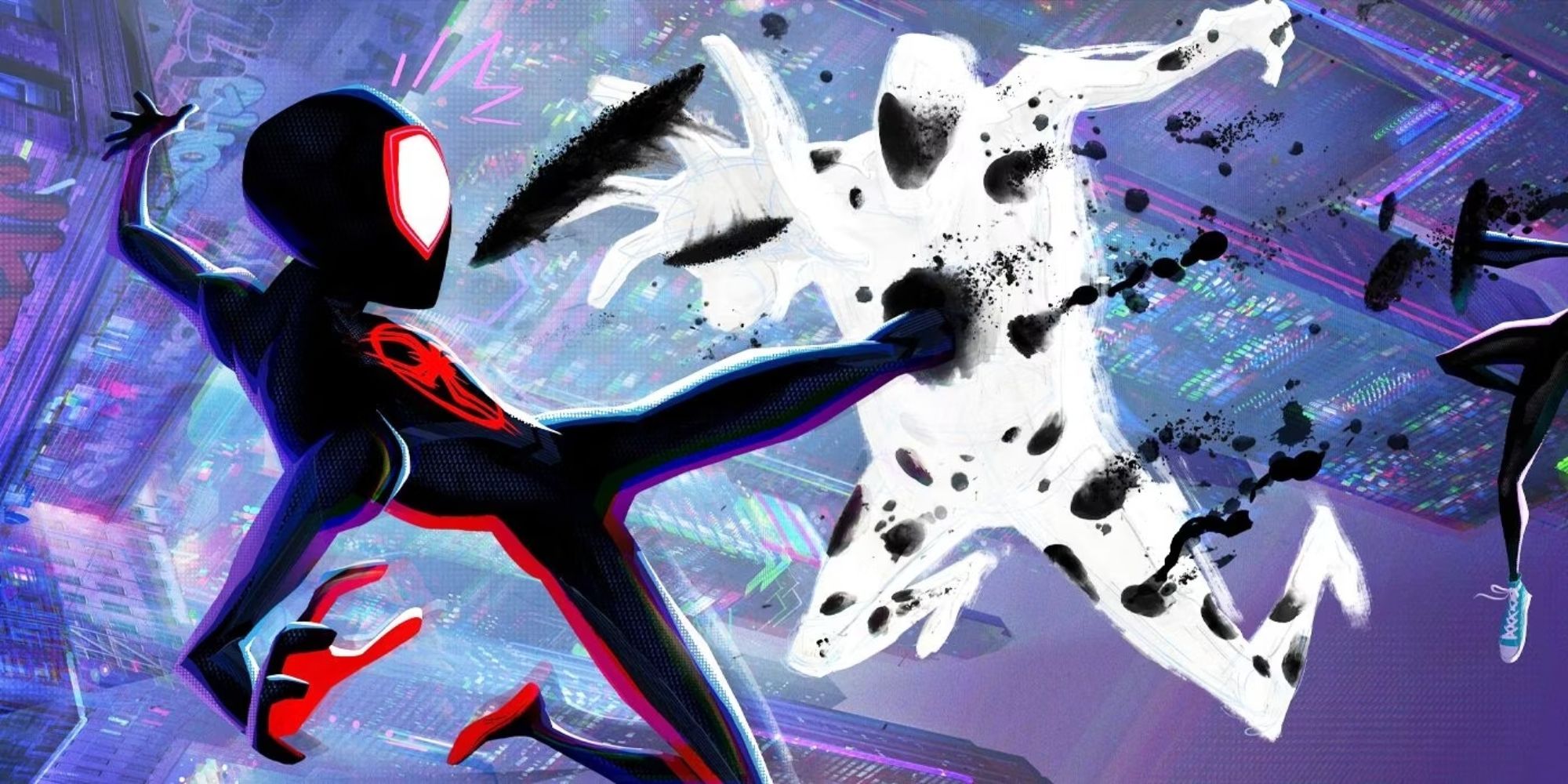 Earlier this year, the first trailer for Spider-Man: Across the Spider-Verse, the sequel to the 2018 computer-animated Spider-Man: Into The Spider-Verse shows Miles Morales traveling across parallel universes reflected on the multiple art styles of the film. A few months away from the film’s premiere, Empire has revealed an exclusive image that now shows Miles setting off on a new adventure away from Brooklyn. As his family looks on and his gaze reveals his worries.

During CinemaCon 2022 in Las Vegas in April, producers and writers Phil Lord and Chris Miller gave the audience a look at the first 15 minutes of the upcoming movie. Parts of it showed Miles telling his parents, Rio (Luna Lauren) and Jefferson (Brian Tyree Henry) of his plans to study at New York’s Columbia University. The clip shows him reassuring them that Columbia has the best quantum researchers and that they “might even be able to travel to different dimensions,” but his parents are not convinced. They would rather he stay closer to home.

For Miles’ Spider-Man, trotting across the multiverse will be an adventure shared with Spider-Gwen, yet will also show that his mind would still be with his family, a connection that was evident in the original movie.

Spider-Man: Across The Spider-Verse will be released split into two parts. Part One will have Miles Morales (Shameik Moore) moving across dimensions with Spider-Gwen (Hailee Steinfeld). According to the official synopsis of the movie, it will be “an epic adventure that will transport Brooklyn’s full-time, friendly neighborhood Spider-Man across the Multiverse to join forces with Gwen Stacy and a new team of Spider-People to face off with a villain more powerful than anything they have ever encountered.”

New major characters are set to appear. The Spot, Miles Morales’ “most formidable foe yet,” will be voiced by Jason Schwartzman. Golden Globe winner Daniel Kaluuya will be Spider-Punk, AKA Hobart “Hobie” Brown, a homeless teenager who becomes New York’s hero in his dimensional universe. Spider-Woman AKA Jessica Drew voiced by Issa Rae will join the fold. We will also see more of Spider-Man 2099 AKA Miguel O’Hara, voiced by Oscar Isaac.

Knives Out’s Rian Johnson Thought Everyone Knew Glass Onion Was A Beatles Reference. He Was Wrong