A Sinister Secret For Professor X, Revealed In Immortal X-Men #10 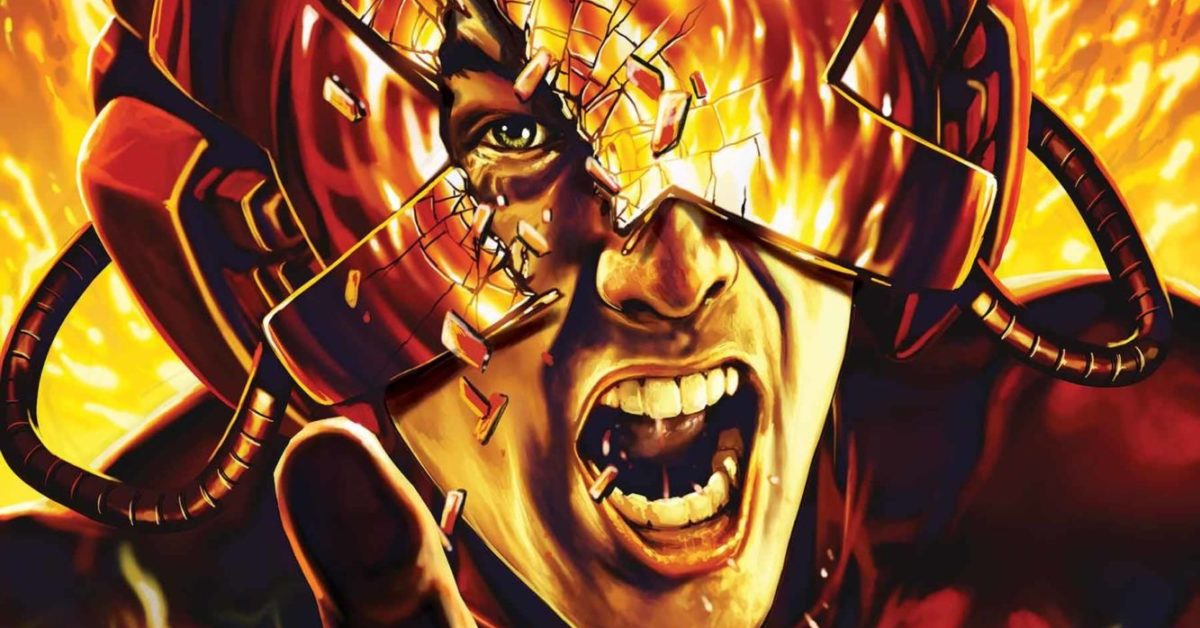 Kieron Gillen writes in his newsletter “First comic of the year is the end of my first year on Immortal X-Men, before we dive directly into Sins of Sinister next week. I’d say read this one quickly, as I’m sure it will be spoiled quickly, by readers or Marvel’s Marketing. Comics! That said, if it’s spoiled, it’ll be fine. There’s a lot here other than the reveals. There are issues where I want to say – and suspect I have – “I think this one is very good or very bad”. If you unpack my insecurity, that’s just me not wanting to take the egotistical stance of saying what I actually think about it – as in, it’s exactly the work I want to be doing. It also includes an awareness that as these are always issues where I go for a strong stance on something, people may just react equally strongly against it.”

Although some people managed this back in September last year, replying to a now-deleted tweet by Kieron Gillen about Immortal X-Men #8.

That’s impressive. Because Professor Xavier takes off his helmet at the end of Immortal X-Men #10. 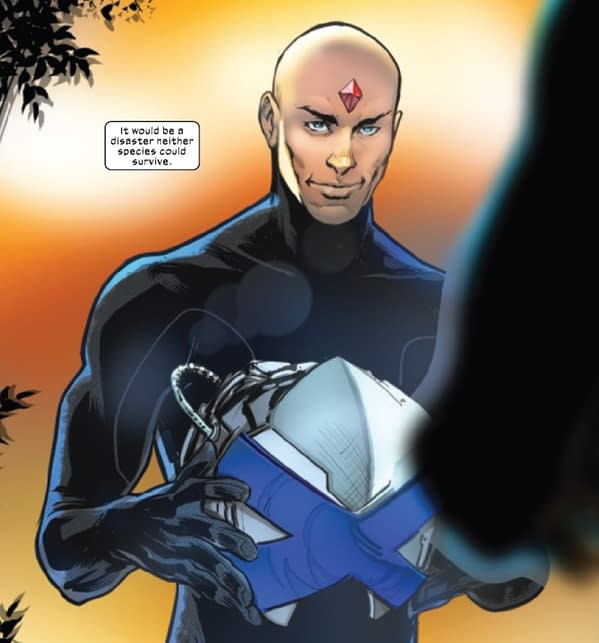 And reveals himself to be a Mister Sinister clone/chimaera type-thing. A real diamond geezer. Not one of the original four, odds are still that Mother Righteous is the Sinister of Hearts. But this particular reveal goes back to Powers Of X #4 and the first run of Mister Sinister’s Sinister Secrets from the Red Diamond bar. 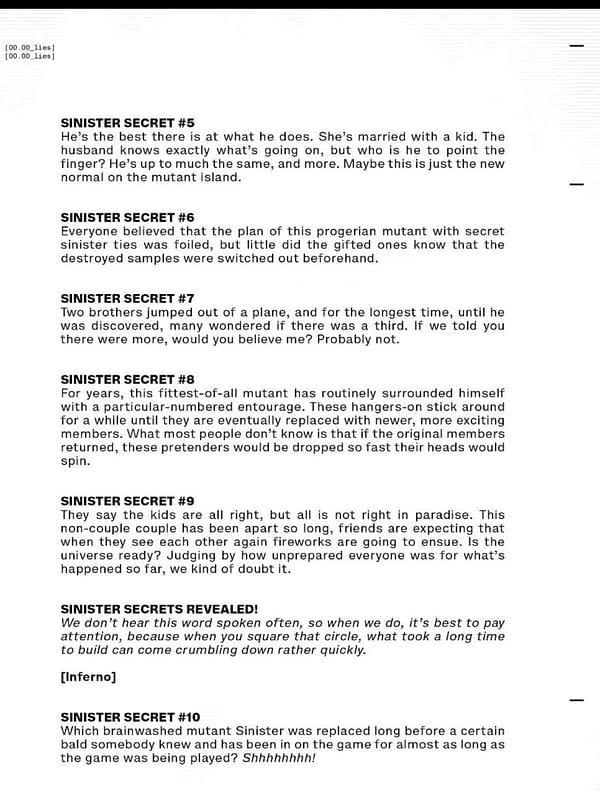 Is this Sinister Secret #10? And as Immortal X-Men #10 plays out a Professor Xavier far more in charge of manipulating mutants and the Marvel Universe to the state they are today, the question may be asked, how long has Xavier been a Sinister clone? Forever? 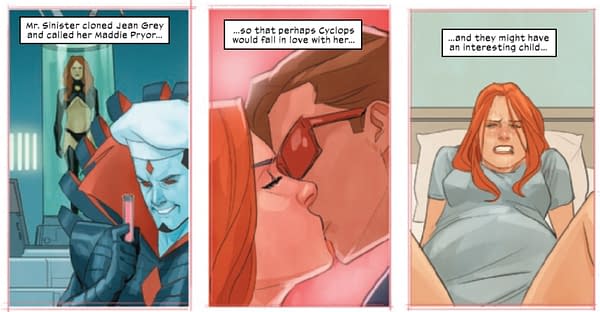 Because, as Dark Web: X-Men #3 reminds us, Sinister has been up to this kind of stuff for a very long time.

IMMORTAL X-MEN #10
MARVEL COMICS
NOV220800
(W) Kieron Gillen (A) Lucas Werneck (CA) Mark Brooks
SWEET DREAMS AREN’T MADE OF THIS! Charles Xavier always had a dream…but one man’s dream is another’s nightmare. This one will make you wish you could wake up screaming.In Shops: Jan 18, 2023
SRP: $3.99

DARK WEB X-MEN #3 (OF 3)
MARVEL COMICS
NOV220774
(W) Gerry Duggan (A) Rod Reis (CA) Phil Noto
TRAPPED IN THE DARK WEB! When Jean Grey returned from the dead, Scott Summers left his wife and child to be with her. The fact that she was revealed to be a clone of Jean didn’t make her feel any better. Maybe the cold sting of revenge can?In Shops: Jan 18, 2023
SRP: $3.99