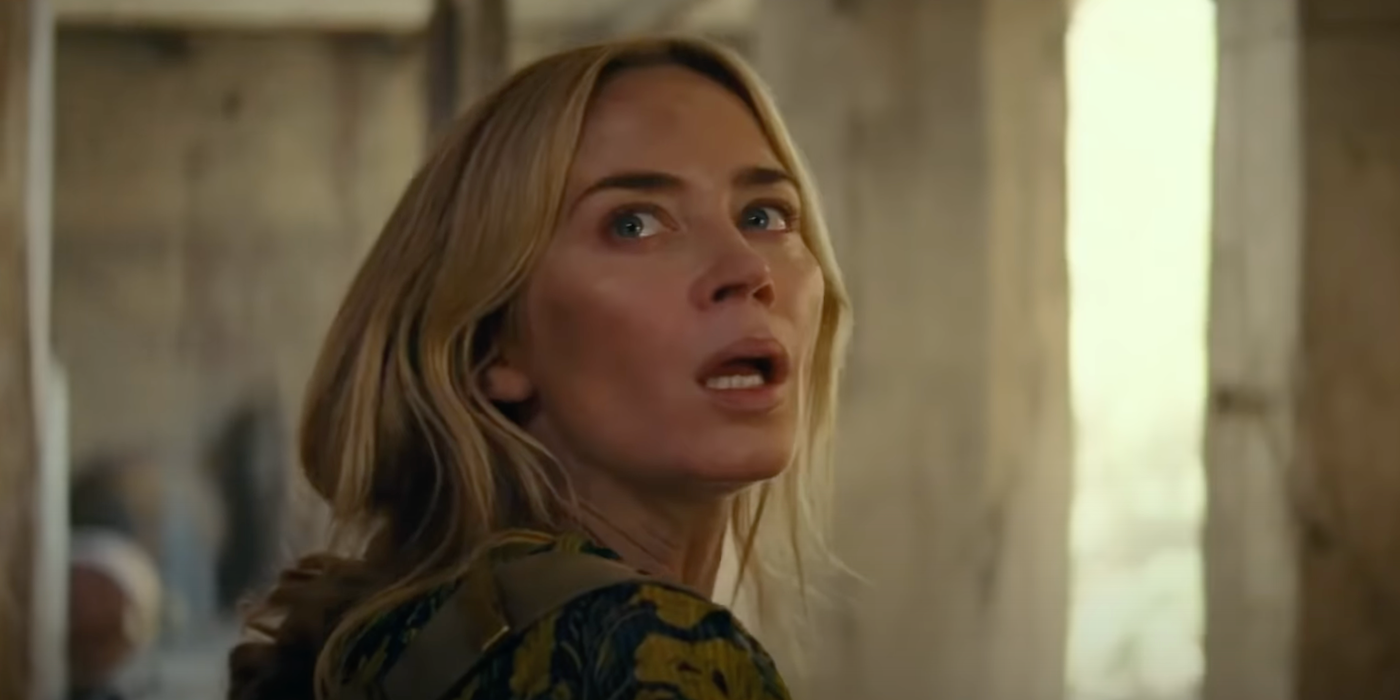 Paramount unveiled the official title for the film spinoff of A Quiet Place, the hit horror franchise created by actor and director John Krasinski. As revealed at CinemaCon, the spinoff will be called A Quiet Place: Day One, teasing a prequel story set right as the aliens arrive on Earth.

The first A Quiet Place follows a family trying to survive after vicious aliens started to roam the planet. These aliens are entirely blind, but they are extra sensitive to sounds, forcing humans to develop clever ways to move on with their lives in safety. The original concept of A Quiet Place allowed Krasinski to use silence as a powerful tool, creating a unique cinema experience. Besides that, the focus on a loving family gave the audience something to care about, which helped the film become an explosive success. With a mere $17 million microbudget, A Quiet Place hauled more than $340 million at the international box office, a massive win for Paramount.

Of course, after the first film’s success, Paramount started to develop a franchise around the blind aliens, with Krasinski returning as director of a sequel released last year. Krasinski is also set to helm a third chapter in the leading franchise, currently in early development and aiming at a 2025 release. Aside from the main series of films, there’s also a spinoff in production, with Michael Sarnoski (Pig) attached to direct. The recently announced title is the first clue about the spinoff plot, revealing that the film will show how society crumbled after the aliens’ arrival.

RELATED:‌ Watch: John Krasinski Breaks Down How They Shot the Opening Scene of ‘A Quiet Place 2’ in Exclusive Clip

A Quiet Place: Day One will not be the first time we see the meteor fall that brought the aliens to Earth. In A Quiet Place 2, Krasinski shot a thrilling sequence that shows how the Abbott family escaped the chaos on the first day of the invasion and safely retreated to their farm. However, the scene is just a glimpse of the horror that spread on the planet after the meteor rain. So, an entire movie dedicated to the cataclysmic event might help fans understand the damage these aliens have done to society. Besides that, since the Abbott family’s misadventures happen in an isolated town, the spinoff also has the opportunity to use some urban chaos to change the pace of the franchise.

After a considerable delay, A Quiet Place: Day One will now come to theaters on September 22, 2023.