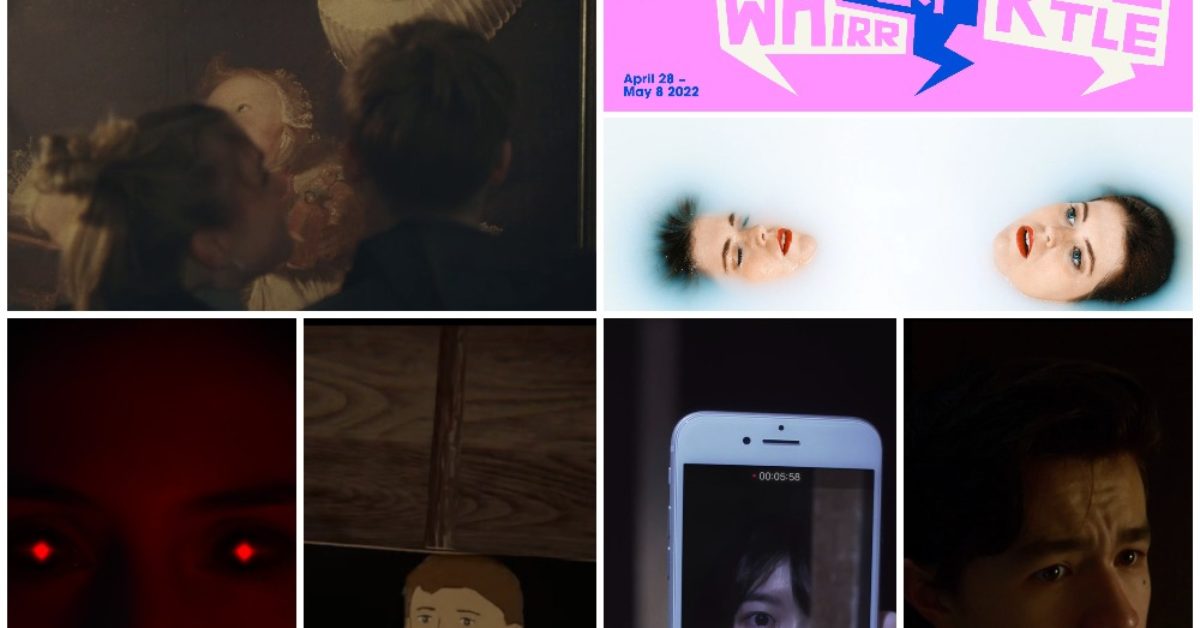 Recently I got to take a look at the “Thrills & Chills” package of short films for the National Film Festival For Talented Youth (NFFTY) of 2022. The set of films in this event are describes as, “Spooky, scary superstitions send shivers down your spine! Viral videos and sinister smart devices might lead to your demise… meeting your girlfriend’s parents has never been more nerve-racking.” NFFTY is celebrating the 15th anniversary of their festival in-person in Seattle, April 28 – May 1, and virtually from April 28 – May 8, 2022.

Below I’ll be letting you know my thoughts on each film or project I viewed in the “Thrills & Chills” package for the National Film Festival For Talented Youth of 2022. I took each one and looked over specifics I tend to watch out for such as matching the themes of horror (which are wide in variety), acting, directing, cinematography, and that general list of big bullet points that go into film.

Another Taste (music video): This short film/ music video featured Kathulu Lemon and was directed by Lizz Marshall. Fantastic visuals, editing, and performance flooded this video. Central themes of the horrors of expectations on women came through in strides. Visually stunning with a captivating performance by Kathulu Lemon made the whole experience a horror-filled yet blissful escape into a vividly eerie story.

Peaches and Scream (short film – Denmark): The writer and director of this film, Adrian Kirk Ejsing, had a decent vision with the story here but some lost focus on the narrative overall. Tue Heiberg and Emilie Claudius Kruse star in a truly unique story with excellent acting on their part within a great setting choice of an old mansion. The feeling when watching the film of comfortability coming in and out so subtly was great along with the flip of expectations, but overall it felt like a story fit more for a series or longer film.

Wendigo (short animated film – Ireland): A mixture of animation styles, this short film by Max Hendrickson, had some unique and surreal moments at times but the conversations between characters felt off both in animation and cadence. The plot became confusing at times between the legend’s origins (Norwegian family, yet legend originating truthfully from other regions). While visually captivating and so much fun to watch unfold, particularly toward the end, things got more confusing than they should have been. I would love to see this style and story told in the format of a horror narrative video game someday.

Spare Body (student short film – United States): A short horror film from a high school student, Ethan Hunt, shows a fantastic list of qualities you’d see in seasoned short filmmakers and/or horror directors today. While not perfect, showing some hiccups with abrupt sound-mixing as well as some possible missteps when it came to revealing the monster initially, the film was very well done. With a great monster and equally great ending camera shots, there’s an exciting future for Hunt in film.

Smahorror (short film – Japan): Shot like many digital-based found footage films before it, this school-based horror story finds terror in what can be difficult to comprehend. I do warn those who watch, there is suicide content and discussion involved in the story. From director, Masaki Nishiyama, this film uses some incredible camera work, developing each scene along with the music and score. I felt the ending lacked some clarity, but overall it was effective in the terror and tension it brought forth.

Talisman (short film – Canada): A unique take on the power of superstitions, this film by director Reangsei Phos takes the emotional weight of being young and amplified fears can become. The balance in this film between drama, horror, and storytelling is fantastic. This film expertly understands the emphasis placed on parental influence in supernatural, cultural, and even spiritual beliefs. There’s a beautiful future ahead for Phos in horror and film in general.

Proto (short film – United States): With a point-of-view feeling close to home for the growth of our technological fears, this film by Cal J.T. Moreno focuses on the panic that can grow as we see digital control growing more and more in our lives. Although I loved the POV used and how it told the story, some moments here and there in the dialogue became awkward, mainly between the couple portrayed. I would be very interested in seeing a feature-length version of this film, because overall it becomes a story worth that amount of time.