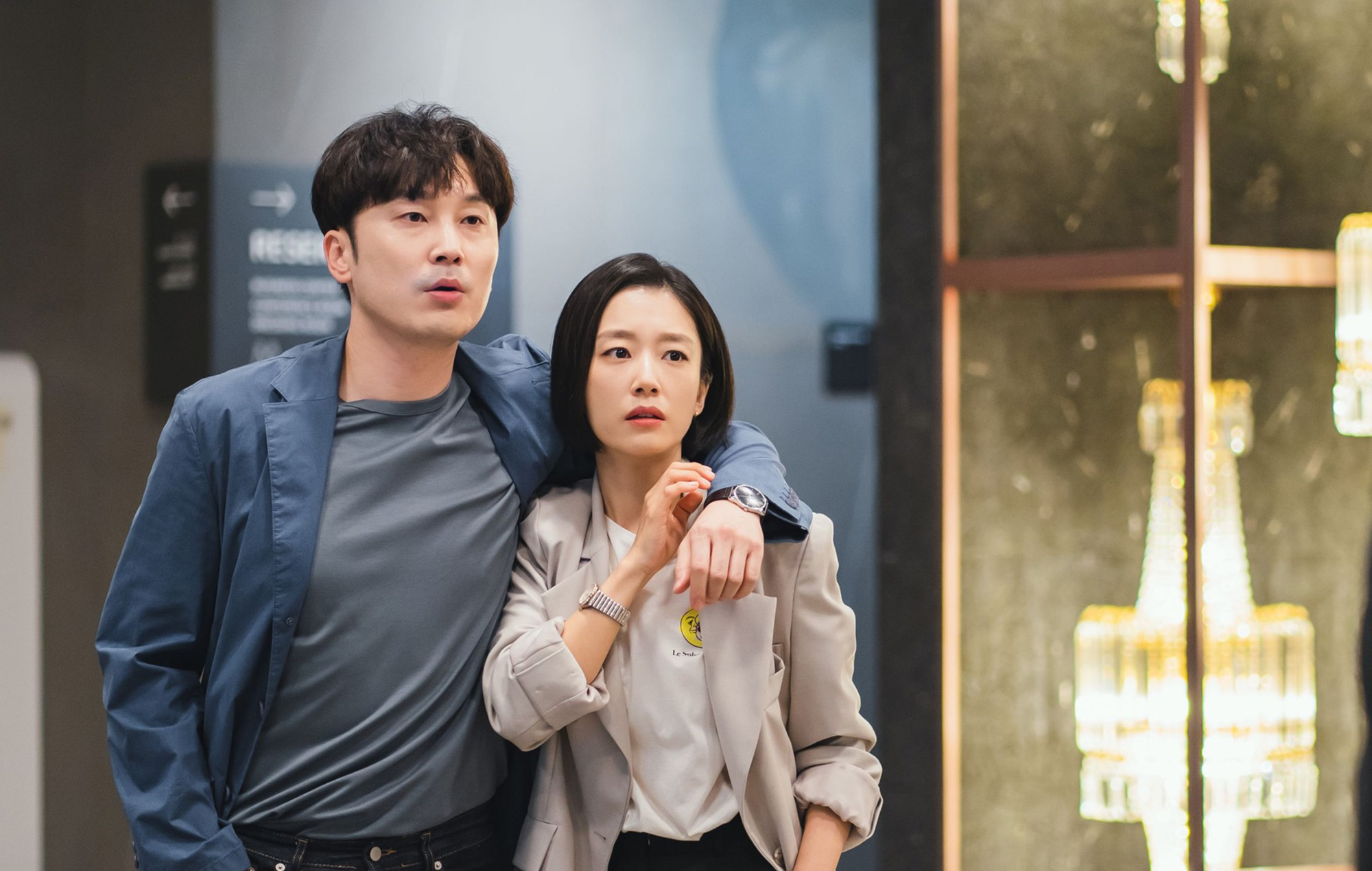 As the world comes round to the powerhouse that is South Korean entertainment, it only makes sense that screenwriters would eventually mine the ins and outs of their own industry for inspiration. Enter Behind Every Star, tvN’s latest K-drama and a show that takes the spotlight from the public-facing actors and shines it on the unsung heroes of Seoul’s illustrious entertainment industry.

Behind Every Star is a dramedy that jumps straight into the nitty-gritty of celebrity agent life. It begins with So Hyun-joo (Extraordinary Attorney Woo’s Joo Hyun-yeong) attempting to use a mysterious connection with director Ma Tae-oh (Lee Seo-jin) to secure herself a job at the talent agency Method Entertainment. As luck would have it, a rookie manager quits in a fit of rage, creating an opportunity for her to work in Cheon Je-in’s (Kwak Sun-young) team.

We begin to see the pure frenzy in this industry unfold: as Je-in tells Hyun-joo on her first day that agents are expected to juggle “deliveries, schedule management, promotions, planning, contracts, marketing, and everything else regarding an actor’s career”. Things get even more complicated for Method Entertainment when its elderly CEO Wang Se-ja (Lee Hwang-eui) unexpectedly dies while on vacation. His wife tells Tae-oh and his team of agents that she plans on selling the entertainment company, however, Tae-oh insists that they raise the money to secure CEO Wang’s portion of the shares.

Behind Every Star makes it easy for viewers to invest in its characters. Four episodes in, we’re able to get a sense of the personalities and working styles of the main team at Method Entertainment, who are given ample space to shine. Tae-oh is an aloof, calculating businessman who knows his way around prickly situations, while the self-assured Je-in thrives in the field due to her immense resourcefulness. Kim Joong-don (Seo Hyun-woo) brings comedic relief as the clumsy albeit well-meaning colleague. Hyun-joo, on the other hand, is an inexperienced rookie who makes mistakes but is dedicated to realising her dream as a celebrity agent.

As a remake of the French television series Call My Agent!, Behind Every Star’s premise is familiar but that’s mostly where the similarities end. This version brilliantly draws inspiration from the turn of events in the original and adapts it to the context of South Korea’s entertainment industry, bringing a new perspective to the table. The series does a remarkable job at balancing out its tone with poise – there are as many troubling moments as there are lighthearted ones.

The performances from veteran actors Lee Seo-jin and Kwak Sun-young are unsurprisingly immersive, but the on-screen chemistry between the series’ four main characters is the most refreshing to watch as their respective stories unfold. Of course, cameos from a handful of South Korea’s biggest real-life celebrities – including Parasite’s Cho Yeon-jung and Claudia Kim – certainly help maintain a level of anticipation for each episode.

That said, rookie actress Joo Hyun-jeong pales in comparison to her co-stars. She’s at the centre of Behind Every Star, but her portrayal of Hyun-joo’s as a struggling underling trying to reckon with her mysterious relationship with Tae-oh feels largely one-dimensional. The stiffness of her performance makes it particularly difficult to care about the character and her subsequent rise from the ashes. Nevertheless, Behind Every Star has an authenticity that makes it an appealing enough watch. How the series plans to build on its mostly solid foundation remains to be seen.

Behind Every Star airs every Monday and Tuesday on tvN and streams on Netflix in select regions.

The Devil in Me: How to farm Obols fast