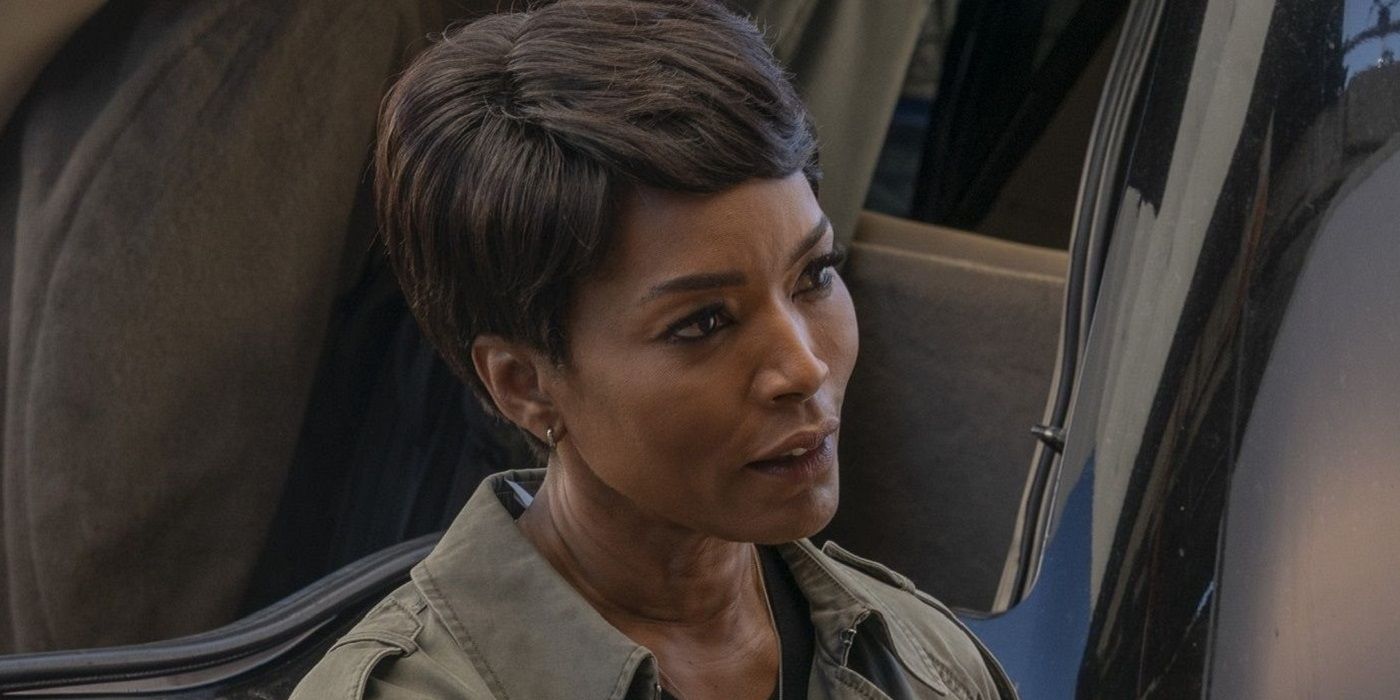 While Season 6 of 9-1-1 has yet to officially premiere, fans of the show are left waiting in suspense after an official teaser for Season 6 shows a dramatic clip of a blimp crashing into a crowded soccer stadium, and a bloody police chase down the highway. As if that is not enough drama, the trailer ends with Hen (Aisha Hinds) uttering a foreboding sentence: “Losing someone out there is never easy.”

The Season 6 trailer is brief, vague, and leaves viewers on an intense cliffhanger. Some fans online have speculated that the trailer could be alluding that Athena’s husband Bobby (Peter Krause) will find himself in a life-threatening situation, as she is depicted screaming for her husband at the end of the trailer. However, 9-1-1 is a show that is always full of surprises, and the outcome of this disaster remains to be seen.

“When we do our premieres, we always like to go really big,” actor Oliver Stark told Entertainment Tonight, “And this year, we’re going blimp big. In typical 9-1-1 fashion, chaos is about to ensue.”

In an interview with Entertainment Weekly, showrunner Kristen Reidel gave some clues into what fans can expect out of the upcoming season. Unlike previous premieres, Reidel said that the blimp crash in this season premiere will not play out over multiple episodes, “When you’ve already done a tsunami and an earthquake, it’s hard to find a large scale event like that with emergencies we haven’t done before. It becomes a little trickier. We’re always searching, but it felt like for this season that maybe we just wanted to start fresh and in a more traditional 9-1-1 style.”

Reidel also revealed that there will be more of a focus on the show’s core characters, who experienced some big life changes during season 5. Season 6 will pick up four months later, with some of the characters facing big decisions on the horizon. Reidel revealed some more out of what we can expect from the characters in Season 6:

“The time jump is the real time jump that viewers have experienced-we left our people at the end of the spring, and now w’ere finding them in the fall. I think we’re starting with people in a pretty good place. Bobby (Peter Krause) and Athena (Angela Bassett) are doing well. They are preparing for a vacation. Buck (Oliver Stark) has broken up with Taylor (Megan West) and he’s kind of still processing being on his own, but not in a downer way. I think he feels relieved to be single again. Eddie (Ryan Guzman) is in a much healthier place and happy to be back with the 188. Hen (Aisha Hinds) is doing well in her family life, but medical school is becoming a stressor in the rest of her life. And Chimney (Kenneth Choi) and Maddie (Jennifer Love Hewitt) are slowly working their way back to each other.”

In the season premiere, titled “Let the Games Begin,” the 188 are called into action when a blimp suffers a mechanical failure and its engine catches on fire in a Hindenburg-like disaster. Athena (Angela Bassett) and the crew of first responders rush to the scene to rescue victims both inside and outside the sports stadium. The premiere will also follow May (Corrine Messiah) on her first day of college, while Maddie and Chimney go to couple’s therapy.

9-1-1 is a medical drama created by the Fox Broadcasting Company that follows the lives of Los Angeles first responders, including police officers, paramedics, firefighters, and 911 dispatchers. The series premiered on January 3, 2018, and is created by Ryan Murphy, Brad Falchuk, and Tim Minear. Season 6 of 9-1-1 is set to premiere on Fox on Monday, Sept. 19 at 8 p.m. ET on Fox.

In the meantime, you can check out the trailer for Season 6 below:

How To Connect Discord To Xbox

Dive into the epic RUNA