9-1-1 Returned With One Character Out Of Commission In The Season 6 Premiere, So When Will They Return? 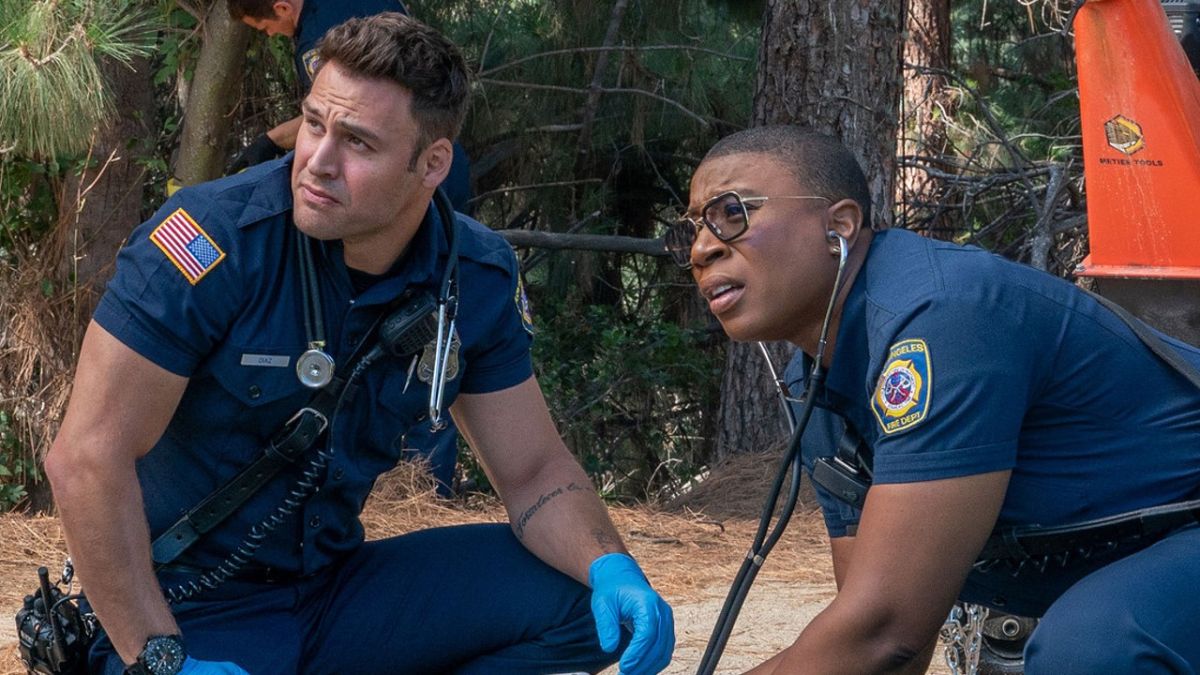 Warning! The following contains spoilers for the 9-1-1 Season 6 premiere “Let The Games Begin.” Read at your own risk!

9-1-1 made a big splash in its Season 6 return and dropped a lot of reveals that will likely dominate the first weeks of the season with the drama that unfolds. While things got moving for much of the 118, there was one pretty notable character from Season 5 who was out of commission. Arielle Kebbel‘s Lucy revealed she won’t be around for a while, but when will fans see her back on the Fox series?

Lucy appeared via webcam at the start of the Season 6 premiere and explained to her coworkers that she rolled an ankle while playing football with her family, and will be gone for a bit. Of course, that’s kind of a vague note to leave things on for fans, so EW asked showrunner Kristen Reidel about when we might expect to see the character again:

It looks like Lucy will return to 9-1-1, but fans shouldn’t expect to see her until the back half of the season. That might be a bummer for those hoping to see some romance develop between Lucy and Buck in Season 6, especially after that kiss in Season 5.

At the same time, now doesn’t seem like the best time for Buck to be in a romance. He spent the bulk of the Season 6 premiere trying to prove that he was capable of serving as interim Captain while Bobby was away on his honeymoon, and annoyed his coworkers in the process. Bobby ultimately passed the interim job to Hen, which Buck thought could’ve been because the Captain learned he was struggling to make simple decisions on things like a new couch.

Bobby assured Buck that he was doing a fine job as a firefighter, and after a bit of a pep talk, Buck realized how to handle his couch situation. The final moments of 9-1-1‘s premiere showed Buck move a single chair into the space where his couch sat, which felt symbolic of a deeper theme to his story this season. For once, Buck isn’t worrying about making space for others, and instead focusing on himself.

Buck’s relationships dominated much of 9-1-1‘s story over the years, so I can understand fans wanting to see him jump right into another relationship with Lucy now that Taylor is officially out of the picture. At the same time, Buck hasn’t had a lot of luck just rolling from relationship to relationship, so maybe it is high time for him to take a moment to evaluate himself and figure out what he wants first. If he can do that, then perhaps he’ll be properly ready for a relationship when Lucy returns to the 118, assuming that’s something either of them want. We still don’t really know where things stand with them, though we may find out later in the season.

9-1-1 airs on Fox on Mondays at 8:00 p.m. ET. It’s one of many returning favorites mixed in with all the new shows arriving as the fall television starts, so be sure to keep an eye out for it and other great things coming to television in the coming weeks.