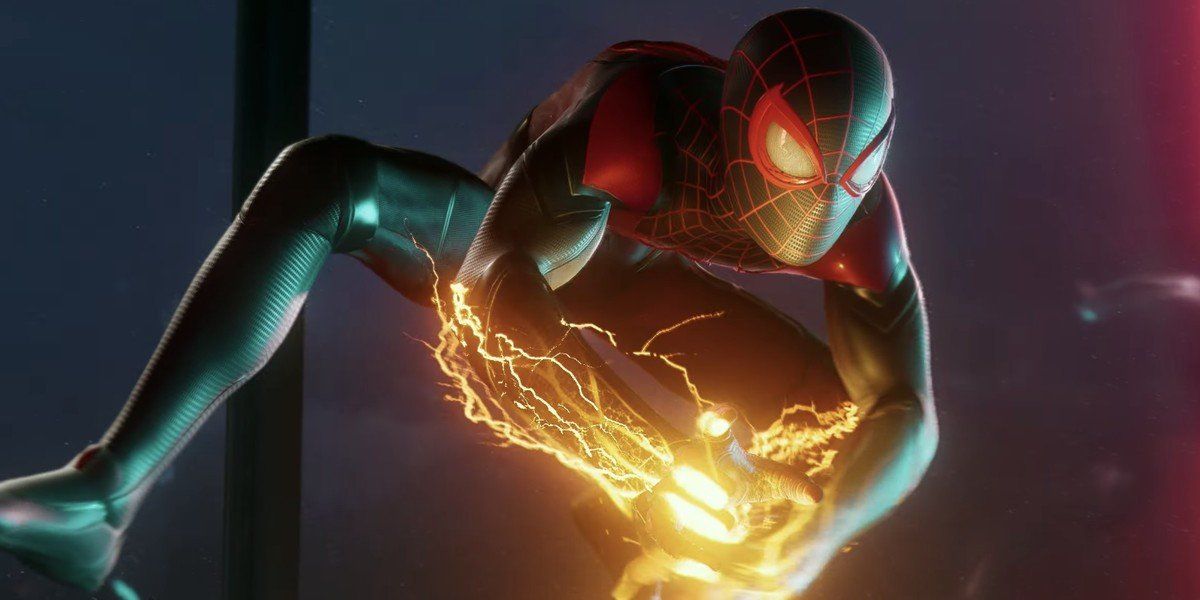 There’s no denying it. Spider-Man: Into The Spider-Verse is one of the greatest Spider-Man movies ever. It won an Academy Award for Animation (beating Pixar!), it introduced Miles Morales to a public that may not have read the original Brian Michael Bendis and Sara Pichelli comics. And it also established Spider-Man for a whole new generation. For example, Miles Morales is my son’s Spider-Man. Not Peter Parker. Miles Morales. Which meant that when Playstation’s Spider-Man: Miles Morales came out, I just had to get it! For the both of us, of course. Not just for myself. Ahem.

But anyway, after beating the game, I noticed quite a few similarities between the popular movie and the game, but also many differences. Let it be known, the Miles you’re getting in the video game is almost nothing like the one you’re getting in the movie. This is not a bad thing at all since I love that there are different versions of Miles, just as there are different versions of Peter Parker. Here’s hoping that we can someday get a sprawling Miles Morales movie or game with the different variations like we might be getting with Peter Parker in the next mainline Spider-Man movie. Web-shooters crossed! But in the meantime, here are 5 major differences between the Miles Morales in the movie and in the game. Oh, and MAJOR spoilers up ahead for both the movie and the Playstation title, so wall crawl at your own discretion. Thwip!

Miles Morales is a 14-year-old middle school Student in Spider-Man: Into The Spider-Verse. This is likely because the movie is PG and aimed at a young adult audience. In the film, Miles is just starting out at Brooklyn Visions Academy after winning a lottery. He has a roommate, who I’m assuming is Genke Lee, even though his name isn’t uttered in the movie. And he’s having a hard time just growing up and going through puberty, which he apparently already went through because he’s (deepens voice) a man.

The Miles in the video game is a bit older, at 17. He’s a senior in high school and has spent a lot of time idolizing the original Spider-Man and is actually filling in for him. Unlike the Miles in the movie, this one has lost his father, so that influences a lot of his decisions. He just wants to live up to his father’s high standards and do right by his memory.

Miles’ Relationship With His Uncle Aaron

In the movie, Miles has a very close relationship with his Uncle Aaron, who is voiced by the always magnificent Marhershala Ali. So, it’s super surprising (If you didn’t already know) that his uncle is the stealthy villain, The Prowler. A lot of Miles’ internal conflict in the movie is both about how he’s supposed to deal with his uncle not knowing that he’s Spider-Man, and also after the death of his uncle at the hands of The Kingpin. No matter the dimension, Spider-Man always has to lose somebody close, and in this dimension, Miles has to lose his Uncle Aaron. It breaks him, but it also pushes him to be greater.

In the video game, Uncle Aaron actually knows Miles is Spider-Man early on, even giving him a train ticket so he can fast travel all over the city. This Uncle Aaron is also an outcast in the family once Miles’ dad learned that he was The Prowler, but he also doesn’t want Miles to get hurt, so he tries to lock him up to prevent him from getting in the middle of a company called Roxxon. In the end, Miles breaks free and The Prowler makes good. So, no death for Uncle Aaron in this version. Thank Odin.

Spider-Man: Into The Spider-Verse is amazing since it acts as both an origin story for Miles Morales and also the Spider-Verse in general. In that way, we get a Miles just starting out and one who doubts himself for a great deal of the movie. This is fine since we also arguably get the greatest Peter Parker of all time with Jake Johnson’s portrayal of Peter B. Parker. So, it really doesn’t feel like a slog getting to see Miles try and fail before he ultimately succeeds.

In the game, Miles Morales has actually been working with Peter Parker for about a year now and learning the ropes, er, the webs from him. He’s gotten the hang of pretty much all of Spider-Man’s abilities and is just learning his new powers, like the venom strike and invisibility along the way. But he’s definitely not as green as the Miles from the movie, which is a blessing. That doesn’t sound too fun as a game, now does it?

Miles’ Responsibility As The Web-Slinger

This is one area where the movie and the game are actually pretty similar. In the movie, the old Spider-Man, voiced by Chris Pine gets murdered by Kingpin, leaving a gaping hole in this dimension for a Spider-Man. Miles Morales soon learns that he must become this dimension’s Spider-Man, and he does so out of necessity. It’s all just a leap of faith.

In the game, Miles also has to take over as Spider-Man out of necessity, but this time, it’s because Peter Parker is going on vacation with Mary Jane. So Miles is now in charge, and he grows as a character throughout the game. And he has to learn fast, too, because his villain might just destroy the whole city. And about her…

In the movie, Miles Morales’ main antagonist is The Kingpin. Yes, he gets chased around by The Prowler quite a bit early on, but The Kingpin is the one who sets all the problems in motion. But here’s the thing. While The Kingpin is definitely a Spider-Man villain through and through, most people often associate him more with Daredevil. So, while I love The Kingpin in this movie, I kind of think that another villain might have been better. Like maybe the female version of Dr. Octopus. But you know what, I’m going to stop right there since this movie is pretty much perfect and I shouldn’t really complain.

But the video game’s villain is a lot more interesting. In the game, Miles must face off against The Tinkerer, who is a low-grade, D-level Spider-Man villain at best, but is made relevant by the fact that this version has a close relationship with Miles. Because in the game, The Tinkerer is actually Miles’ best friend Phin Mason (the original Tinkerer’s name was Phineas Mason), so the connection between them is much closer, making for a very intriguing match-up.

And those are just 5 major differences between the movie and the game. But what are your thoughts? Have you played Spider-Man on the Playstation 4 or 5 (I sure hope so, since I spoiled almost the entire game)? If so, which Miles do you prefer? Sound off in the poll or in the comments section down below.

This poll is no longer available.