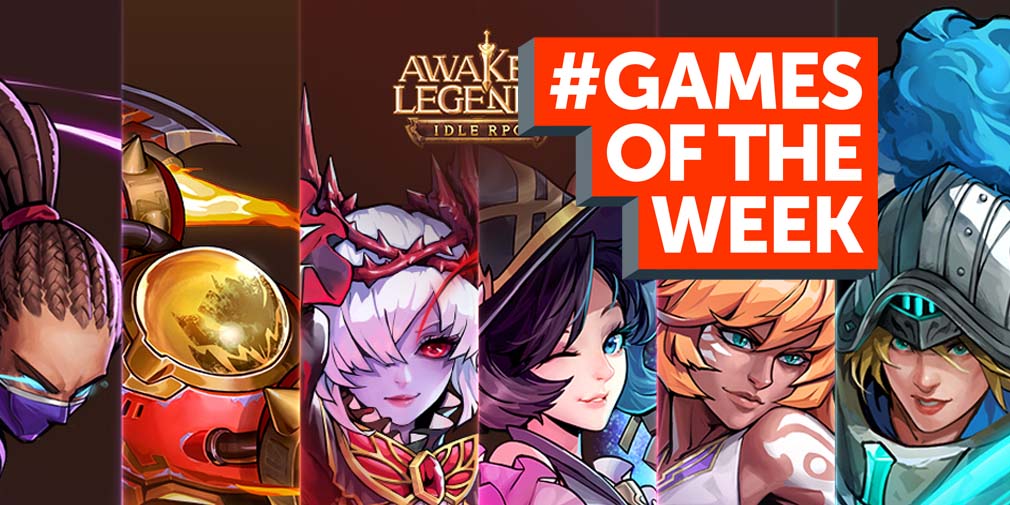 This highly anticipated MMORPG is a brand-new adventure in the wildly popular Summoners War franchise. Players will take their pick among three Summoners with different roles (Orbia, Kina and Cleaf) and summon 350 different types of Monsters that fans of the IP know and love.

The game also features Infinite Monster compositions that can help players strategise the best team formations in battle, along with challenging dungeons to discover, a vast world to explore, and competitive PvP to test their skills with. Players can also take a breather from all the fighting with the game’s colourful mining and fishing content.

Featuring gorgeous character art and a host of unique heroes to summon, this new AFK title from Webzen is a welcome entry into the idle gaming genre. Players can aim for the top spot in the real-time PvP Open Arena to feed their competitive streak, or collect 50 vibrant heroes across different factions to add to their roster.

The game also features roguelite elements in the Lost Mystic Realm, as well as weapon crafting in the WorkShop and material production in the Alchemy Atelier.

Out now in North America, Ragnarok Begins takes players back to the world of Midgard in a side-scrolling MMORPG. The game features familiar elements from the classic Ragnarok Online franchise, which includes fan-fave locations and monsters all wrapped up nicely in a cross-platform package.

The game also boasts various modes that spice things up like the ever-challenging Endless Tower and the competitive arenas of Valhalla. As for the combat, players can enjoy more precise AoE control with non-targeting – plus, they can customise their gear depending on classic jobs from the popular IP.

The King of Fighters Arena

Netmarble’s follow-up to The King of Fighters ALL STAR is a new real-time fighting PVP game that garnered more than two million sign-ups during its pre-registration period. Players can enjoy controls optimised for mobile devices as they duke it out with other fighters across the globe.

This quirky little action-packed title is a charming pixel-art brawler that pays tribute to the glory days of 80s and 90s pop culture. Players can enjoy Easter eggs and plenty of references across 6 stages filled with fearsome foes.

The free-to-play game also lets you team up with up to 3 other players in local and online co-op play. There are 11 playable characters along with a Versus Mode, a Survival Mode, 2 Bonus Levels, and tons of nostalgic yet frenetic fun.

How to Get More Food and Water